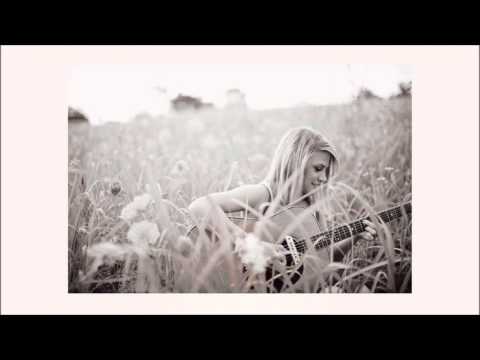 The phone line outside my house
Wonder what words it has seen
What would happen if they all spilled out
And, I got the lovley ones for free

Tie them in a bow and send them your way
On the fastest train I know, to get to you
Do I really need a reason besides "I want too"
And I've got an unending debt to love you

If you were to say that you love Thursdays
I'd do my best to plan
I'd find a way, convince them to escape from there usual weekday clans
I'd set them right, so there side by side
On a calendar for you
Throw the old one out
Keep the yellow storage house of sunny Saturdays too
Free for you to use

간략한 아티스트 소개 (출처 : 위키피디아
Jillian Anita Chapman (known professionally as Jillian Edwards; born November 28, 1988) is an American singer-songwriter who primarily plays indie folk and indie pop. She has released four musical works, Galaxies & Such in 2009, Headfirst in 2011, Daydream and All My Christmases in 2014.
Edwards was born Jillian Anita Edwards, on November 28, 1988, in Dallas, Texas, alongside her twin brother, Cole, to father David Edwards, and mother Sandra (née, Gregg), where they were raised with two older sisters in Richardson, Texas. After graduating from Lloyd V. Berkner High School, she attended Baylor University where she learned and honed her craft by performing at local coffee shops.
Edwards' music recording career started in August 2009, with her self-released EP Galaxies & Such. Her subsequent release, Headfirst, was released in November 2011. The project was her first to chart on Billboard, where it placed on five charts: The Billboard 200 at No. 187, Folk Albums at No. 6, Rock Albums at No. 32, Independent Albums at No. 28, and Heatseekers Albums at No. 2.[15][16] In March 2014, she released the studio album Daydream with My Little Gypsy Records. This album was placed on three Billboard magazine charts, where it peaked at No. 6 on Folk Albums, No. 33 on Independent Albums, and No. 6 on Heatseekers Albums. She released a Christmas EP, All My Christmases, in November 2014, by My Little Gypsy Records. In July of 2016, she started a campaign to crowdfund her next full-length project, an album of cover songs, through PledgeMusic. The album, titled Covers, was fully funded and released in November of 2016. It includes Edwards' own renditions of popular songs from various genres and eras such as "God Only Knows" by The Beach Boys, "No One" by Alicia Keys, and "I Want You to Want Me" by Cheap Trick.

Your post was upvoted by @steem-ua, new Steem dApp, using UserAuthority for algorithmic post curation!
Your UA account score is currently 4.224 which ranks you at #3064 across all Steem accounts.
Your rank has improved 123 places in the last three days (old rank 3187).

In our last Algorithmic Curation Round, consisting of 366 contributions, your post is ranked at #270.