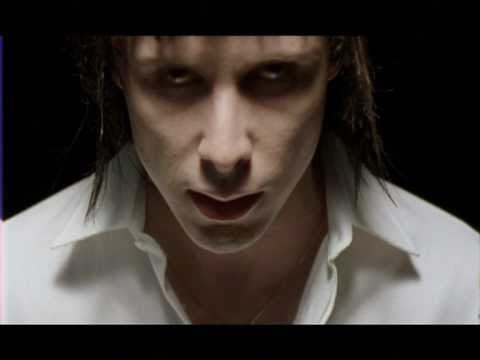 Give me a low five
Cause i can't help myself
I'm a low five downsize no-one else
Do you love yourself ?

Sneaker Pimps are a British trip hop band formed in Hartlepool, England, in 1994. They are best known for their first album, Becoming X (1996), and the singles "6 Underground" and "Spin Spin Sugar". They took their name from an article the Beastie Boys published in their Grand Royal magazine about a man they hired to track down classic sneakers.

The band was founded by Liam Howe and Chris Corner, who later recruited Kelli Ali (then known as Kelli Dayton) as lead singer, and long-time friend Ian Pickering to co-write the lyrics. After the first album, the band felt that demos for the second album (on which Corner provided the guide vocals) better suited his voice, especially in regard to the more raw, personal quality of the lyrics. Following the promotional tour for Becoming X, Dayton was dismissed from the group, and Corner became the singer.

In May 2015, founding member Liam Howe hinted via Twitter that Sneaker Pimps would return. In April 2016, Chris Corner (as IAMX) seemingly confirmed their plans to release a fourth album in an image posted to Twitter.

History
Chris Corner and Liam Howe met as teenagers in the eighties, both taking an interest in recording and studio experimentation. They banded together under the name F.R.I.S.K. and produced the "Soul of Indiscretion" EP, an early example of what became known as trip-hop. The mix of beats and acoustic folk sounds was further explored on two more instrumental EPs: "F.R.I.S.K." and "World as a Cone". They were signed to Clean Up Records. The duo's early DJ and production efforts took the alias Line of Flight.

As their music evolved, Howe and Corner began to tire of the non-vocal format, and wanted to explore making music with more pop leanings. They drafted school friend Ian Pickering to assist in writing lyrics for what would eventually become the album Becoming X. Chris Corner recorded vocals for several demo tracks, but the band decided the kind of music they were writing better suited a female vocal. At their manager's suggestion, they saw Kelli Dayton performing in a pub and recruited her to join on vocals. Finally the band came together with friends Joe Wilson on bass and Dave Westlake on drums and percussion, and began recording under the Sneaker Pimps name.

The 1996 debut album Becoming X was a runaway success, released during the peak popularity of the trip-hop genre. The album got them signed to Virgin America, and sold over a million copies. They toured the album for two years, including gigs alongside Aphex Twin. A 1998 remix album, Becoming Remixed, followed. After the tour, the band wrote their follow-up album, Splinter. Chris Corner again laid down the initial vocal demos, at which point he felt that his vocal style fit better with the direction their music was turning. At this time, Dayton was asked to leave the band, also in part due to the stress of the preceding tour. The band's lineup change led them to be dropped from Virgin, and the second album Splinter was instead released in the UK on Clean Up Records in 1999. Splinter featured more traditional instrumentation, acoustic guitars, and downbeat tempos. With the band's change in direction, Splinter did not match the commercial success of Becoming X, but solidified a cult fanbase.

Their third album Bloodsport was released on Tommy Boy Records in 2002. Songs from the album were previewed during in a 2001 European tour opening for Placebo. A more dance-oriented album than its predecessor, Bloodsport contains influences of new wave, pop, funk, and alternative combined with a residue of trip-hop. Cynical takes on fame and celebrity are a recurring lyrical theme throughout the album.

In 2003, the band's website stated they had "decided to undergo a mutation" and announced the launch of Chris Corner's new project, IAMX. A fourth Sneaker Pimps album was demoed but shelved, and is referred to in fan circles as SP4. Many of the songs would be finalized and recorded by Corner on the first two IAMX albums. Although the band's website hinted through 2005 that new Sneaker Pimps material and 5.1 Surround Sound re-releases of the first two albums were on the way, these plans never materialized and band members focused instead on varying side projects.

In May 2015, founding member Liam Howe hinted that Sneaker Pimps would return. He later reinforced this on a new Sneaker Pimps Twitter account.[3] Corner has commented that he would like to be involved in future Sneaker Pimps projects if other band members are equally interested.

In December 2016, Dayton (under her solo artist name, Kelli Ali) announced details of her forthcoming project called "Ghostdriver" - A new solo album & Soundtrack to her independent feature-length film debut (featuring Ali as writer, director and performer), which would be produced concurrently via a crowdfunding campaign on the PledgeMusic platform. On 26 January 2019, a digital edition of the full 15 track "Ghostdriver" album was pre-released exclusively to fans who had donated to the campaign, with an announcement that her former Sneaker Pimps band-mate, Liam Howe, contributed extensively to the mix and additional production of the album, notably marking the first collaboration between two original Sneaker Pimps band members since their disbandment. In addition, the announcement confirmed that the full commercial release of the album will follow later in 2019 in conjunction with the release of the final film.

In May, 2019, Chris Corner announced via an IAMX Patreon update that he was 'deep into a fourth Sneaker Pimps album' with fellow friend and band-mate Liam Howe in Los Angeles.

Your post was upvoted by @steem-ua, new Steem dApp, using UserAuthority for algorithmic post curation!
Your UA account score is currently 3.536 which ranks you at #6126 across all Steem accounts.
Your rank has improved 16 places in the last three days (old rank 6142).

In our last Algorithmic Curation Round, consisting of 166 contributions, your post is ranked at #83.