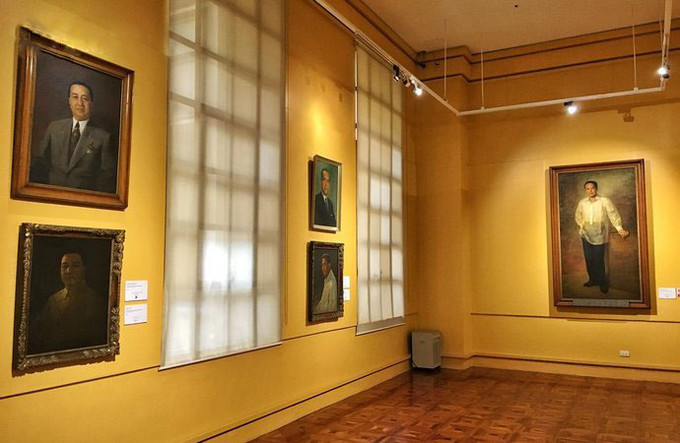 In terms of ancient civilization, the Philippine culture is not prominent. It bears the brunt of colonial history.
Spain implanted a single deformed colonial economic structure for the Philippines; after the Spanish-American War, the United States intensified the asylum system and the dependency relationship between masters and slaves, hindering the development of modern democracy; Marcos' dictatorship eventually led to the Philippines, which had scorned the entire Southeast Asia at the beginning of its independence. The economy plummeted.
The brief description is: Spain + America + Marcos

If you are interested in the strange things of indigenous peoples, you are welcome to come to the National Museum of the Philippines: the different textile cultures, intangible cultural heritage, farming, weaving, fishing and hunting tools in various places are enough to satisfy your curiosity.
When you turn the corner and see Chinese porcelain in a museum in a foreign country, you may be surrounded by cordiality and pride.
The museum is next to Rizal Park, opposite the National Gallery, just across the road. The museum exhibits religious art as well as modern and contemporary art, not to be missed.

The thinking of the ancients is very strange. They named the Castle of Santiago after the Portuguese patron saint, but used it to imprison and execute important political prisoners.
Today, the ancient fort and the wide golf course outside the city walls coexist, together with the Rizal Memorial Museum, which was transformed from a small cell that held countless Filipino patriots, for tourists to visit.
Fuxi Rizal has a poem: "When the sky breaks through, I will die forever. The hazy night is over, and the light knows that the day is coming."
He is proficient in 22 languages ​​including Chinese, English, French, German, Latin and Hokkien. He is a national hero who resists Spanish colonial rule and fights for independence and freedom. However, the father of the Philippines was shot and killed by Spanish colonists at the age of 35. Pass away.

No art, no life.
The most well-known art form in the Philippines is bulol, the sacred wooden statue of Ifugao sculptures. For centuries, these statues have been used to protect rice fields. Today its replicas are found in souvenir shops across the Philippines.
From the painting world during the Spanish rule to modern contemporaryism, if you can't remember long and slurred foreign names, you can first remember the talented Chinese painter Ang Kiukok. The "national artist" of the Philippines, he opened his eyes with his wild cubist works such as "Cockfighting", "The Stray Dog" and "The Tormented Couple".
Take a little more time to remember Juan Luna and Spoliarium, Idalgue and Oedipus and Antigone, Impressionist Ano Solo, Hong’s salvation teacher Magsaysay, Benedik To Cabrera and Tan'awan Village, when you visit the Museum of Art, even if you meet a local Filipino, you won’t be ignorant while chatting.

The Ayala Museum seems to place more emphasis on history than the National Museum of the Philippines. It tells the history of the Philippines from the colonial rule of the early Spanish, the Chinese immigration, and the later arrival of the Americans. But it is small and delicate, and the overall emphasis is on art.
Here, art is never out of date.
In addition to basic construction, there are often new performances and exhibitions, such as the ceramic exhibition in September this year and the candlelight oil painting exhibition that just ended a few days ago. It is worth mentioning that the members of 3,500 Sobi can enjoy all the invitations for performances and exhibitions within one year, which is a good benefit for art fanatics.
The Ayala Museum is located in the core area of ​​Makati District, adjacent to the Ayala shopping mall, Greenbelt Phase II. You can come here to get spiritual food in the gap after shopping.

For architectural design fans, how this stone-built church has survived five earthquakes and two world wars and has survived five earthquakes and two world wars. It is of great interest to become the oldest stone church in the Philippines.
For painting fans, the exquisite reliefs of the church, the superb paintings about biblical stories, and the bone fans, embroidery and porcelain in the church museum about China will all bring surprises.
The entrance fee to the Saint Augustine Church Museum is 200 pesos, and the entrance fee for students and children less than 4 years old is 160 pesos. If it happens to happen to a pure white wedding, you will never forget the itinerary of church + wedding + museum.

Manila is characterized by many churches. Manila Cathedral is also one of the representatives. The exterior of the church is solemn and solemn, with a feeling of game scene architecture. Accompanied by the sound of the organ playing, I observe the sculptures I look at, marveling at the artistic techniques, but also falling into quiet thinking.
The nearest station to Manila Cathedral is Central Station, or you can walk from St. Augustine’s Church.