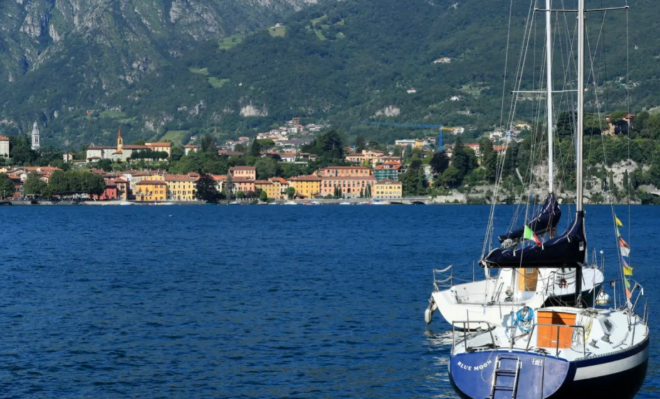 In Lombardy, Italy, a freshwater lake originated from glaciers. To the north of the lake is the Alps. Its area is 146 square kilometers, the average depth is 154 meters, the deepest point is 425 meters, and the circumference of the lake is 160 kilometers. It is the third largest lake in Italy after Lake Garda and Lake Maggiore.