Blockchain technology accelerates the promotion of currency substitution, industry maturity determines who wins and who loses 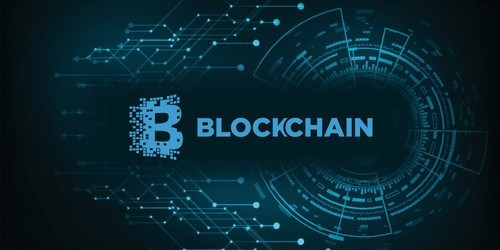 With the rapid development of digital technologies such as blockchain, big data, cloud computing and artificial intelligence, the influence of technology on the evolution of currency has further deepened and reached an unprecedented state. This kind of influence may trigger the reform of the entire monetary and financial system, so it has attracted widespread attention from central banks, industry and academia in various countries.

After 2016, central banks of various countries have also begun to take action to carry out central bank cryptocurrency experiments based on blockchain technology, such as the Jasper project in Canada, the Ubin project in Singapore, the Stella project in the European Central Bank and the Bank of Japan, and the Inthanon project in Thailand. There is also the LionRock project in Hong Kong, my country.

Yao Qian believes that blockchain technology has the advantages of being difficult to tamper with, traceable, traceable, safe and reliable, heterogeneous and multi-active, and intelligent execution. It is the prototype of a new generation of information infrastructure, a new type of value exchange technology, distributed Cooperative production mechanism and the basis of a new algorithmic economic model. As a brand-new technology, blockchain certainly has shortcomings and shortcomings of one kind or another, but this just shows that the technology has huge room for improvement and development.

Blockchain rises to the height of national strategy, industry maturity determines who wins and who loses

As Yao Qian said in the article, this currency substitution revolution promoted by blockchain technology provides new references and options for society. As the underlying technical solution of blockchain technology, its maturity undoubtedly plays a decisive role in the outcome of this competition.

This is a case where blockchain technology has become more and more widely used in the real economy in recent years.

At present, many parts of the country are accelerating the deployment of blockchain, and local governments have successively introduced special policies for blockchain to actively support the blockchain industry. Recently, Beijing held a lecture on building a new development pattern, and it also proposed to vigorously promote the layout of the blockchain industry, support innovation projects to become bigger and stronger, and cultivate a group of unicorns and invisible champion companies. At the two sessions in Beijing this year, it was proposed to build a trusted digital infrastructure based on blockchain, optimize high-precision industry development policies, and promote the implementation of major projects.

As a Hong Kong-listed company, Beijing-based Ouke Yunchain Group has long made it clear that it will transform into a "blockchain technology application and development company."

Xu Mingxing, the founder of Oukeyunchain, once again talked about his dreams in an interview: "We hope to gather a group of talents who have dreams and have the ability to adapt to reality on the tortuous road and eventually turn dreams into reality. To lay a solid foundation for the steady development of the new infrastructure represented by the blockchain industry in China, promote the acceleration of the blockchain industry to enable reality, and export our own technology to the world to change our lives in China."

Mike, the product vice president of OKLink, a subsidiary of Ouke Cloud Chain Group, used to work for Ant Group. In an occasional conversation, he coincided with Xu Mingxing. Mike believes that blockchain represents the future. As Xu Mingxing, who was engaged in blockchain research and development earlier, hopes that this Internet giant with a background in finance and technology can work with him to find a path to combine blockchain with the physical world.

In the end, Mike chose to build OKLink into a neutral third-party data platform in the future.After integrating APIs, he will become the Bloomberg of the blockchain, for every enterprise, institution, media unit, and individual who needs data on the blockchain. Provide comprehensive and accurate data services.

Now, OKLink has collected the on-chain data of 9 major blockchains, and derived a number of visual indicators based on these, including block production data, computing power data, chain address information and so on.

And the reason Mike achieved such a result is that Xu Mingxing gave OKLink the space to ``play to the full'' with innovation, and on the other hand, it is because the industrial layout of the Ouke Cloud Chain that he relies on is already an integrated blockchain. Data, blockchain technology R&D and application, blockchain industry investment, blockchain incubator, blockchain security and other business industry groups.

In 2013, Xu Mingxing's blockchain dream started from a windowless office. OKCoin was formally established and quickly developed into one of the three largest digital asset trading platforms in China at that time. In 2017, OKCoin started its transformation.

In Xu Mingxing's mind, the belief in technology geeks has always been there.

"As one of the earliest start-up companies in China's blockchain industry, we shoulder the historical mission of promoting the development of China's blockchain technology and participating in the global competition of blockchain. We will increase investment in the development and application of blockchain technology. Actively participate in global competition and cooperation, and aspire to win a place for China on the global blockchain arena." Xu Mingxing said in the 2017 "Transformation" announcement.

Of course, the development and breakthrough of any technology cannot rely on one company or several companies, it must be supported by a broad social foundation and public cognition. Xu Mingxing has successively published industry books such as Blockchain: Reshaping the Economy and the World, Illustrated Blockchain, Token Economy and other industry books in recent years, taking the lead in the popularization of social science blockchain. It needs to be built on the basis of correct and broad cognition.

Who can win the new currency war in the future will depend on the maturity of the blockchain technology and who has a complete and systematic blockchain industry system.

It is precisely because of this that the blockchain has been raised to the height of national strategy in 2019 and will be included in the new infrastructure in 2020. Blockchain enters the realistic prospect, there is no doubt in the industry consensus. As Xu Mingxing said, it has the power to "change lives".