Pirates Attack on my Splinterlands Empire🏃‍♀️ 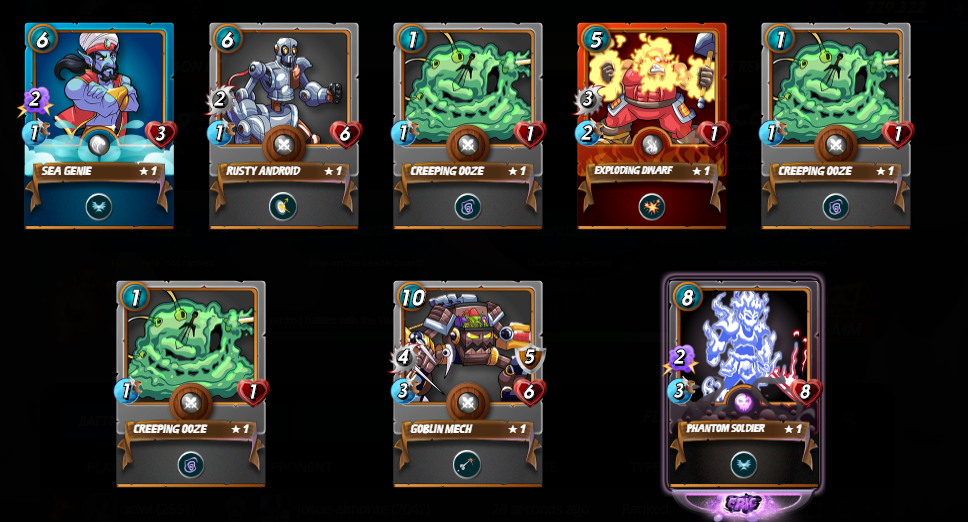 My 4th quest Reward cards. Today i got attacked by pirates. I and my forces were busy sleeping :P XD then suddenly pirates attacked my Splinterlands empire. Coward pirates :P XD. Since attack was so sudden still i and my monsters managed to defeat them.

Yea immediately i called my #AlricStormbringer. Head of my magic attack. With just blink of an eye, we were ready to fight against our enemies.

before moving ahead i wanna tell you about #AlricStormbringer

The oldest ΛZMΛRÉan Summoner, Alric Stormbringer, founded the modern arts of Chaos Magic. He has many pupils from around the Splinterlands. Alric’s gift is not so much bringing the storm, but channelling it. He has lived for hundreds of years, and some stories claim he was alive before the Splintering.source

Alright after losing and winning streaks we were able to win that battle against pirates :P XD and as a winning reward what we got lemme show :P

Thanks for this epic i needed it badly 🤦‍♀️🙄

well that's all, for now, see you all in next quest story till then bye shye