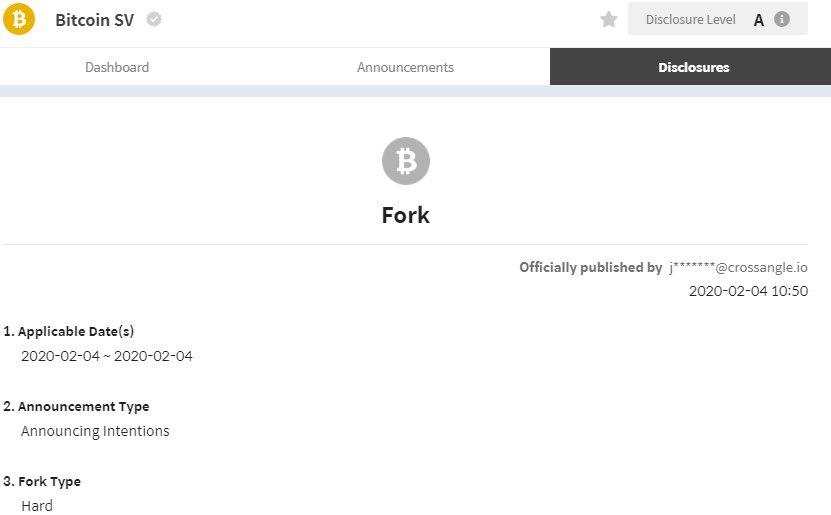 Bitcoin SV (BSV) has completed its Genesis Hardfork on the 4th of February, with the goal of: (1) unleashing its scaling potential, (2) restoring the original Bitcoin protocol and technical specifications, and (3) stabilizing the protocol. The hardfork took place at the block height of 620,538.

According to Xangle, the crypto disclosure platform, BSV is removing its block size hardcap to improve its transaction capacity and scalability. This change is expected to increase corporate/enterprise interest in BSV while increasing its mining profitability. BSV before the hardfork was capable of 1,000 transactions per second (TPS), with a theoretical limit of 9,000 TPS.

In order to restore the original bitcoin protocol and technical specifications, BSV is removing all ‘artificial’ limits imposed on the protocol. This includes restoring all the original functions once available on the Bitcoin Script language. The other goal behind the fork is to stabilize the protocol. BSV claims that just as how services were built on top of a relatively stable internet protocol, blockchains need a stable protocol too. BSV expects increased commercial activity on its network.

Despite the fork, BSV’s price after the fork is stable at $282. They had already seen a huge price movement in the last few weeks after the debacle regarding its founder Craig Wright and the alleged Tulip Trust that proves his identity as Satoshi Nakamoto.