Life of an Entrepreneur (LOAE) in Bangladesh : Part 1 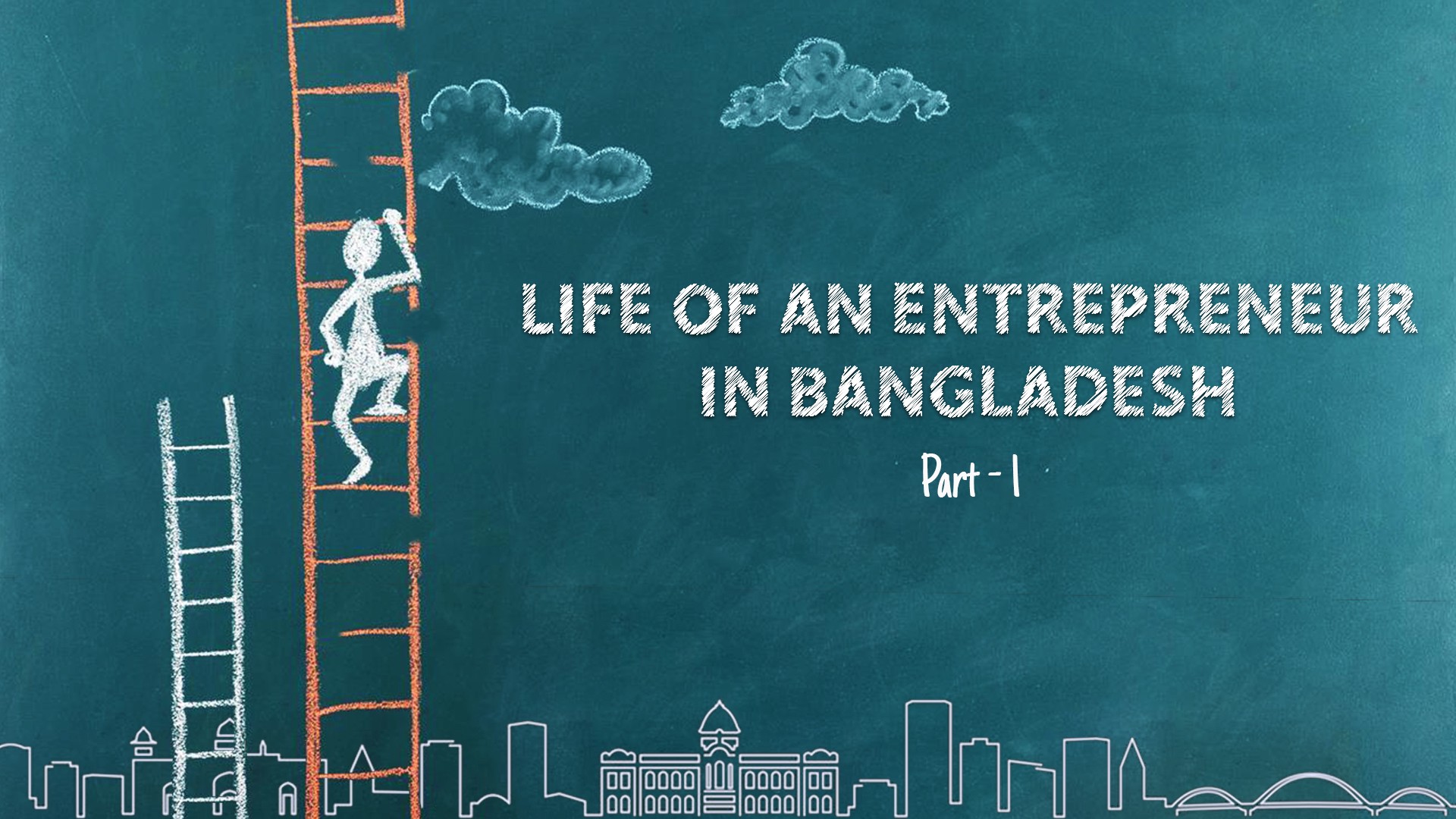 Based on true stories…the unique journey!

Those of us who lived to see the 90 s were lucky enough to witness the golden era of BTV. Yes, you heard me right the first time. There really was an era where BTV wasn’t all about the bumper growth of lime in Dinajpur during a national crisis. There was actually an era where BTV was the undisputed source of top entertainment for the higher, higher middle, middle and lower class people at the same time. Just like you find people gathering around televisions during the cricket games of Bangladesh nowadays, there were certain timelines where you would find people sitting in front of a television in clusters. Friday after lunch was such a time. They used to announce it as “Full Length Bangla Cinema” starring Jashim/ Alamgir/ Razzak/ Elias kanchon/ Omar Sunny most of the times. In many of those movies, we saw a common back story. The hero (in most cases Jashim or Eliyas) is born in a poor family where his father is a farmer/ day laborer. Our hero, for some unknown reason, has an insane level of hunger to go to school and study. His father is very reluctant to allow his son to go to school as it’s only a thing for rich kids. Poor kids like Elias should learn to be a farmer or day laborer, to protect the family legacy. Often we would see our hero getting beaten mercilessly by his father due to his adamant interest to pursue studies as education is supposed to be for rich kids only. Demeaning dialogues like “Goriber abar porashuna!”, “Goriber ghora rog”, “Shikkhito hoben uni, heh!” used to pop up!

Fast forward into time machine — after around 2 decades. Eliyas from a middle class family has just finished his Bachelor Degree. His parents want him to sit for BCS exam, to follow the path of his father. His relatives want him to be in the admin cadre. His super cute considerate girlfriend also wants him to sit for BCS to fight the upcoming proposals of marriage coming in her way as soon as she attends the wedding programs of relatives and friends (Isn’t she a visionary one?). But our Eliyas… well, he wants something else. He wants to be an entrepreneur! If this was part of a ‘full length Bangla cinema’, now is the time when thunder rumbles and sky falls down. Business? That’s absurd! It’s for the rich kids. You must be mental to think of something like this. If you weren’t a grown up kid, your father would have beaten you like Eliyas Kanchon’s father in the full length Bangla cinema. Demeaning dialogues like “Bill Gates hoben uni”, “Kichu paro na tai byabsha korte chaw” would pop up.

But Eliyas here, was adamant. He went on pursuing the path of the legends. He discovered the best business partner in his childhood friend. It was like a re-discovery. Not to mention he didn’t have any knowledge about business, but he was trusted. He can learn. Plus he can code. Every startup that has even a distant connection with tech now, needs a coder as a co-founder & CTO. Doesn’t matter even if the Chief Technical Officer has no experience of either being professionally technical or nor any official at any level. That’s Eliyas’ perspective after following some of the world’s biggest successes. The startup events or boot-camps weren’t a thing back then, only few startup ‘guru’s were there, most of them still pursuing their corporate job back then. So, Eliyas followed his basic intuition and focused on the basics of business- EARNING MONEY. He got a very good lead due to his personal connections and got themselves a meeting with a top and progressive company. The senior brother in the company who got them there made a deal with them that if they can get the work, he will get 35% of the total amount. Usually, he would settle for 25, but since it’s a new company, he has to spend on building ‘trust’. They agreed. After all, everybody needs a start. Just this one starting project. Then it’s highway to la la land.

The company loved their idea, but there was a minor complication. They are partnered up with a digital agency and by default, all their works have to come through them. Meaning, the concept has to come from them and they have to be the one doing it. So they hooks Eliyas up with one of the smart executives of the digital agency. She hears the idea and ask for a presentation, timeline and budget straight away within today. It was tough to pinpoint a budget with such an abstract concept. But Eliyas did it anyway. He drafted a budget of 5 lac in the span of 2 months and sent the pdf to the agency executive. She called him back and asked for the doc version because they have to edit it. He did accordingly, didn’t matter sending his company pad, after all you have to sacrifice stuff at the initial level. One hour later she calls back, furious. Eliyas must be joking as the company won’t even agree with a 6 digit budget for it. Plus there’s urgency as Eid is approaching. They have to be ready for beta launch in 2 weeks as Eid is 3 weeks away. Also, the agency must cultivate its costs. It is a big agency, it needs more money that Eliyas needs right now. Understandable. So after much bargain, the price for Eliyas is set at 50000 BDT. The executive says, “Bhaia don’t worry. We are not taking any profits here. In fact, we are incurring a loss. Because we want to promote you guys. Your first work order will be in our letterhead. What an extreme beginning of your portfolio it is! People would pay money to get this! ” She also tells Eliyas that if they can deliver this professionally, they will be flooded with works in “near future”. The CTO wasn’t convinced at first, saying there’s no way they can pull it off in such a short time and budget. But this ‘future work’ opportunity was too hard to ignore. They agreed.

Now it was time to hire and get a place for themselves. But landlords wouldn’t trust them thinking either they are illegal hackers or for simply being bachelors. Many of them also mistook them as computer maintenance guys/ ISP. After much hardship, they found a small place. But they had to pay advance and no office after 9 pm. So, they called the agency executive for money. They have written “80% of the amount shall have to be paid in advance” in t&c. But she wouldn’t receive the call. After one whole week she calls back saying that they were busy and client wasn’t responding. Now the work is confirmed and they can start working as they will provide the work order today. But there’s a small catch. Since the management delay, the project has to be handed over in 10 days. Shocked, Eliyas stammers and asks for advance. She seems to fall from the sky. Why would they need an advance for such a small project? They say necessity is the mother of well… what? I forgot, everything, maybe? Somehow, Eliyas squeezes out 20000 in cash from them at Thursday 4 pm. But he has promised the smart woman that they can see the demo after 9 days max. The CTO is gonna kill him, but desperate times, desperate measures.

The agency paid the rest of the payment after 9 months of project delivery , when the executive was about to switch her job. Eliyas asked his contact in the main company (the original client) about how much exactly did the agency charge.