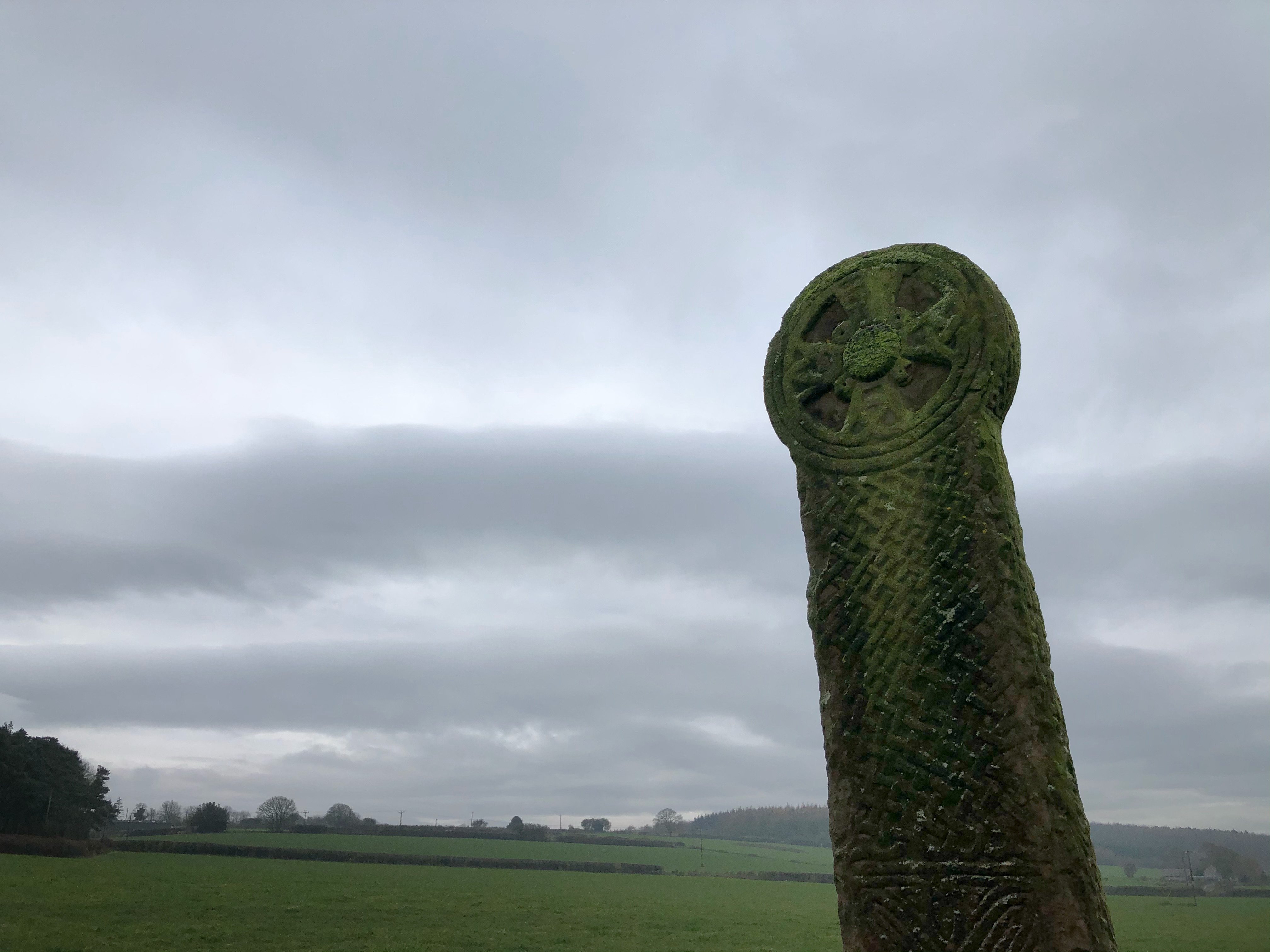 I took a short drive out yesterday to visit Maen Achwyfan stone cross in the nearby village of Whitford in North Wales.

The cross is shrouded in mystery and is a bit of a head-scratcher to local historians who are stumped as to its purpose and exact date of construction.

Generally believed to have been erected around 1000AD, the site sits on a Middle Age pilgrimage route, travelling from Holywell to St Davids.

7th Century, Celtic Saint, St Cwyfan was believed to have preached at the site, possibly owing to its name and a parish church in the neighbouring village of Dyserth was also renamed St Cwyfan's.

The site is not signposted other than this information board at the edge of the field and if you didn't know it was there you would miss it completely.

The cross itself is completely decorated with Celtic and Viking style rings, lace and knots and at twelve feet tall, it must have taken some years to complete.

Some believe it to be a lamentation stone, a place of penance, deep grieving and weeping.

Folklore has it that a mass grave of mutilated skeleton remains were found by road builders sometime in the 1800's, backing up the claims this is where warrior queen Boudica made her final stand against the Roman enemy.

The field is known locally in Welsh as 'cydio ar leni', roughly translated to the field of the 'seizing legions' in English, with her body believed to have been taken by the monks of nearby Basingwerk abbey and buried, six miles away, at Gop cairn; a neolithic burial site. This theory, would make the cross over nine-hundred years older than historians believe.

The markings are still detailed to this day and have stood the test of time well.

The west face of the monument has the image of a warrior holding a spear in one hand whilst holding the head of serpent in the other, with the body of the serpent curling under the feet.

The light was not great during my visit and the image is hard to make out. I've highlighted the area in red to show what I think I can see. There are better images available elsewhere online showing the markings in the sun, suggesting the figure is holding a spear, an axe in the other hand, a sheathed sword on their back and the serpent facing away from the warrior.

The rest of the decorations on the west face are similar to the ones found on the east, even visible through the lichen that has grown in the grooves.

I'm going to try and pick a few more of these off in the coming months after a trip down an abandoned gold mine in the morning...