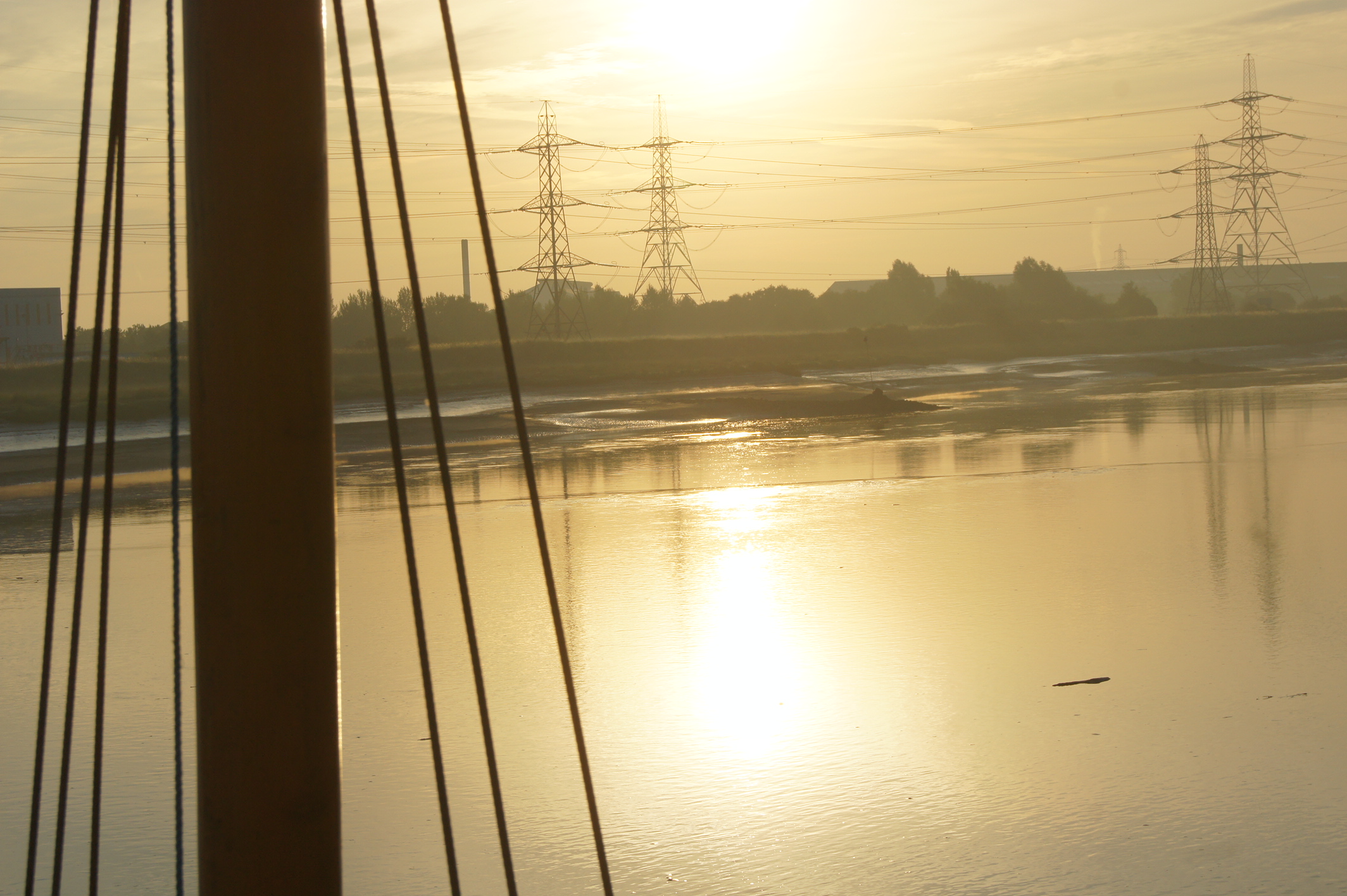 Whenever I try to sort through some old things I regularly get distracted by small nuggets of nostalgia that I've hoarded over the years. Whether they be old photo's, ticket stubs or interesting looking rocks and stones collected on my travels, they're guaranteed to extend my "sort outs" by a fair few hours!

So, during a recent sort out in the house in an attempt to create some storage space I came across that one item that, without fail, brings the job to a halt every time.

Sandwiched in between two, blue Adidas shoe boxes, but not completely covered, I could make out the shiny, golden strips of an SD card.

Within minutes the job was abandoned and the dusty bit of plastic had disappeared into the laptop.

On the screen appeared a load of images taken around five years ago when I purchased my first DSLR camera which used to go everywhere with me. Amongst the personal treasure trove of images were some shots I'd taken on a walk down the river one morning to catch the sunrise and the silhouettes of the fishing boats.

It was a bright morning once the sun was up and I remember being disappointed that it wasn't as orange as I'd hoped. I parked at one end of the dock and took the quiet, ten minute walk to the other end to take my shots. Usually there is a steady stream of cyclists travelling along the waterfront but this morning was strangely quiet and I had the place to myself.

Using the dock wall to steady my camera I began taking some shots looking through the masts of one of the trawlers, trying to capture the black outlines of the chains and ropes that tethered the tatty lump of metal to the dock wall.

There was a small bird resting on the boats moorings which kept flying to the opposite end to me depending where my camera popped over the dock wall.

The tide was low and I couldn't see the deck of the boat without poking my head over the wall and scaring the bird away in the process. Seabirds on the river like cormorants and herons scarper whenever a human comes close by but his little guy seemed to be playing with me.

On my next glare over the concrete wall I was shocked to see the brilliant blue of a kingfisher flash across the surface of the water. I'd seen them before from a distance but further in-land where the water is fresh and each bank is lined with overhanging trees, but never this close to the sea.

I popped my camera into my preferred setting and stalked my way to the other end of the boat where I hoped it had perched again. I didn't want to pop over too quickly as I didn't want to scare it away for good and I needed to keep the camera reasonably steady.

And so this was the tactic for the next ten minutes, back and forth, from stern to bow, and back again. I was made to work for my shots that's for sure!

I was grateful for the little poses though and the short delay in flying away allowing me to eliminate the blur. I was equally grateful that nobody else was around to watch me scurrying up and down the dock like a mad man!

What was a pretty poor effort at some silhouette shots, turned out to be some tidy captures of a shy, interesting and rare little beauty that just happened to have a mischievous streak!

Gotta love a kingfisher!
Hope you like the images and thanks for reading.