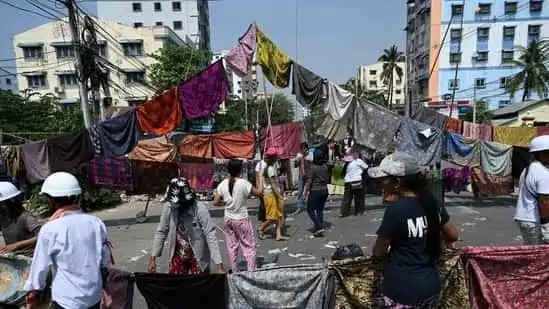 Several photographs from multiple protest sites in Myanmar have made their way to social media in which pro-democracy demonstrators can be seen using women’s clothes as the first line of defence. Protesters are stringing up women's clothing on lines across the streets to utilise a superstition in their favour.
In Myanmar, walking beneath wraparound clothes for women, known as longyi, is traditionally considered bad luck for men. In the photographs and videos circulating on social media, police can be seen taking down the lines of clothes before crossing them.

https://goldvoice.club/steem/@worldrelations/what-is-focus
Link for next article