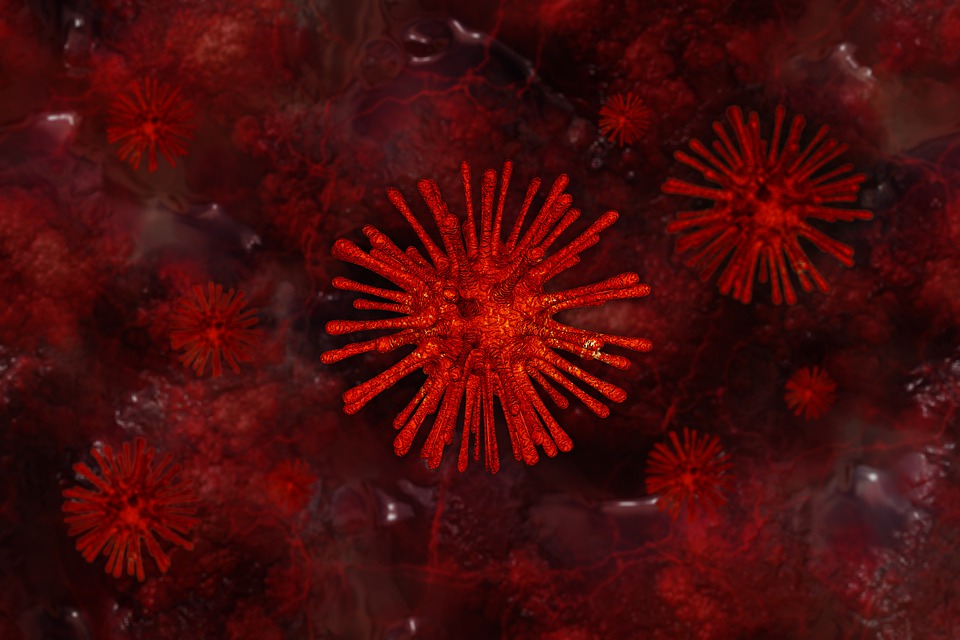 "Look at this here," the old, grey-haired gnome said to the fair-skinned youthful elf. "There's something even smaller in this water."

The elf looked over curiously. Ever since they invested in the new glassware coming across the ocean Horim could barely do his own research without some apprentice calling him over to see something new. The elf stooped low as he approached the gnome's desk and knelt on the ground to peer into the metal tubes that contained an odd combination of crystal clear concave and convex glass lenses. He rotated a prism reflecting candlelight to shine through a small hole in a disk at the bottom of the device.

"By the gods..." Horim's eye widened as he saw a small somewhat fuzzy ball-shaped mass wriggle its way through the water droplet that the gnome had put on a small thin slab of glass. "It appears to be injecting this other large orb with something. Guro, you should sketch this all down and take notes. Watch those orbs to see what they do."

"Of course, master," Guro said lifting his head from his sketchbook momentarily before going back to drawing the little creature. "Shall you inform the Four about these findings?"

"Not yet. I fear we may have discovered nothing more than a small mite. It almost appeared to be sucking its blood, but just in case I would like to know what it was doing to that other orb." Horim stared in amazement as within a few brief moments of penetration the little ball had been absorbed into the larger one. "What in the Blade..."

"Sir?" Guro stopped drawing and stepped towards Horim and the device.

"The larger orb appeared to eat the fuzzy ball," Horim exclaimed to the gnome. "Ceresin, settle my heart. Is this one of your creations too?"

"If it pleases my master, would you want me to fetch more of this water?" Guro looked to his master expectantly. The gnome was always looking for an excuse to leave the tower. Horim could hardly blame the poor man. He had spent 87 years as his apprentice, always at his side, day or night. And Horim always preferred the indoors which was uncommon amongst his kind.

"Of course, Guro," Horim said excitedly, turning to look at the gnome with a smile. "Bring back as much as you can carry, and do hurry."

Guro dashed out of the room, tossing his sketch pad onto the desk with the excitement of gnomish youth his grey hair disguised. Horim turned back to the glass and metal tube device and peered back inside. What he saw scared him, although he didn't quite know why it should. But the sight of hundreds of new fuzzy balls spewing forth from the larger orb was unsettling and sent chills up the elf's spine.

"Oh, you weren't created by Ceresin, were you?" Horim whispered to the dramatically multiplying fuzzy balls. "You are a creation of Jojurah"

A small scene from the renowned school of medicine humorously known as Maximum Humorium. I am so punny hehehe please don't hurt me.

Anyway, the school is designed based around the greek and roman tradition of the four humors. One of the masters of Phlegm has been studying the water people use to drink when outbreaks of various diseases appear and start killing the population. His discovery of bacteria 100 years back has lead to drastic increases in lifespans to all the races of the world, and now his apprentice may have discovered a different species of microscopic killers. Viruses.

The goddess mentioned, Ceresin is known to the elves as the goddess of holy creation, bringing forth all the good living creatures of the world, while they believe Jojurah, a devil-like god brings all the bad creatures. I honestly haven't decided if they are right yet or not. I don't know who created my world. Well, do. Some nerd on the internet named "worldbuilder" :D

We are running a Contest with over 50 Steem in total prizes!

This is an absolutely fantastic scene! I love the descriptions of the virus and the microscope! The two characters seem like a lot of fun. I hope we get to see more of these guys!

Its very nice seeing the reaction of a fantasy world to science, its something which is rarely addressed... After all when you can just cast "cure" there's little reason to investigate the cause.

Wonderful!
First I was going to tell you that I read and I was not satisfied because I got lost in reading. Characters appeared at the end that did not help the story but entangled it.

However, the last explanatory paragraphs made my opinion change. That's why I tell you that the story seems wonderful to me. It has been a great pleasure to have read you @worldbuilder

Sorry, that was a little tricky of me and I can see how that would be confusing. I wasn't quite sure how to make it clear he was talking about a deity, but wanted to include this odd pairing of gods I've been thinking about.

After the image everything was clarified. The story without that explanation is not understood.

Well written, intelligent, and clever - and what an awesome job of #worldbuilding, @worldbuilder! Calling on Greek and Roman traditions, the humors, the gods and goddesses - this is rich and imaginative. Congratulations on your @curie. You earned it!