Why Decentralized Platforms Will Lead the Future Evolution of the Web 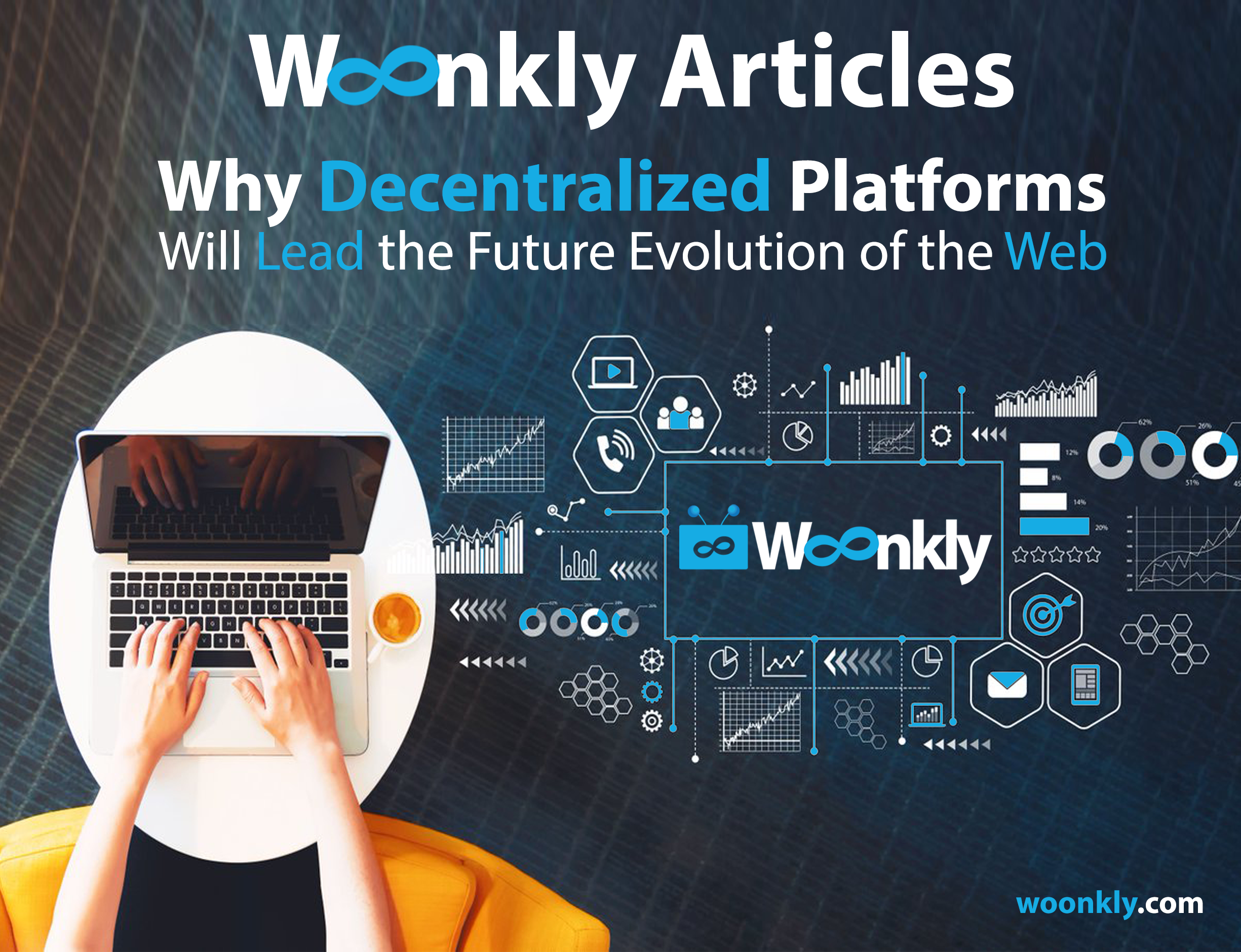 The centralized vs. decentralized debate may be reaching an inflection point. We should see a growing separation on 2020

Nowadays, we spend so much time online that even entertainment often comes from the internet. In the digital era that we are living on, and with the upcoming arrival of 5G networks, services like the radio and TV cable have become somewhat obsolete. Watching series, films, vlogs, etc. online is an essential part of the daily routine for millions of people worldwide. Each online service has its go-to brand name due to its success in the past years, user base, popularity, and so on.

If you want to watch an original series, you go to Netflix.

If you want to listen to music, your choice is Spotify.

And, when it comes to watching videos: there is YouTube.

Back in 2005, YouTube introduced an innovation for users of the internet. By allowing people from all the globe to upload and share videos, their platform soon grew in popularity. People had no simple way to share multimedia before online streaming arrived. To date, that single $ 1.65 billion acquisition has proved to be the most profitable business of the technological giant. What’s more, when Google acquired YouTube, the video platform gained the momentum that it still maintains.

As a fact, the use of new technologies by digital businesses is leading to changes in paradigms that were unforeseen some years ago. For instance, we have been used to watching shows on TV for decades. However, nowadays, we can access an extensive catalog of films, series, documentaries, and much more, seamlessly, from desktop, mobile, or even smart TVs. Streaming and on-demand video providers have been successful, but they could be a victim of their boom to some extent.

Lately, subscription models are the preferred choice of tech companies to secure income from their massive user base. However, do they provide enough value to the user according to their cost? YouTube Premium is worth $ 12 (or € 12 in the eurozone) while it offers the following features:

One of the main claims is the music service premium perks of Google (broadcasting, background play, music download, etc.). Compared to similar streaming services (Netflix, Amazon Prime Video, etc.) YouTube Premium is more expensive and has a not-so-large exclusive catalog. Moreover, streaming giants could commit too much to make exclusive the “new regular,” as happened with Apple's iPhones worth $ 1000. Users may turn to cheaper alternatives instead:

We already talked about the inconvenience of ads for users in a previous article (See The Problems with Ads). Unfortunately, users suffer an impaired experience due to the regular flow of announcements. Moreover, creators (the Youtubers) are treated differently according to their audiences, favoring those whose more influence within the viewers. Therefore, small channels do not have the same room for growth as in other platforms. What is a suitable alternative for streaming?

The Main Advantages of dApps for Streaming

The decentralized applications, shortly dApps, are the counterpart of the regular applications on the blockchain world. Moreover, dApps can overcome difficulties that regular apps struggle with, such as server downtimes, backdoor overlooks, and more. Thus, dApps have some intrinsic advantages over state-of-the-art applications that we still rely on every day, such as the following:

Of course, the decentralized solutions do not solve any possible issue but minimize the flaws in most cases. Regarding streaming services, the virtual impossibility of downtimes of servers in a peer-to-peer network is a big plus. What”s more, the ethos of decentralization synergizes with the spirit of a social network community. The ecosystem is sustainable by sharing the revenue from ads through incentivization and rewards for the community, miners, and content creators.

Just before Christmas, YouTube went on to remove videos and disabled channels on blockchain and cryptocurrencies without previous warning. Affected YouTubers received a strike as a consequence of this removal. And, shortly after, the chaos spread for a few days due to the lack of information from the company. Influencers like Crypt0 claimed that YouTube Support replied by saying it was all a mistake, the strikes would be removed, and the bans lifted eventually.

Moreover, Metamask’s client was also temporarily removed from Google Play due to another “mistake” since it was alleged that they had violated the policy against mining on mobiles — which they do not do. Based on the information by influencers, this was a corporate move in Google to regulate content about cryptocurrency and blockchain. Many channels that could be providing misleading information to their audience about cryptocurrencies and trading.

But just because your speech may not be the most logical out there, you do not deserve an instaban, right?
You should be able to express your ideas with more freedom online.

This move by Google and YouTube has incentivized the discussion about decentralized platforms. Being loyal to the spirit of the blockchain, a truly distributed ecosystem would not ban massively or censor content in the same way. Instead, other regulations could apply to make the community take part in what content remains available in the network. Unfortunately, YouTube is a centralized platform that depends on the decisions of a company, i.e., a minority of people, who can change their minds about a particular topic without previous notice, thus, changing the policies overnight.

How Woonkly Will Create a Fairer Ecosystem

Woonkly aims to lead the way to decentralized streaming services. In our platform, users can earn without subscription plans or expenses of any kind. By watching videos, viewers can collect tokens WOONK that can be used within the platform or traded with ETH. Advertisers can make use of their cryptocurrency to fund their campaigns and make their content go viral. And, content creators get revenue in proportion to the audience they reach, like happens on their regular counterparts.

In a nutshell, Woonkly introduces the following benefits to the streaming service:

To learn more about Woonkly, you can check this previous article. So, in other words, Woonkly pays back a percentage of the income from campaigns. Not only creators but also the viewers can get earnings with this model. How is this possible?

By automating the advertisement process from A to Z, without intermediaries, we can distribute tokens with the audience and video creators. Lastly, considering the limitations that influencers must overcome in regular streaming platforms, in the long run, they could make more money going decentralized.

The Need for a Sustainable Model for the Web

Nowadays, the infrastructures we trust have a centralized architecture. Thus, if your bank server is compromised, you may lose money in your account. Likewise, a backdoor exploit can expose your data stored in any third-party service, including payment methods. Considering the rate at which the online services are expanding worldwide, this path is potentially dangerous. On the bright side, true decentralization can provide several enhancements in security, UX, and transparency.

We live in an era of multinational technology corporations. However, not every step they take is in the right direction; greed may shadow their decisions in some cases. Although subscription models are the hottest trend in web 2.x and “everyone” is doing it, that does not mean it is sustainable. Yes, the most loyal users will follow, but once they consume the content they like, why pay?

Therefore, there is a competition to see who the ultimate streaming platform is. The current models are far from being sustainable because the companies get all the profit while users get the shorter end of the stick. Creators are not doing as good as before, despite them being responsible for dragging all the audience. When decentralized platforms mature, creators — and users — will follow.

Follow us on social networks to stay tuned about the updates of Woonkly: