Your best friend could be a CANNIBAL!! Be Vigilant!!? 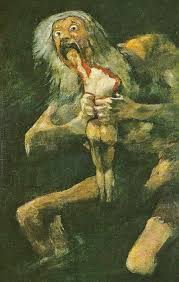 *Cannibalism and cannibals are still around , may be closer to you now than you think!

Cannibalism can be either the conscious eating of the dead or killing and hunting live humans either physically or surreptitiously. In some communities, the flesh is eaten off the the living being ,even as he is still alive!! In other scenarios, the killed or cadavers are dried , cooked and eaten as special delicacies.

Cannibalism abound in almost Continents of the world, but more in the remote communities excluded from the urban centres of the urban cities.

In the Americas , they are well represented in the jungles of most South American Countries . They abound in most middle and Eastern Europe.. They are fairly common in most wild settlements of the jungles in central African forests!I It s also rumoured that Eastern Nigeria were cannibals. This could not be substantiated presently.!!

Are there cannibals around your country or settlement?? Wouldn't you ibal😄😄

CANNIBALISM STILL THRIVE AROUND THESE LOCATIONS!!