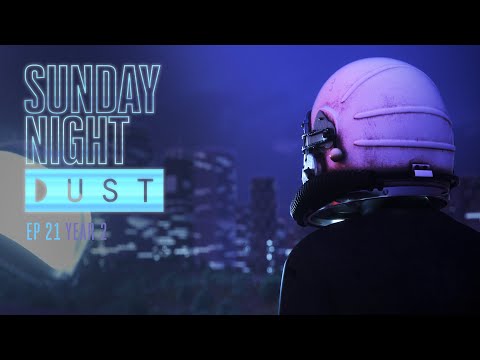 DUST
2.26M subscribers
Watch one hour of scifi short films from DUST and be sure to join the live stream every Sunday at 7pm PST!

This week's episode includes:
"How to be Human" by Bruno Centofanti
In a world where artificial intelligence has dismantled the human contribution, Adelphe (Scottish BAFTA-winner, Sophie Kennedy Clark) has to help her sister Kimi (Louise Salter) to lose her humanity.

"Custom Order" by Will Lowell
After a painful breakup, Aaron purchases a life-size doll to serve as a replacement for the companionship he has lost. This simple solution to his relationship problem is complicated by a visit from his ex.

"CC" by The Spear Sisters (Kailey and Sam Spear)
In this suspenseful sci-fi, an AID (Artificially Intelligent Device) by the name of CC, has been leased by a nanny agency to Lena to help care for her daughter. When a violent incident occurs between CC and Lena, an investigative team is tasked with determining exactly what happened.

"They Watch" by Andre LeBlanc
In an alternate future, an idealistic teen fights to expose the secrets of a corrupt system, unaware that someone is always watching.

"Orbit" by Nicholas Camp and Don Thiel III
In this sci-fi retelling of Edgar Allan Poe's "The Tell-Tale Heart," a pair of astronauts work on a small space station orbiting a distant planet. As the mysterious narrator attempts to convince himself of his sanity while describing his brutal act of murder, he becomes haunted by a thunderous heartbeat that could only come from the far reaches of space.

About DUST:
DUST presents thought-provoking science fiction content, exploring the future of humanity through the lens of science and technology. From timeless classics to cutting-edge movies, series, short films, and podcasts, DUST acquires, produces and distributes all content types.