What Is The Best Video Game Console Of All Time? 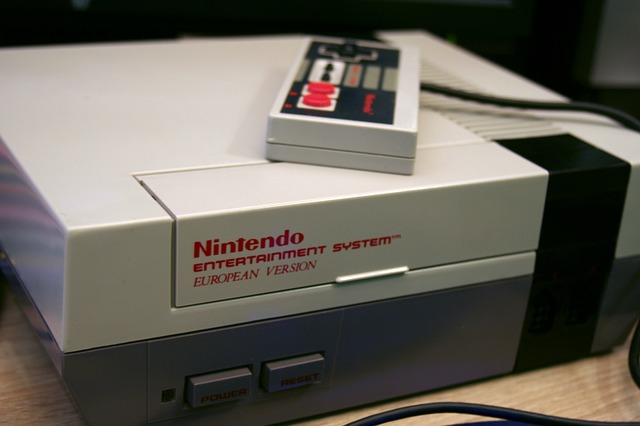 Alright time for a serious debate... what is the best video game console of all time. For this discussion you cannot select PC and you have to take off any backwards compatibility on any device. For example if you pick the Playstation 2 it has to be because of Playstation 2 games only and cannot include any Playstation one titles. But besides that you are free to pick any video game system. Please let me know in the comments.

The world of home video gaming changed the day the Nintendo game out. Sure the Atari was awesome but it was the 8-bit era where gaming started to become more than just a niche hobby. Nintendo was the classic console and starting so many strong franchises that we still see today. It has two player action and some cool accessories over the years like the light gun. The Nintendo is still a blast to play today and aged very well.

Some Of Nintendo's Strongest Games:

The Super Nintendo took everything that Nintendo did right and took it to the next level. This is usually the console that people pick at the best one of all time and personally it gets my vote. You had some of the best side-scrolling games that were ever made as well as some classic rpgs. There were fun sports and driving games and it was the first time you could start to really enjoy Arcade classics at home. Just like the Nintendo is supported two players but it was not really known for its peripherals. And just like the Nintendo, the Super Nintendo aged incredibly well. This was close to the pinnacle of 2D gaming and you can still have a blast playing it today.

Some Of Super Nintendo's Strongest Games:

Yep another Nintendo console that has earned its place in the conversation for best system of all time. You cannot deny the quality of Nintendo and they have managed to go strong year and year. The Nintendo 64 was the first home console that really explored 3D and was the bridge to the beautiful gaming titles that we have today. Nintendo 64 had some amazing platform games and it was the first time that non-PC gamers got to play an FPS. The Nintendo 64 was also capable of 4 player games and it was one of the best party consoles out there. However because this was the start of the 3D era a lot of the games did not age too well.

Some Of The Strongest Nintendo 64 Titles:

What a lot of people do not know about Playstation 2 is there are a lot of games for it. And I mean a lot. The Playstation 2 has over 1850 titles for it. That's right there is almost 2 thousand different options of games you can play for your Playstation 2. The Playstation 1 was a great system as well but the 2 took story telling and game play to the next level. This is the system that brought you realistic sports games and one (or 2) of the best several horror games ever made. It only had 2 players but it did well with them. This was also the system that had a DDR matt that made for great exercise.

Some Of The Strongest Playstation 2 Titles:

If you don't like one of these you can pick your own. You got Sega and the Sonic games which brought speed to the home console world. There is the Xbox which brought you Halo and Fable as well as some other amazing titles. There is Playstation 3 with Call Of Duty 4. You can also go current and brag about the amazing online games that exist today. Or maybe go with Pac-man and some Atari retro goodness.

I am partial to the Atari 2600.. it was first.. we played the shit outta that thing.. my favorite game was Yars Revenge.. with Burgertime a very close second

Oh yeah, I forgot that this is easier too on PC! Thank you!

Oh yeah, I forgot
That this is easier too
On PC! Thank you!

Sega Genesis is 1 of my tops. Solid graphics and gameplay in its day. Sonic 1, 2, and 3 were great. I still have a bunch of my original consoles. Nintendo, Sega, n64, Dreamcast. I dont have my ps1 or ps2 unfortunately. Love my dreamcast too, Sonic adventure is a classic.

And they are still fun to play today.

The Sega Genesis for me. Amazing games, sound, love the controller. Plus all of the cool add ons like the 32x and Sega cd. Sonic was my pick over mario!!

The Commodore 64. Technically it is A PC (as in personal computer) but I think I'm only slightly cheating here. :)

After that it's a hard choice... the Atari 2600, NES, SNES, TurboGrafx-16 and Dreamcast all about tie for me, it just depends on my mood. All the others are somewhere further down the list.

Mainly because of the Nostalgia and my age at the time, my favourite pseudo-console was the TI-99

Not only did it have games on cartridge, I was able to program a couple small games of my own (keeping the code under 64 MB)

I spent hours on Munch Man (Pac Man) and Alpiner.

I think it's because of that little keyboard that , even though I loved my NES, I've always preferred PC games to console games.

But, for a true console, just because of the Zelda/Link series. NES is where it's at.

I am a PC gamer, but the N64 will always be my favourite console. It had the best version of Mario, I looooved Diddy Kong Racing, and who can forget Conker's Bad Fur Day? Brilliant!