An Esports Racing Arena Is Being Built In Miami 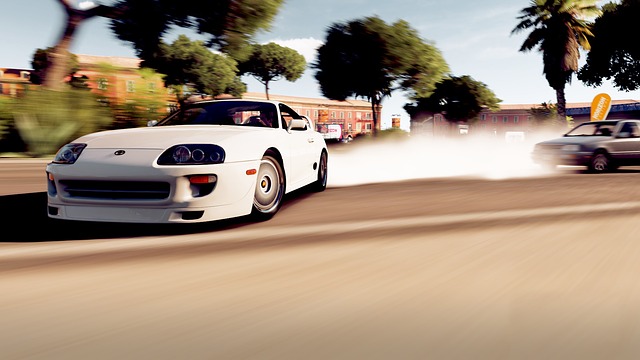 What is a racing arena you are wondering? I thought the same thing. It is an arena that is designed for racing games, a genre of competitive gaming that doesn't get as much coverage as the others. I did a quick search and found that there is an F1 esports league around the F1 game as well as Gran Turismo Sport and Forza Motorsport 7 leagues. These games are played with chairs and steering wheels to mimic the driving experience and now a special arena is being built for them.

I remember playing some Gran Turismo back in the day. The focus on realism made the game stick out but I know I was not going to win any tournaments on that one. Maybe I could hold my own on Need for Speed... maybe. The esports of racing seems to centre around more realistic driving sims over arcade-type game.

There must be a lot of confidence in it to build a special arena just for one type of game. You can play any PC game in a large esports arena but this driving games only. I have to say that arena is nice though, there is space for several drivers and each one has a nice screen.

I hope to see it do well and expand. I also want to keep an eye open for these games I didn't know sporting esports was this big.

For more info and photos check out the link:
https://www.broadcastnow.co.uk/tech-innovation/millennial-to-build-esports-racing-arena-in-miami/5143446.article

Gran Turismo brings back memories I remember how long certain types of races would take! Not sure how this will do. People just don't seem to get into racing eports as much. Although the industry is growing so fast I think a lot of people are willing to take a risk in order to grab a bit of the market.

I think so too but ya I don't hear as much buzz about the racing leagues. But maybe they are bigger than we think. Either way I hope it does well :)

I believe Racing will be the next generation Esport game. There's a lot going on out there but still, I can say Dota is still the most hyped esport competition these days.

Their main funding for the annual competition (The International) were from the battle pass purchases of each player. Can't wait to see it paving the way in Esports!

This post is supported by @tipU upvote funded by @cardboard :)
profit sharing tokens | For investors.