Will you survive the death of the Dollar? Maybe precious metals can help.... 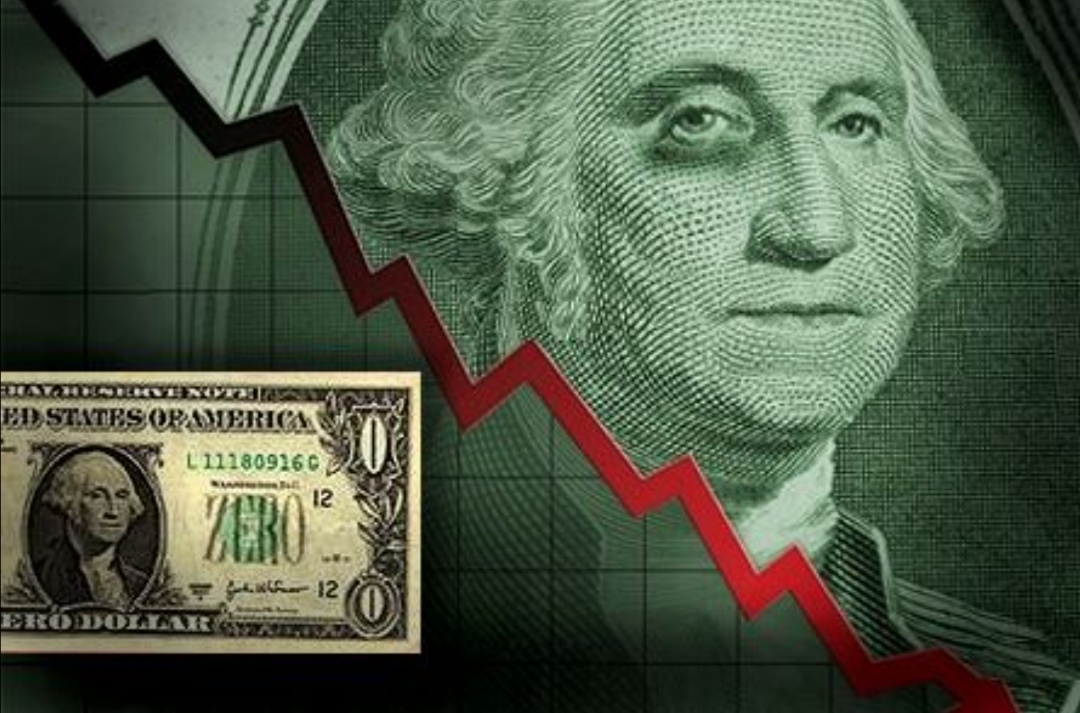 In the past, the dollar was a safe-haven currency in recessions. This is far from the case nowadays, for both structural and cyclical reasons. The world is beginning to wake up to the fiat ponzy scheme, and the race to the bottom, that has devalued global currencies for decades. One would think that another, "stronger", currency would step up to be considered the new world's reserve currency, but the dollar has not been replaced in this role by another currency, but by precious metals and to some extent crypto currencies.

The Dollar was wavering before 2020, and with the rise of the COVID-19 crisis at the beginning of this year, the world did not rush to the dollar, on the contrary in fact, the dollar quite rapidly depreciated against all currencies. This can be attributed to both structural causes (loss of confidence in the dollar) and cyclical causes (the persistence of the economic crisis in the US). While the dollar has depreciated against all currencies since the spring of 2020, no one currency has appreciated particularly against the others. This tells me that there are NO fiat currencies remaining that offer security in times of uncertainty. Once the world woke up to the fact that this was the case, there has been a sharp rise in the prices of gold and other precious metals. 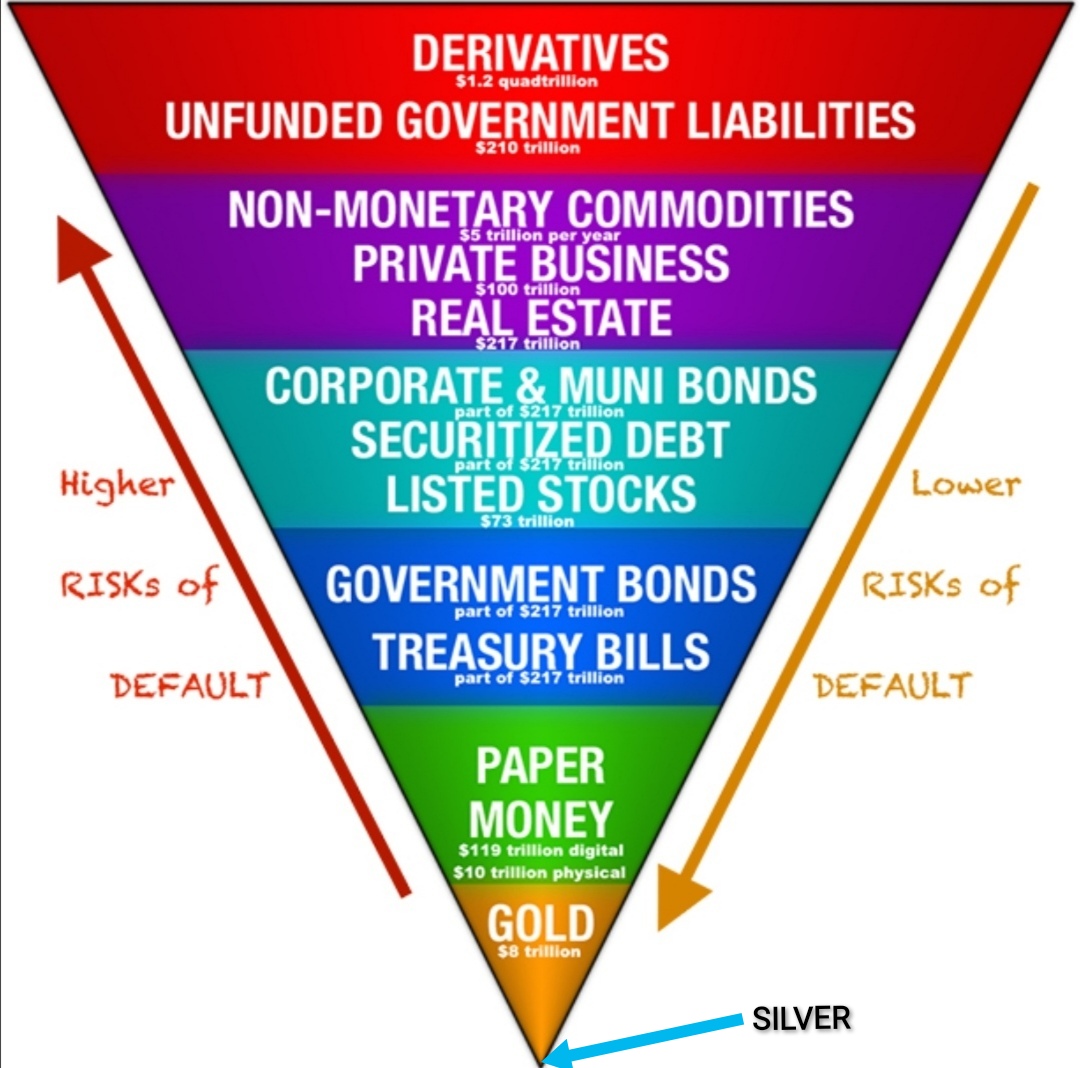 Put simply, Exters pyramid is used for visualizing the organization of asset classes in terms of risk and size. In Exter's scheme, gold forms the small base of most reliable VALUE and safety. Asset classes on progressively higher levels are more risky, and carry a far greater risk of default. The larger size of asset classes at higher levels is representative of the higher total worldwide notional value of those assets.

What it shows, and represents, is in times of crisis, liquidity will ALWAYS flow down in to the "safest" asset class - Gold, Silver & other Precious metals.

“The U.S. and world economies are on the threshold of a deflationary crash that will make the 1930s look like a boom. Gold will be the single best investment to own. Buy it now while it's still cheap.”

John Exter:former member of the Board of Governors for the Federal Reserve

The complete collapse and death of the US dollar as the world’s reserve currency will have a negative effect on the lives of most of the Western civilised world. Unfortunately, 99% of the population has no clue about what lies ahead...... The end of the consumer society would be catastrophic, and not to be the barer of more bad news, but millions could end up penniless, homeless and starving to death!

A slight over exaggeration I hear you saying.... Unfortunately not. You only need look at countries today where their own fiat currency has collapsed - Venezuela, Zimbabwe and not too far away Turkey. 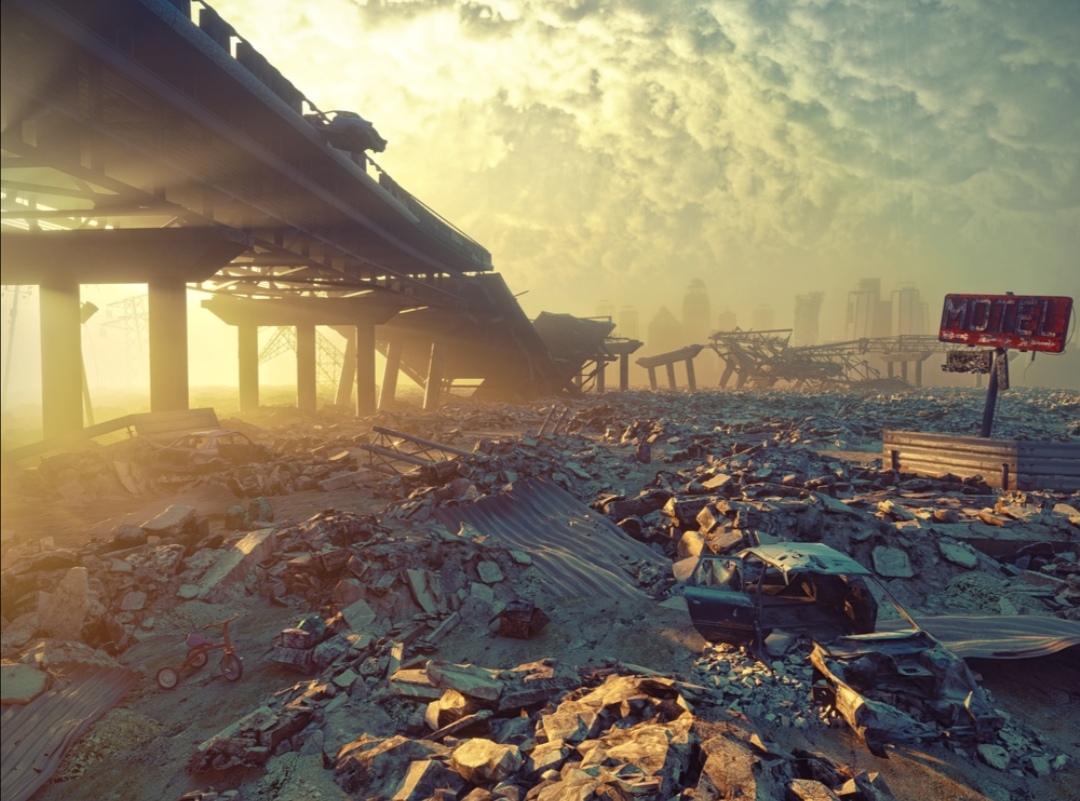 Fear not, salvation is still readily available and within the grasp of everyone who takes the time to look! Silver and gold can still be bought over the counter from most pawn shops and coin dealers. Prices have begun to move and I can not stress the importance of holding at least some of your portfolio in precious metals. 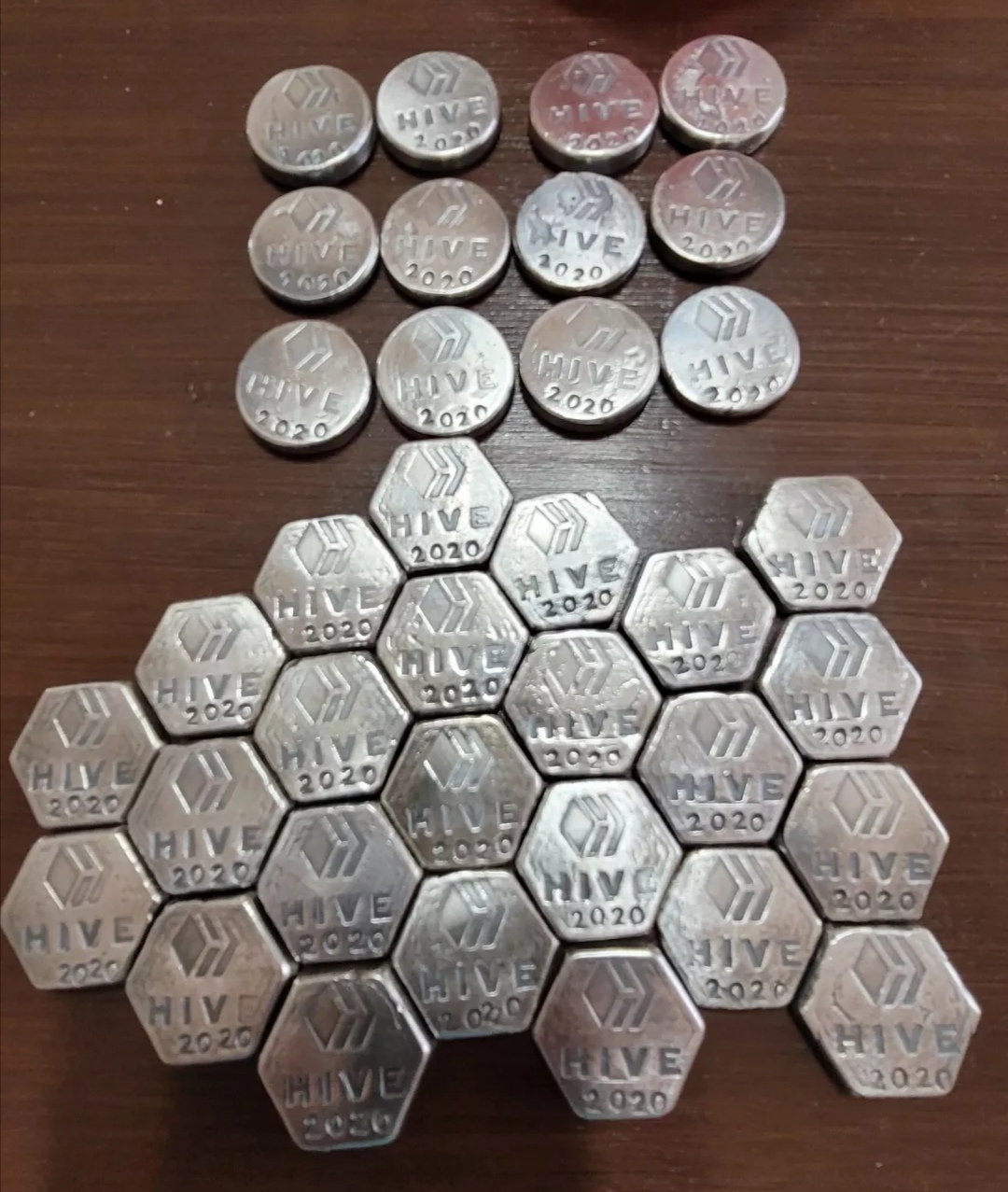 Better still, why not combine our love for #hive and the satisfaction of knowing you have silver to save you financially when the SHTF!?!? Above you'll see a selection of Hive hexes and rounds, made by our very own @raybrockman and available for sale through his post - HERE

Want to find out more about gold and silver? Get the latest news, guides and information by following the best community on the blockchain - #silvergoldstackers. We're a group of like minded precious metal stackers that love to chat, share ideas and spread the word about the benefits of "stacking". Please feel free to leave a comment below or join us in the community page, or on discord.

You got a 6.67% upvote from @votemypost Send any amount of Steem to @votemypost with your post link in the memo for a proportional upvote. Earn a passive income by delegating Steem Power to @votemypost

It is a sad day when what is left of the "World Reserve Currency "continues to float the banks around the World.. I believe no one wants another "Red Flag", all the banks are just playing this race to the bottom. The best we can do is protect our wealth with precious metals. This game will end eventually .....

This post was resteemed by @steemvote and received a 36.29% Upvote. Send 0.5 SBD or STEEM to @steemvote