PRECIOUS METALS! Owning some proves you're not stupid! 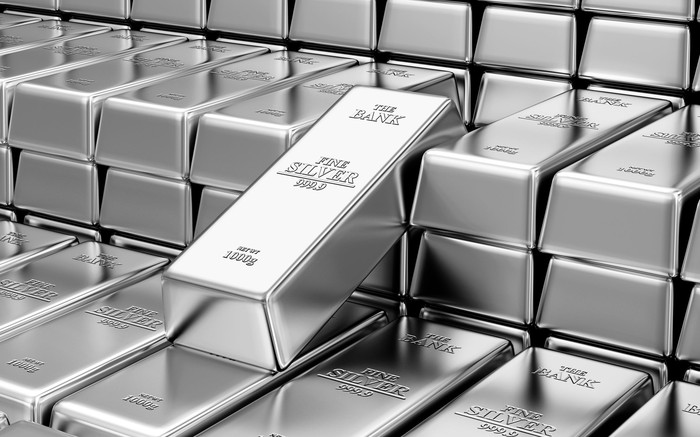 It is fear that drives up the price of precious metals. Fear of wars, fear of defaults, fear of inflation, fear of civil unrest, basically anything that undermines out trust in the government.

A week after the Lehman Brothers bankruptcy in 2008, the price of gold and silver jumped by a little over 15%, then three years later, during the European government debt crisis, silver more than quadrupled in value, while gold increased 250%.

Today, the fear of a financial collapse has surprisingly receded, and so have the prices of GOLD and SILVER. Gold sits at about $1,500 and silver languishes a little above $17.85. Is it time to buy at these bargain prices?

The answer is yes, especially silver, but not for the reasons you think.

Buying precious metals to protect against inflation today seems foolish, but don't fall in to that trap!! No one knows when the next monetary upheaval will hit. Imflation can spike when we least expect it.

Economists stand as much chance of forecasting the next financial earthquake about as much as seismologists can predict the next tsunami.... They know it only after they see it, but then it’s too late to take cover.

The trigger could be something seemingly inconciequential, something that appears to be small (like the tip of an iceburg), which could trigger an unanticipated default by a big company that has taken on too much debt.

DON'T LAUGH!! Its happened many times before and will again...

Buying precious metals is somewhat akin to buying insurance, insurance against sudden inflation and the loss of purchasing power. You can pay a little premium before disaster strikes, hoping that you won’t need to make a claim. Knowing you will always have a "get of of jail free" card should the next 2008 crisis start.

Exter is known for creating Exter's Pyramid (also known as Exter's Golden Pyramid and Exter's Inverted Pyramid) for visualizing the organization of asset classes in terms of risk and size. In Exter's scheme, gold forms the small base of most reliable value, and asset classes on progressively higher levels are more risky. The larger size of asset classes at higher levels is representative of the higher total worldwide notional value of those assets. While Exter's original pyramid placed Third World debt at the top, today derivatives hold this dubious honor.
WIKI

Gold and silver work when nothing else does! Exter's pyramid shows how in times of crisis, money will flood to the safest asset - PRECIOUS METALS.

Both precious metals are excellent investments to hedge against unforeseen risks. Silver makes more sense because it is cheaper to buy at the moment. Because of its current ratio to gold price (85:1),silver should rises faster than gold when disaster strikes. Silver also is easily divisible into small coins, just in case you need to buy a loaf of bread whe. paper currency no longer works. Right now silver is a much better bargain. If you own silver, hold on. If not, buy it.

It's not too late to get in to PRECIOUS METALS. Our #steemsilvergold community, here on #steemit is available 24/7 to answer any questions you might have.

Remember - there are no such things as stupid questions!

You are not stupid! What you get?

You are so spot on @welshstacker, I always loved collecting coins, but now I look at this two ways.. the love of collecting and my safety net!👍😊
I know worse case scenario my family is protected.
Now that being said, the investment part hasn’t been too shabby!!🤗

I love Ray Brockman's words: I buy silver not to become rich, but to not become poor.
!trdo

Good stuff @welshstacker. The way the price is being held down now makes silver a freaking STEAL.

I feel so good now! I am not stupid, afterall, LOL 🤣
Great article, dude!
Have a wonderful day, and take care 🥰🌺🤙

A very nicely done article and very true and to the point. We ALL should have some precious metals in our stacks. I know all of us in SSG do, but we need to spread the word to the world, and you just did! Thanks for sharing!