This is what I have been up to 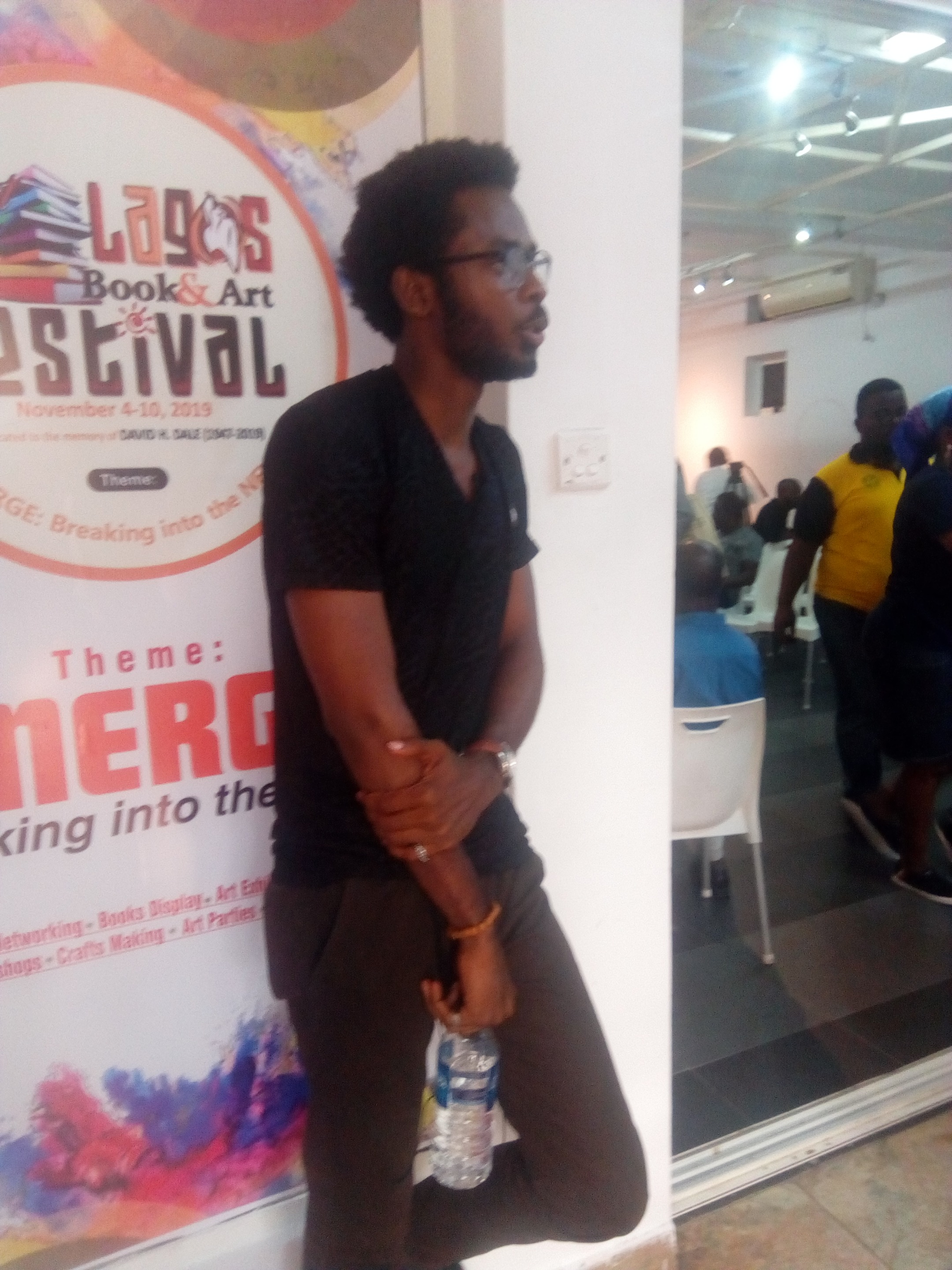 I am at the Lagos books and arts festival. What this means is that I am interacting with writers and book lovers, artists and art lovers every day here. The interactions I have had in this one day has been so enriching that I wonder why I have never bothered with such literary events.

The guys that I am with are the most interesting and eclectic group. We have the most stimulating conversations and hilarious arguments deep into the early hours of morning. As someone who finds difficulty in sleeping, it would seem like I have found a family of like minded individuals to share my insomnia with.

My eyes are heavy with sleep and everyone has advised me to sleep but I can't. I feel that if I do, I would miss something vital. Yes I want to consume as much as I can of what Lagos has to offer. It is weird the ways and manner, things handle themselves sometimes.

Today at the festival, we first of all sat down to a panel that dwelt on the use of indigenous language in literature and the translation of such works into English. What is lost and sentences or words whose meanings have changed in the process of translation are some of the problems faced by the users of the indigenous register. An example was given by a poetry editor Jk Anowe, of the word love and how when you translate it to Igbo it becomes Ifuanaya (I don't know if this is correctly spelt, please bear with me if it isn't.) When this igbo word is translated back to English though, you find that the igbo language has no word for love but rather what ifuanaya means is seeing one in his or her own eyes (I hope got this correctly too). Do you get the picture? What this in essence means or what Anowe was saying was that when a work is translated from the indigenous language, so much is lost in transit and meanings change.

In this same manner, audience and panelists interacted on how the English language does not do full justice to the aesthetics of indigenous Nigerian languages and how it was necessary for writers and performers as well as government to engage the populace using the indigenous languages as a vehicle of communication. This was seen as vital in order to not only save Nigerian languages from going extinct but to also prevent a situation whereby the different Nigerian languages will be taught by foreigners to Nigerians in the future.

The panel also look at the language of thought. Do we think with words or with images? Do we express ourselves completely in the way and manner with which our thoughts come? Or are there things lost in translation. The panelists Richard Ali, Tee Jay Dan and Jk Anowe as well as the audience, at least those who thought to express their opinions were of the opinion that there is a dichotomy between thought and speech and a n even bigger divide between thought and the written word.

I will not even go into the questions we have been tossing at each other late into wee hours of morning. I am getting to know some really good people, some potential greats and some beautiful souls. It is fun in a cerebral way. It has not even crossed my mind to have a bottle of liquor, that is how high I feel. I am certain that I will not leave this festival the same. I'm certain that I would find some sort of epiphany as the days roll into one blurry picture of events upon events.

The location for the festival, known as freedom park was a prison formerly but now it is now a relaxation spot for arty types, history buffs, craftsmen and women, as well as the guy and girl who just wants a serene environment to have some drinks. I don't have pictures of the place yet but never to fear, I will share pictures subsequently and even get someone knowledgeable to share the history of the place. My phone camera quality is poor but I'll share some few pictures just so you see some of the things I'm talking about.

When I saw the park and the setting for the festival, I so much wanted to bring such a place to the south, either Warri or Benin. I'm tired of seeing bars and hotels, restaurants and clothes boutiques. We need art in our society. It is this that brings about refinement, ideology and through this, I believe we could have society where people can express their opinions with regards to what they feel they deserve as a community. There's much more in my head than what I have written here but they are yet to coalesce into something tangible.

There was book readings by some children authors as well as men and women as a crowd listened into the early hours of evening and some one wrote a poem on Wole Soyinka, a lengthy piece. Oh and there was poetry reading both in English, French and indigenous Nigerian languages including Ora, Dengema and Yoruba.

One of the organisers in chatting with me told me that there would be an openmic night on Thursday and maybe I would be interested in performing. I am curious to see how I would cope before an audience but at the same time the self conscious introverted part of me wants to decline and remain in the shadows of the limelight. I suspect that this is an opportunity I should not ignore though. Who knows what will come of it?

This festival is going to be on for a week and each day, I believe is going to be a new experience. I am grateful to Tee Jay for dragging me over here. I'll see you all when I'm done with all of these activities.

Sometimes I can get so envious. What a good environment to be in. Surrounded by bookworms and free thinkers. I would love me such pure energy right now.

It is true. English has loads of words that sometimes feel 'shallow' when it comes to interpreting African diverse languages. In my mother tongue, I can express taste with only two words but the available diverse English words don't really feel like they quantify to it's richness.

Get some sleep though. It would do you some good :)

I'll do that. Today's day two of the festival and i would love to see what today has to offer. I believe such festivals occur in your country. You just have to look for it.

Open mic, Thursday, yes you should do it. Glad that you are having a blast there, and it is great that people are talking about preserving and keeping alive the native languages. If there are any doubters about the importance of keeping your own language alive, they should meet and talk to some of the native American Indians and see how they are having such a hard time trying to revive their own languages. When the language dies, a part of what makes a person a member of the tribe, community, country, dies with it.

This is very true. There are so many Nigerians who can no longer express themselves in any indigenous language. These people are very common in my generation and that is scary as you have to wonder what they pass on to their children. You can't give what you don't have.

I hope it doesn't get to the point of language extinction because language is an important driver of culture. I worry mostly about minority languages that are not only subsumed by the english language but also by major languages.

Thanks for stopping by @bashadow.

Wow nice hope you would help on board lots of writers to the steem blockchains and also Tell them about Airhawk-exchange where dey can trade crypto currencies to Fiat viz a viz. Have fun bro

In our last Algorithmic Curation Round, consisting of 111 contributions, your post is ranked at #38.