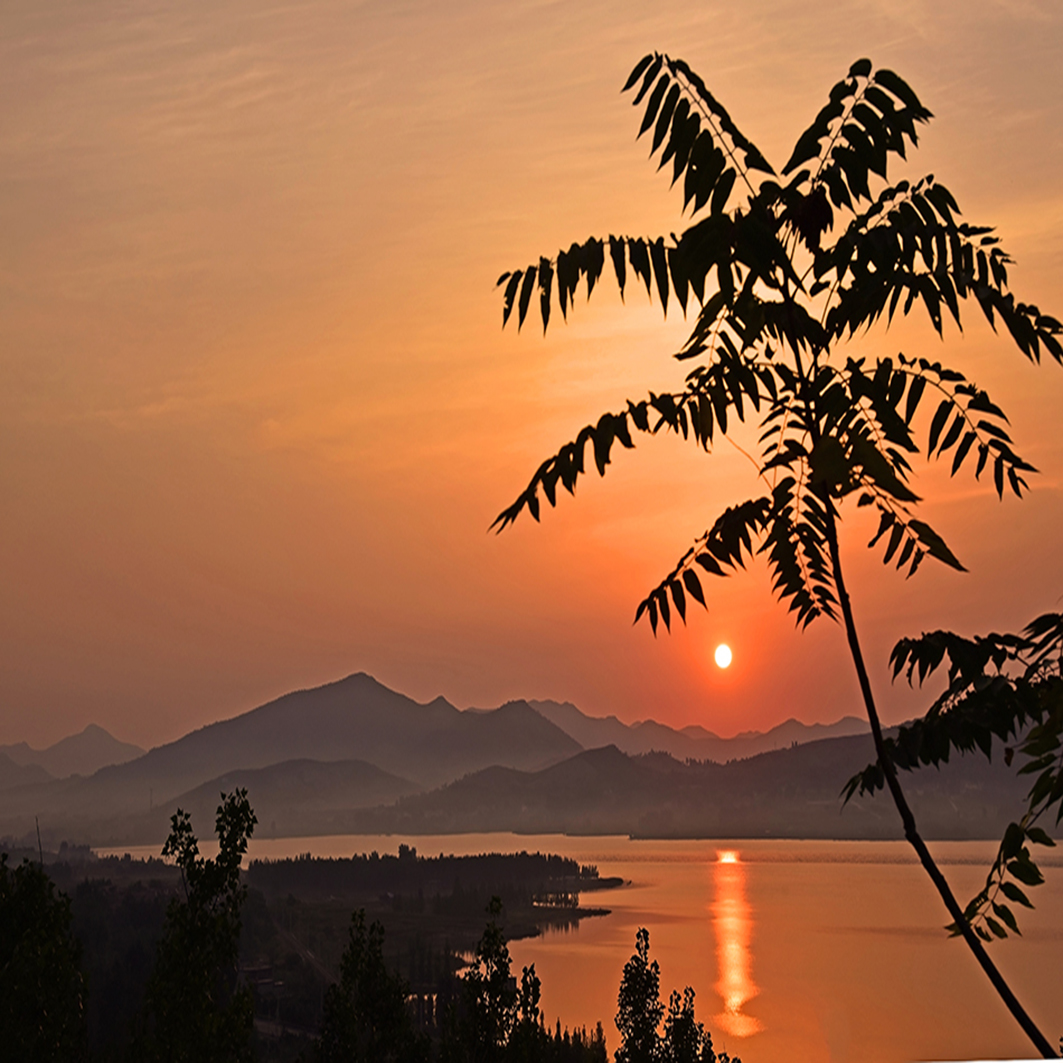 I think the name jindou lake comes from the reservoir where there is a village called jindou house.Dongfeng reservoir is a large reservoir in the middle reaches of the fuzhou river, with a storage capacity of 142 million cubic meters. It is one of the largest reservoirs in dalian.

Recent news reports, leading into the end of the dahuofang reservoir is dongfeng reservoir high reservoir.Since the reservoir is large and seemingly endless, it is appropriately called a lake.

I have been to jindou lake several times before, but only to the dam, not to other places along the coast.A few days ago, I visited jindou lake once again. I went to zhuangzi village, huazijian, jindoufang and xialiangjiadian on the east bank, and also went to the reservoir dam.

Zhuangzi village and huazijian are located in the upper reaches of the reservoir.Zhuangzi village this name is very special, I do not know if and the ancient zhuangzi related.Zhuangzi "autumn" article said: "stop it, bacc the irrigation, river runoff, two Si nagisa cliff not argue between horses and cattle."Maybe autumn water season, here is also the same.

The dongfeng reservoir is a big bend at the point of huaxijian, where the terrain is like the tip of a plowshare.The village of huazijian is relatively unsophisticated and retains a typical rural appearance.The ancients said: "she south she north all spring water, but see flock of gulls every day;Flower path has not edge guest to sweep, peng door begins to open for gentleman today."I felt that this was what I saw at huaxijian.

Jindoufang village, under the yangjiadian reservoir in the middle reaches.Driving close to the jindou room, fan zhongyan's description of the scene unfolded in front of his eyes: "to if the spring and jingming, placid, up and down the sky, a million ares;Sand gull xiang set, jintai swimming, zhi tinglan bank, green.

Finally, I visited the reservoir dam area again.The wind was blowing hard.Before, to the reservoir, is calm, this time to see the scene of waves
Go to shenhai highway, "wafangdian south" toll station under the road, through the tile line to wafangdian, along the north cross street,

turn left at xiaolongkou and go to jindoufang and xialijiadian.After the tour, return to xiaolongkou, continue northbound along the xucai line, turn left at the dongna line entrance and enter the dongna line, then go ahead and reach the dam area of wangdian village reservoir.After the tour, continue along the dongna line to the shuangxi line of sunsheng township, turn right and go to the shenhai expressway "wafangdian" toll station, then return to the city via shenhai expressway.

Source
Plagiarism is the copying & pasting of others work without giving credit to the original author or artist. Plagiarized posts are considered fraud and violate the intellectual property rights of the original creator.

Fraud is discouraged by the community and may result in the account being Blacklisted.

If you're reposting stuff, try to either include a link to the source material, OR set your default rewards to "decline payout" (like me).

Otherwise your stuff will get downvoted and your posts will be hidden.