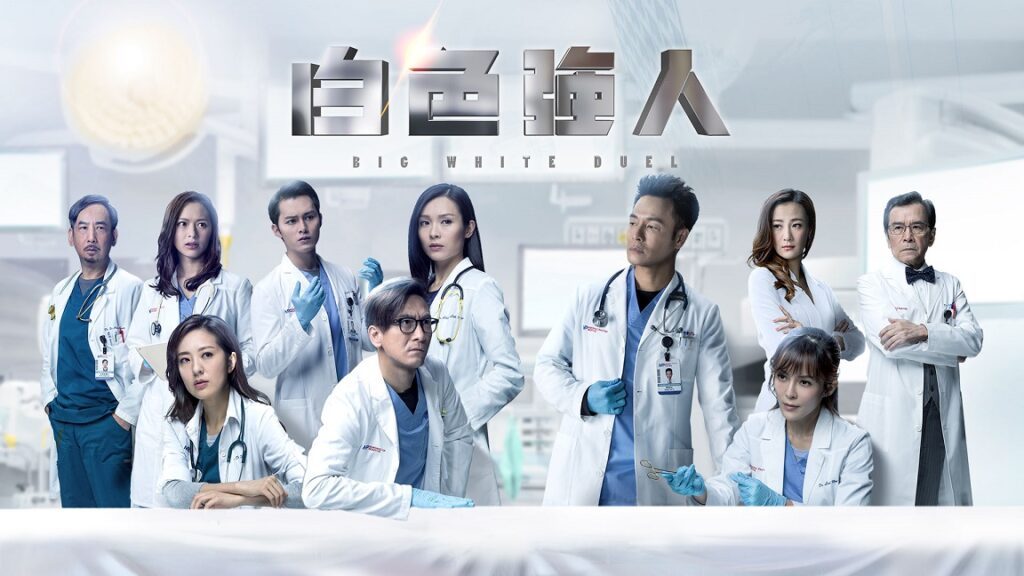 Taking a break from Korean dramas, I've recently just finished watching a TVB drama from Hong Kong called "Big White Duel". It is a drama based on the dramas and politics that happen inside a hospital.

The main focus is on the deputy director of the hospital, Dr. Yeung, wanting to make changes to the hospital for monetary gains versus the head of the cardiac department, Dr. Tong Ming's virtues and beliefs of the needs and accessibility of the Hong Kong citizens to the promised healthcare and the basics of being a good doctor for their patients. Influenced by Dr. Tong Ming, Dr. Yeung attempts to undo what he first planned.

The main reason I began watching this drama is because of the good casts whose dramas I've enjoyed watching in the past. To name a few, there is Kenneth Ma, Roger Kwok, Natalie Tong, Ali Lee, Ram Chiang... and the list goes on.

Being quite a fan for medical films, I also enjoyed watching this drama as it really focused on the things that happen within the hospital and it did not focus too much on the character's private lives, the unnecessary romance lines and too much business talk. A lot of it was also creating awareness of certain illnesses and diseases we should pay attention to in our everyday life.

If you're also a fan of watching medical dramas, this one might disappoint in the way where the surgeries were kind of censored with blurs or not focused on. I enjoy watching the gruesome details however this one didn't quite hit the spot for me.

As for the ending of the drama, I won't be giving spoilers as it's a pretty recent drama and not many people may have seen it yet. All I can say is that for some characters, they had their closure while for some it was an open ending which is oh-so-unsatisfying!! It's either another one of TVB's way of wanting to give us a second season, leaving it as pure suspense or just ruining a pretty hyped up drama.

I would say give it a go as I did enjoy until the very end. Hopefully you'll enjoy it too and share what you liked about it or perhaps if you didn't enjoy it, tell me what you didn't like about it.

Wakkakaka I was going to write this one in a few days!!! 馬國明❤️

hahaha did you enjoy the drama? or should i wait for your version of the review with your thoughts? 😊😊

@ocdb is a non-profit bidbot for whitelisted Steemians, current max bid is 40 SBD and the equivalent amount in STEEM.
Check our website https://thegoodwhales.io/ for the whitelist, queue and delegation info. Join our Discord channel for more information.