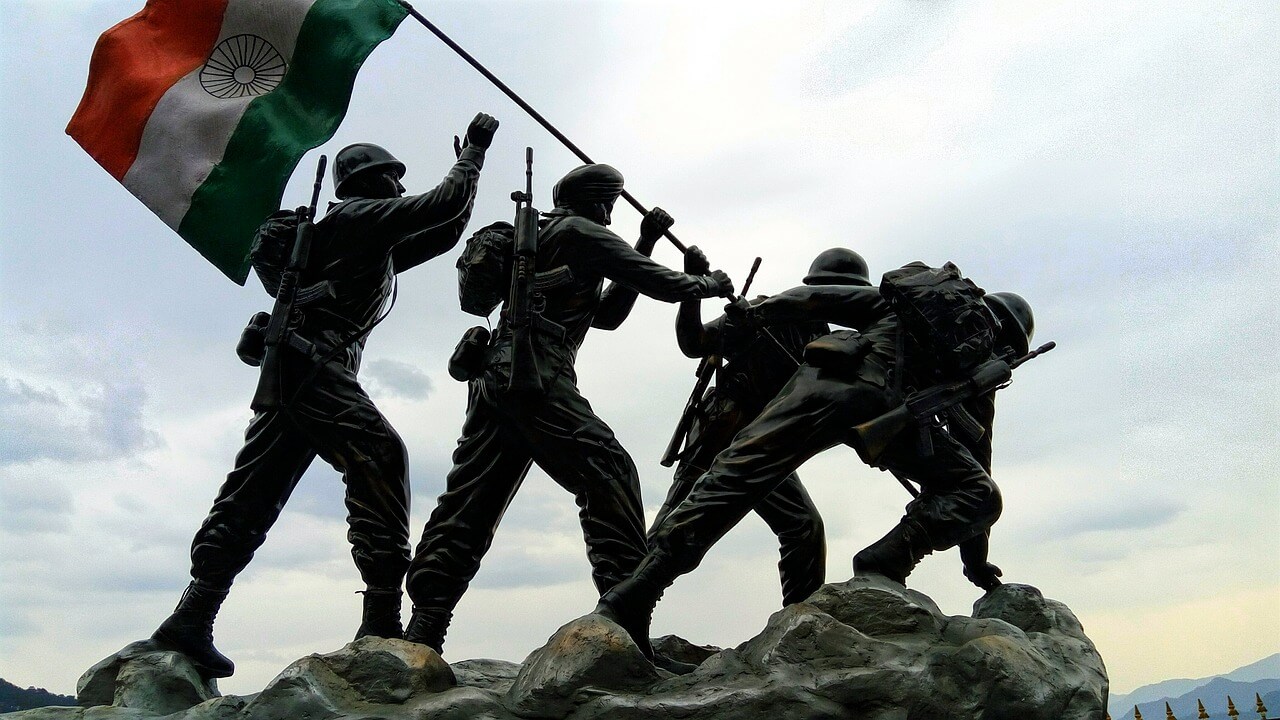 “It is God’s duty to forgive the enemies, but it’s our duty to convene a meeting between the two” - Indian Army. This article is a piece of gratitude to all the brave hearts who lost their lives in the Pulwama terror attack and a reminder to my countrymen that supporting the Indian soldiers is our duty.

14th February 2019. It was supposed to be the day of love with people expressing affection for their valentine and painting the town red. However, a place called Pulwama in Jammu & Kashmir, India was painted in "red" of another kind. A suicide bomber "Adil Ahmad Dar" from the terrorist group Jaish-e-Mohammad rammed his SUV full of explosives into an Indian security convoy killing 40+ CRPF soldiers.

Picture courtesy - The Indian Express   Such was the intensity of the blast that even body parts of some dead soldiers could not be traced. India had been rocked by one of the most ferocious terror attacks in recent years. Terror attack's link to Pakistan has been established with a video of the suicide bomber surfacing online & the terrorist organisation Jaish-e-Mohammad taking responsibility for the attack. The people of India are angry and demanding revenge for this dastardly act. Political leaders are following their usual routine of condemning attacks and praying for the well-being of the families of the martyred soldiers on social media platforms. But none of it is helping the mourning families as most of them aren't even on social media.

HUMAN RIGHTS ACTIVISTS AND LIBERALS - A THREAT TO THEIR OWN NATION

What's disturbing though are the views of a particular section of people who are creating a feeling of sympathy for the terrorists by saying things like "they are just misguided youth" and "retaliation is not the answer". Suddenly the Human Rights activists care for the lives of the religious extremists who kill innocent people and soldiers mercilessly, pelt stones at the army and jump on their vehicles like wild animals and try to attack them. Ironical is the fact that Human Rights activists defend terrorists who don't possess any humanity themselves and kill innocents for fun. A section of liberals wants to have peace talks with the extremists while they slaughter our soldiers in a not-so-peaceful manner. They somehow always indicate that supporting the Indian soldiers is a crime. They become blind when the terrorist sympathisers carry public processions of dead terrorists and project them as heroes singing songs of valour in their memory. But they suddenly, like a dormant volcano, come to life if the Indian army does anything in retaliation. This section is more dangerous to the country than the actual enemy itself. Because it eats the nation from inside, just like termites. It devalues the life of soldiers and kills their confidence when they, in fact, are fighting for us. It's the large-heartedness of our soldiers that they forgive such elements and handle this internal betrayal with grace, placing the country's interest over theirs.

PLIGHT OF THE BEREAVED FAMILIES

It's sad that the country is facing far more risk from internal enemies than external. The kind of empathy that's supposed to be with the sons of the nation ie. the Indian soldiers is unfortunately shared with terrorists and their sympathisers. Imagine the plight of the families of our soldiers amidst all of this. Cheated is what they're feeling.

Picture courtesy - India Today   Firstly, they have to come to terms with the horrid fact that their husband, their son, their father, their brother is never coming back. And secondly, they have to witness anti-national elements being favoured despite losing a family member who also happened to be a loyal and honourable guardian of the nation. How demotivating, demoralising and dehumanizing must it be for the bereaved families!

I have noticed a pattern after watching interviews and talking to people where they feel that the families should be okay as they are being compensated monetarily. And that soldiers went in with their will to fight for the nation and in war, death is a certainty and loss of lives will be there. It appals me as to how insensitive have some people become. To remove this misconception, I'd like to make it loud and clear that monetary compensation does not bring back the person.

Picture courtesy - Gulf News   Yes, it's good that with more awareness and people coming forward to take care of the families of the soldiers, the financial strain on the families is greatly reduced. But the loss of a family member is irreparable and we got to understand that. Families of soldiers get emotionally scarred when soldiers lose their lives. So, thinking that providing money is enough to compensate for the loss of human life is not only a sign of being ignorant but also disrespectful to the sacrifice of the soldier who's laid down his life so that we are safe and can sleep peacefully.

When soldiers are fighting on the border, they have various things to deal with. They are fighting the enemy, the terrain, the weather, and also the stress of their families back home. The army is committed to protecting people and risking their lives for them despite not meeting them or physically seeing them. They take the oath of protecting us out of the sheer feeling of patriotism towards the nation and the responsibility they feel towards us as citizens of the same country. They are the most valuable assets of the nation.

Picture courtesy - NDTV.com   Just because they choose to fight the battle for us does not mean that they have signed up for death and it's no big deal if they die. This casual thinking has to go. They don't choose to die for the nation. They choose to serve the nation and instead want to live for the nation. If they have that zeal and allegiance towards the nation, then the last thing they want is for us to make them feel insecure that their lives don't matter and that their sacrifice counts for nothing. It's our moral responsibility to be the unshakeable pillars of support to them so that every soldier on the border knows that there are 1.3 billion people behind them, rooting for them and praying for their safety and well-being.

We need to understand that if the enemy wanted to discuss things, they wouldn't have responded by attacking us from behind. Since taking lives is all they understand, it makes retaliation all the more necessary. Sometimes, force is the answer to wipe out such evil blinded people who don't understand the meaning of peace, discussion and the value of human life.

Picture courtesy - India Today   So instead of questioning the Indian army and belittling their loss, we should instead understand the value of a soldier's life, respect their sacrifice, empathize with their families, be sensitive towards them in this difficult hour of grief and give the Indian army the support that they need to fight these fundamentally brainwashed elements. I'd like to pay my tribute to all the braveheart CRPF soldiers who lost their lives with a quote from Minot Judson Savage - "The brave die never, though they sleep in dust, their courage nerves a thousand living men". Jai Hind! SHARE this post with as many Indians as you can and spread the message of supporting the Indian soldiers across the nation.
Posted from my blog with SteemPress : https://thewanderingvegetable.com/supporting-indian-soldiers/
travelblogstoryadvicesteemitbloggers