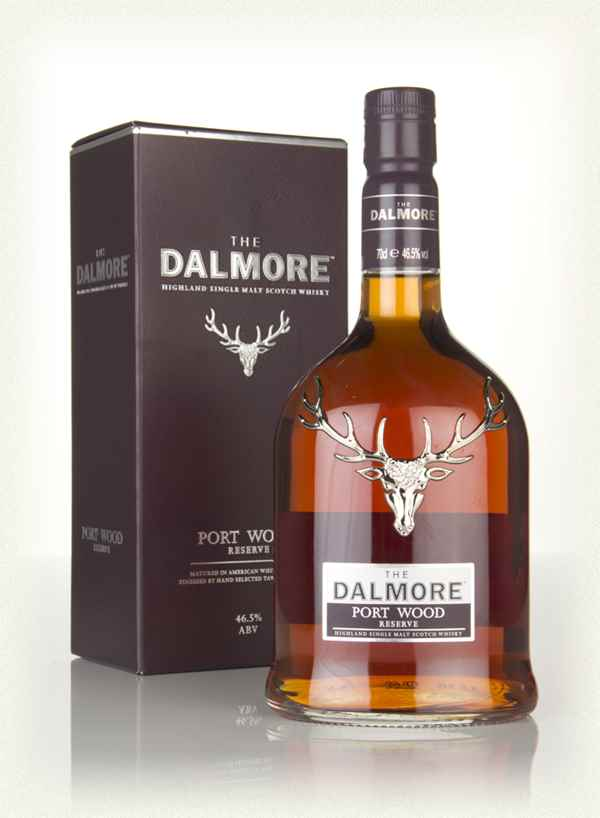 onight I will review the Dalmore Port Wood Reserve, a Highland single malt.

This the full bottle:

I got myself a sample in order to taste however.

I got this sample from Masters of Malt, delivery was quick

On to the tasting

When tasting whisky, it is always a good idea to first just smell the open bottle.

In this case, it reveals mostly wood, which is not surprising given than this whisky is matured in American white oak. Before being finished in Port casks (the Port Casks are ex Graham in this case)

It is not very usual for Scotch to use new wood. Mostly they use casks which have been already used to hold bourbon. (Due to legal reasons, bourbon HAS to be put into new casks, so bourbon distillers have to get rid of their casks after 1 filling, and Scotch distillers are happy to take them, using them another 2 times usually)

After having smelt the opened bottle, I poured it into the glass.

Than I smelled again.

The aroma in the glass is a lot more complex, revealing the winey sweetness of the port wood, with the new wood subtly present underneath? It is fruity, but a darker, richer fruity, if that makes sense.

Lastly, smell the empty bottle. I again mostly find the wood here. Sometimes, smelling an empty bottle will reveal a powerful smell of caramel, although the bottle might need to be left standing open for a while, so that all the other aroma's can evaporate first.

A bottle which smells of caramel means that caramel was added for colouring. (That is perfectly legal, and most producers will openly mention this on the label if it is so.) In this case I cannot detect caramel at this time.

In it's flavour the wood is very much present again. It's the opening salvo. Later on the flavour develops, there is much fruit, and mostly the sweeter tones you'd expect of a whisky aged in port barrels. THe 45.6ABV makes itself known through a tingling on the tongue.

THere is no age statement on this whisky, and that is not an issue. A good 6 year old can be a lot better than a bad 18 year old. You can somewhat guess the age though, by the sensation on your tongue: young whiskies prickle the tip of your tongue, older whiskies prickle the sides. I do not know why this is, but judging from this experience I would say that this bottling is fairly young.

It goes down smooth, and leaves a long aftertaste, which starts out slightly bitter, but than develops. In the beginning, there is tobacco, At the very end, after over a minute, I mostly detect raisins.

This is a good whisky, but at 75€ a bottle, that should be expected. To my taste, there is a lot of wood throughout the experience, however, that was to be expected, since it is advertised as having aged in new oak barrels. II would give it an 8/10. If a woody whisky is what you are looking for, but you want that typical "port aged" aroma and flavour, this is your whisky, personally I would favour an ex bourbon cask port wood finish, but that is a reflection of personal taste, and not a reflection on the quality of the whisky.

Update: after having left the empty sample bottle open all night, it still just smelled of fresh wood, not a hint of caramel to be detected