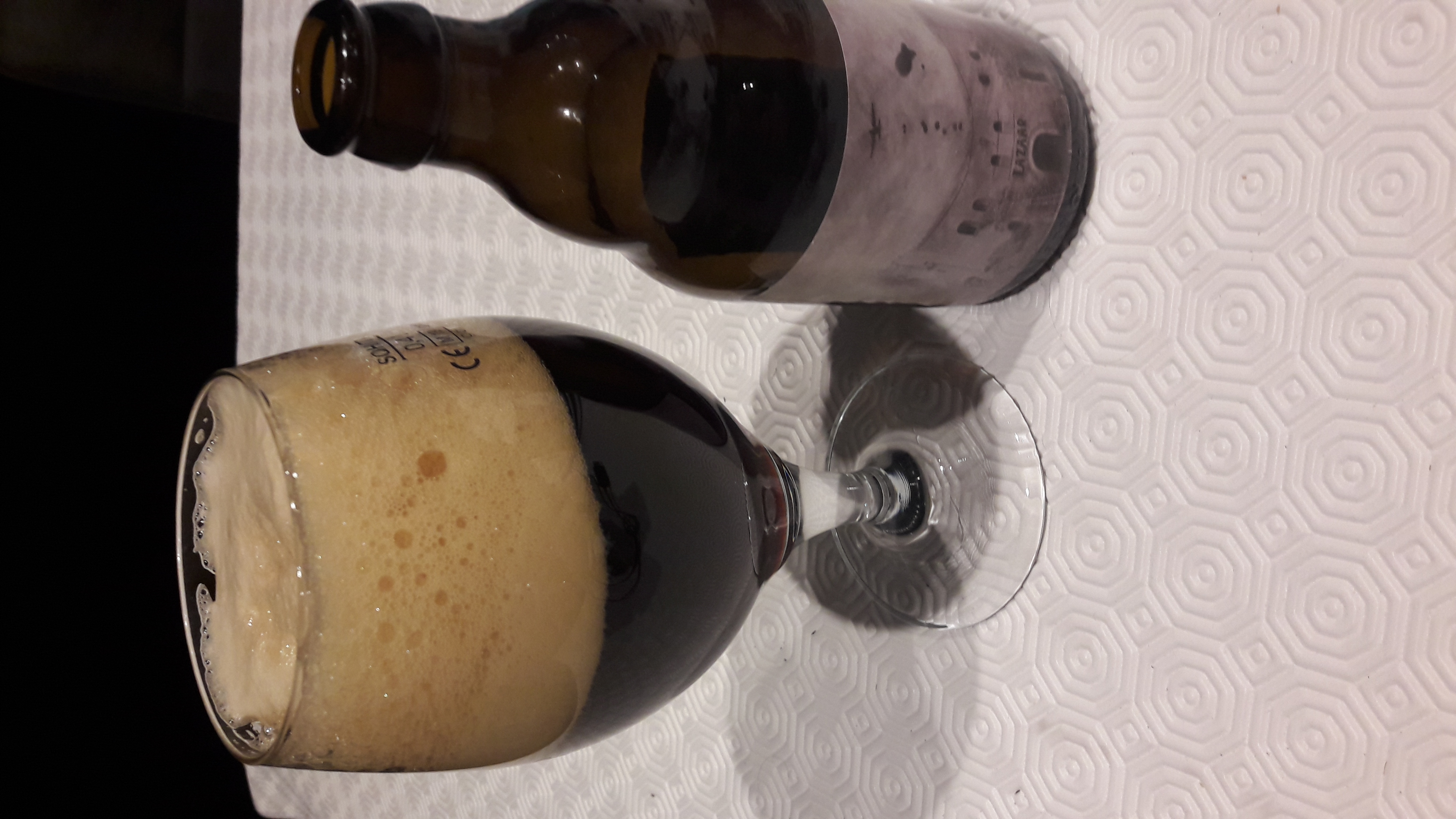 Lazaar, referring to part of an old military fortress in my neighborhood. Like so many beers, it contains both wheat and barley malts, but this one also contains the far less frequently used malted oats.

The oats grant a certain rustic flavour, a bitterness and stringiness to the beer. THis is not meant in a disparaging way, oats are a great way to spice up a beer. One of the reasons it is used so little is that it doesn't filter well. The filtering step is a production bottleneck in every brewery, so those that run 24/7 incur a huge operating cost when using anything besides barley and wheat.

It is ill-advised to use nothing but oats for the production of beer though. Sailor crews in the 1800's where known to refuse to sail out of the harbour if their pantry had only been stocked with oat based beers.

On a whole this is a decent beer, combining. Something remeniscent of thyme in there (a herb which appears to be out of place in a beer, but which is nevertheless used to great effect in some great Belgian beers), although the label only mentions the different malts as ingredients.