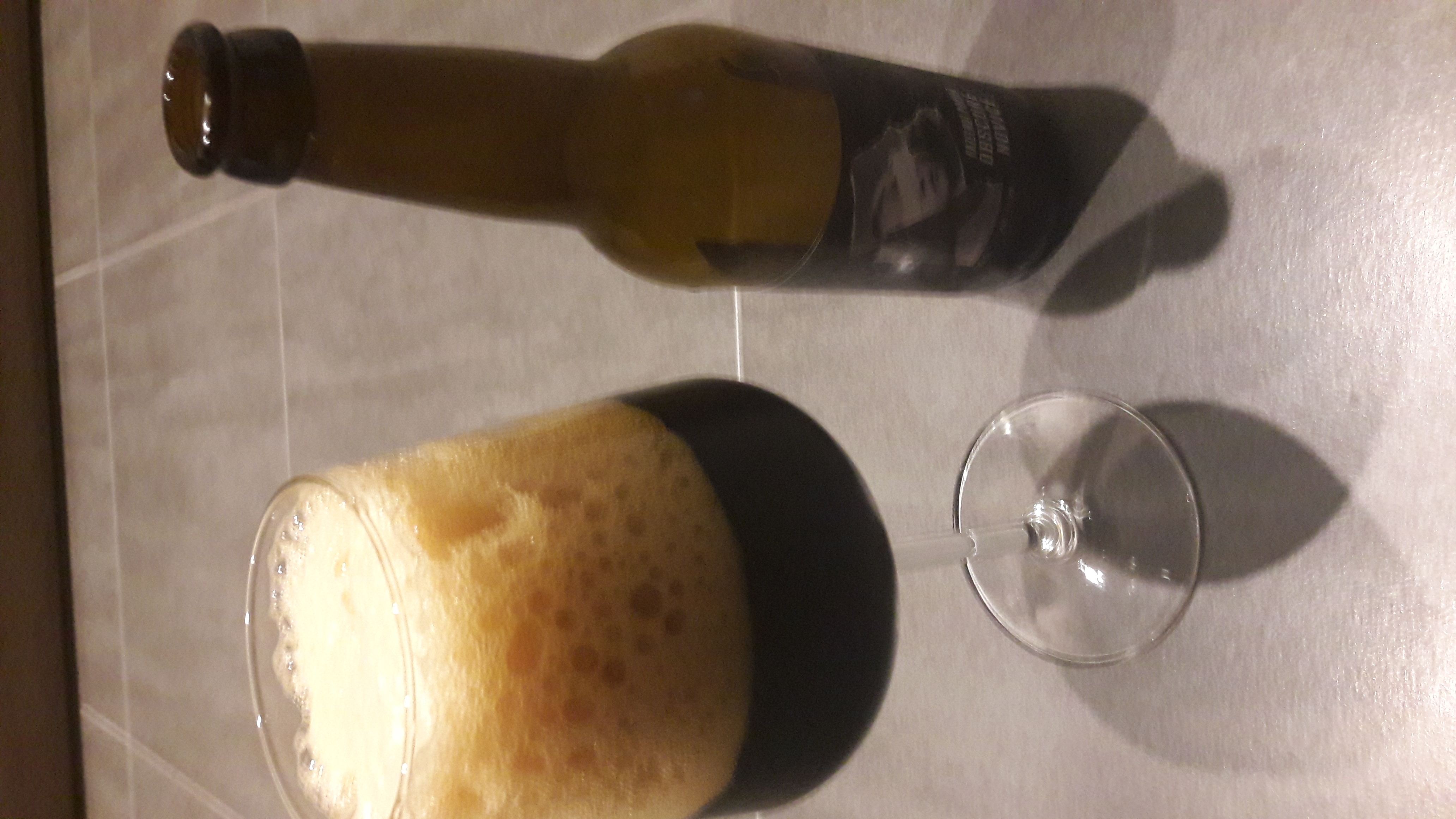 A couple of days ago I drank this beer: the obscure novice hazelnut porter, a Belgian beer from a small local beer company.

The name of the beer was hazelnut porter, so I expected to find hazelnuts on the label, but that was not the case. Neither was it labelled for allergenics, so I'm quite sure there's no nuts involved in the recipe.

The beer had a beautiful rich head of brown foam, and the beer was nice and black as a porter should be.

The flavour was intriguing, something I had never smelt before in a beer. But the taste was not for me. Very sweet, almost cloying, somewhat remeniscent of strawberry.

In part I was probably underwhelmed because it was so far from what I had expected, I might need to give it a second try knowing what to expect.