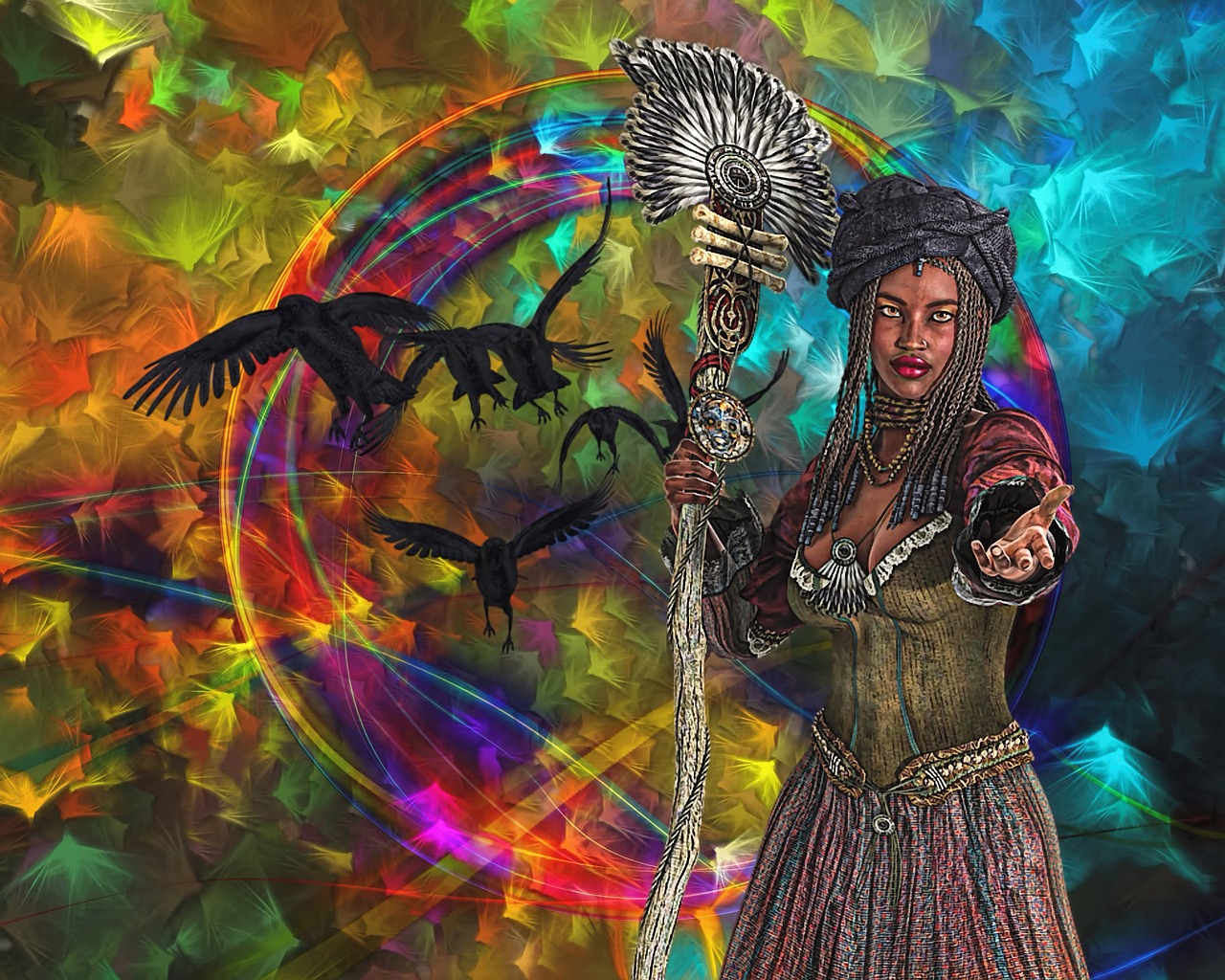 This is the next part of the sword and sorcery story...

VELL DOES HIS BIT

“You’re all at my mercy now,” said the student. “Let’s see where my imagination can get me. I’m in control of this story now, not him. Look at him, fast asleep, curled up snug as a bug, leaving me here with this unfinished story in front of how many millions of readers. Well, at least one – hello – but however many of you rebellious so and sos are reading this, here’s a little rhubarb with a lot of fluttering of the lips: thurppphhhuupptttppp.

I thought that would impress you. Anyway I had a good laugh about it. I hope you did too. But if you didn’t you have to remember I am not the master story teller here, he’s asleep. I’m just the student, and although that’s not much of an excuse it’s all the excuse I need. So without further ado I am going to plunge back into the story. This time of course it’s going to be told from the viewpoint of a young romantic. Yes, I am. Okay then, here goes:

The early morning mists enveloped me, I mean them. Sorry, oh damn. What early morning mists; hmm... any early morning mists. What does it matter so long as the reader is taken on a journey however, whatever. Hmm. Maybe I should wake up the master to help me. No, all I have to do is to remember what he has taught me, i.e. be a student. Full stop. He must have taught me more than that. So I’m a student. I’m studying. But what? He’s fast asleep and isn’t teaching me.

Look at him, curled up in a ball, snoring and dribbling from his wide open mouth all over his white beard, muttering in his sleep, and twitching his toes. What is he dreaming about? I bet he’s dreaming about Kelek and George trapped in the big darkness unable to move without the story teller, or any story teller’s hand to move them out of it. To hell with them. Let them stew. I’m more interested in Coffee Stark the count of Dongor, and king. What a man, to swoop down in a ball of mist and fly off with a woman. Such strength, such power, such manliness. Who but he could have perpetrated such a deed? The twin. The ego so large had everything it wanted except love. If you’re still with me you’ll see soon the darkness that Kelek and George are in, a darkness within, mirrored by the monster Coffee Stark, Kelek’s twin. Should I call him his alter ego? I don’t know if I should dare. But let’s suppose for a moment that he is. Oh what despair. But then, oh what joy. Which is it to be? I don’t know. I’m only the student of the master who’s fast asleep.

This story goes on. Hero’s in suspense. Damsel’s in distress, waiting to be rescued and the monster spoiling it all for everyone.

We need an interlude. Space to think. Let’s go on holiday a million miles from the darkness, where all is light. I can’t imagine such a place, can you? Okay, okay you think about sun, sea, sand and…just a dream right? So that’s not your cup of tea. Mine neither and it’s far from the story of where Kelek and George are:

Zen burst in through the doors of the Inn and brandished a sword and cried: “Where is Kelek?” No one spoke a word. They were all struck silly by such an apparition as: a woman with a sword held high demanding an answer. Because everyone held their breath and said nothing.

Zen lowered the sword. Lower and lower it went until it just nicked her big toe. Then everyone let out their sighs and breaths in a conglomerated outpouring of relief.

Maybe the heroin is here now to take control of the story and save me from ruin and darkness and such-like despair and what not. But no, not yet, I have not yet gone to the depths of darkness Kelek and George are caught up in. I cannot escape yet their darkness, though I try, it will not leave me alone.

Its sellotape stickiness is attached to my mind and I blow and blow but I cannot get rid of it and however much I try it is still here, that darkness that plagues my soul, my heart, my lot in life. What am I supposed to be? What is my role here?

What am I? This student is having a brain storm that will not let him rest until he finds out what kind of darkness Kelek and George are in. Master, please wake up. I need you now more than ever. I am lost. All is dark. I cannot see. I am going down. Where are you master? Where are you? What dream takes you where?

(I am here student, still writing the story, even though you don’t know it yet.)

The master snored all night long and eventually the student too went to sleep even though everything was trying to keep him awake with its incessant chatter of monsters, heroes and damsels in distress. Zzzzzzz.

The master awoke with a start.

“Oh my head. It’s bursting. Where am I? I think I had one too many last night and that’s for sure. I see my trusty student is still here, asleep on the other couch. I’d better wake him up to go get me some breakfast. No, I think a cup of tea is all I could stomach at the moment.”

The master reached over with his foot and gave the student a push with his toe.

“Uh. Oh my head. It’s busting. Where am I? I think I had one too many last night that’s for sure. Ah, master, I see you’re still here on the other couch.”

“Well of course I am still here. Where else would I be?”

“I don’t know. You might have gotten fed up with the concetticisms of the story and gone home.”

“This is my home you fool. Anyway why should I get fed up?”

“You mean you haven’t looked at the story yet?”

“I’ve given it a quick glance, no more,” said the master.

“I think you should look at the story. At least the bit that I did. I think I may have messed up a bit,” said the student sheepishly.

“You didn’t kill anyone off did you?”

“No, I don’t think so,” replied the student.

“Well it’s alright then. So long as you didn’t kill anyone off. You have a lot to learn and this is why I am the master and you are the student. So, where is everyone then, in the story?” asked the master.

“I think Kelek and George are still lost in the blackness of nowhere. I’m not sure. Zen came along and dispelled the darkness, but I think it was the wrong darkness or she was too late or something. She went in the ale house but Kelek and George had just gone, so she was standing there looking silly with a great big sword. Belilia is still having a bad dream in the tower. Coffee Stark is probably prowling somewhere. And the wizard is…I don’t know where he is. Matter of fact I don’t know much about him at all.

“Never mind all that now. Go make me a cup of tea,” said the master.

“But I want to know about the wizard, and anyway, we’ve run out of tea bags,” said the student hopefully.

“The wizard is my arch enemy. He too is my twin as Kelek and Coffee Stark are twins,” said the master.

Image by PublicDomainPictures from Pixabay

“Because I want it that way.”

“But where is he? What is he doing?” said the student.

“He’s having breakfast and feeling the after effects of one of his own potions. In the great hall, where many naked slaves wait to satisfy his merest whim. He sits at the littered board satiated by food and has already drunk half a bottle of wine and is beginning to feel half way alright again.” Said the master thoughtfully.

“Oh master, I love it when you tell a good story.”

“Quiet,” said the master. “I think it’s time to drop this master and student bit. You can call my Foeg. And your name is, if I remember correctly is Vell.”

“Yes it is master,” said the student.

“I can’t get used to calling you Foeg,” said the student called Vell.

“You must try to remember,” said the master.

Link to the last part gone before... https://goldvoice.club/steem/@wales/the-master-and-the-student

Thanks so much appreciated