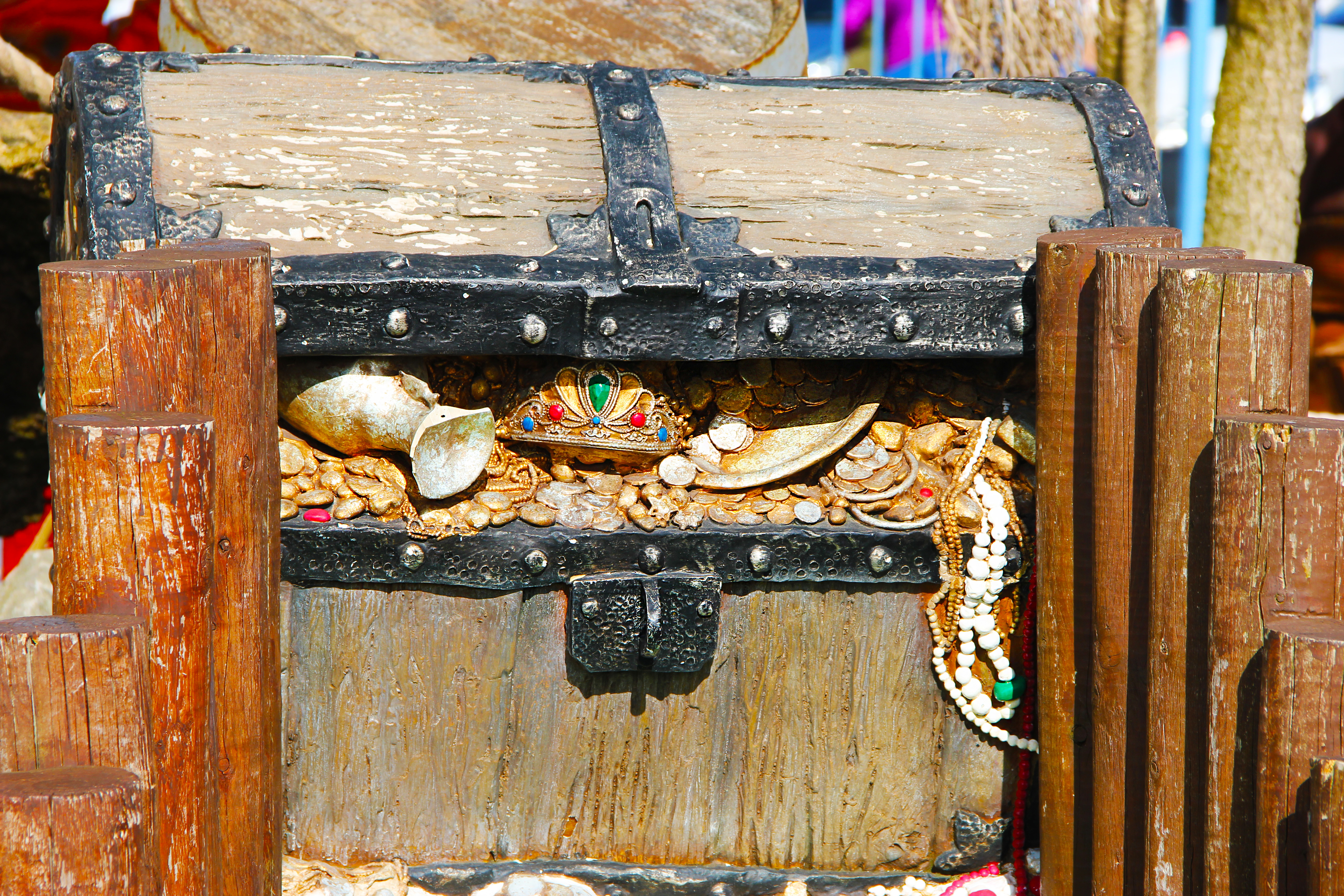 This one is a pirate story and hopefully a little bit funny...

Long winded up the very merry they rowed, though not so merry as would be, the pair of river rats: Jimmy the five fingered hand otherwise known as Jake the rake and a kleptomaniac to boot, and slim the evil slipper together on a mission to Fairbonnet church where the dead men’s graveyard was. Dark clouds, thick thunder and terrible lightning accompanied them.
The evil slipper grinned at Jimmy the hand who grinned back and said: “row faster.” The boat was sinking quicker than they could row, but just one more minute and they would be there.
As the boat finally slipped under the rain bashed river taking with it the terrible duo to their doom a rope snaked out and was caught by the hand just before it disappeared under and tightened on the rope. The other hand held the evil slipper fast by the neck. And so they were both hauled in, mostly drowned, but saved.
Standing over them on the bank where they gasped and coughed out river water was a most daunting apparition that was over two metres higher than its black studded boots. Long was its beard down the naked chest and darker than dark were its eyes that glowed red and saw all.
Strapped to its wide belt that held up loose pants was a savage looking cutlass that held the eyes of the pair cowering on the ground who’d been told there’d be no need of weapons or violence, just one foul deed to perform and they could go home rich with as much gold as they could carry.
“You’re late,” growled the savage looking pirate at the bedraggled pair who were recovering from their ordeal.
“It took us a while to find a boat,” said the evil slipper rising to his full height above the ground and yet still over two metres lover than the pirate’s headband that kept his hair tied back.
“And I had to do most of the rowing,” said Jimmy the hand also on his feet now and dwarfed by the giant pirate who on closer inspection was also two feet wide and half naked and looked like someone not to be messed with in any way.
The huge pirate shook his head.
“Arrgh, never mind that now, follow me,” he said and turned about to march off into the dark night with the two river rats following behind, but not too close.
Ten minutes of trudge sucking through the quagmire made worse by the rain brought them to the graveyard.
The pirate stopped by a crumbling tomb that had a solid door of stone that was nine feet thick of it was an inch and so impenetrable why would anyone try.
“In there,” said the pirate facing the door and glaring at it with a glare that could break a man’s heart in two at thirty paces but had no effect on the door whatsoever.
“In there?” said the evil slipper beginning to feel this was a futile mission and that he should have stayed safe and warm in his hovel that had a small fire of rusty bones burning and smouldering to keep it warm.
“Aye, in there,” growled the pirate.
“But how?” whined the evil slipper.
“Look, time has made a gap under the door,” and the pirate pointed with one of his large meaty fingers at the gap under the door that became apparent now that they were all staring at it.
“You have got to be kidding me,” said the evil slipper beginning to back away.
The pirate pulled his cutlass from his leather belt and it did look most sharp to slim the evil slipper who was having all sorts of second thoughts.
“Under the door with you,” said the pirate brandishing his cutlass in the face of the evil slipper who squeaked and then dove for the gap.
Arduous was the passage but with much cursing the tomb proper was gained. The evil slipper struck his flint and lit a candle he had carried just in case of need; and there was the gold piled high: doubloons from the Spanish Main or a sunken galleon, whatever.
“We’re rich,” cried the evil slipper and threw handfuls of the gold coin into the air.
After a while of doing this he looked to the gap and then to the gold, and groaned.
It was a long night but as morning’s first light appeared all the gold was outside and piled in a big heap on the path.
“What now?” asked the evil slipper totally exhausted from dragging the gold through the gap all night long.
“Your part is done,” said the pirate, “and now you can go. Take as much of the gold as you can carry.”
The evil slipper groaned again as he loaded up all he could carry and crawled off to hide it somewhere and then go back to his hovel, a good night’s work done but not so much to show for it.
“What do I do?” asked Jimmy the hand sliding down the mound of gold to land on his feet where his pants fell down with the weight of gold in his pockets.
On seeing this, the pirate doubled up laughing with tears streaming from his eyes.
“Perfect,” he thought to himself.
When he’d calmed down he looked at Jimmy the hand straight in his eyes and said: “I have a little job for you and then you can go with all the gold you can carry.”
“What is it?” asked Jimmy the hand pulling his pants up with difficulty.
“Come with me,” said the pirate, “and I’ll show you.”
They both tramped off along the path towards the church.

Image is mine, but it might also be on my Pixabay site