The master and the student 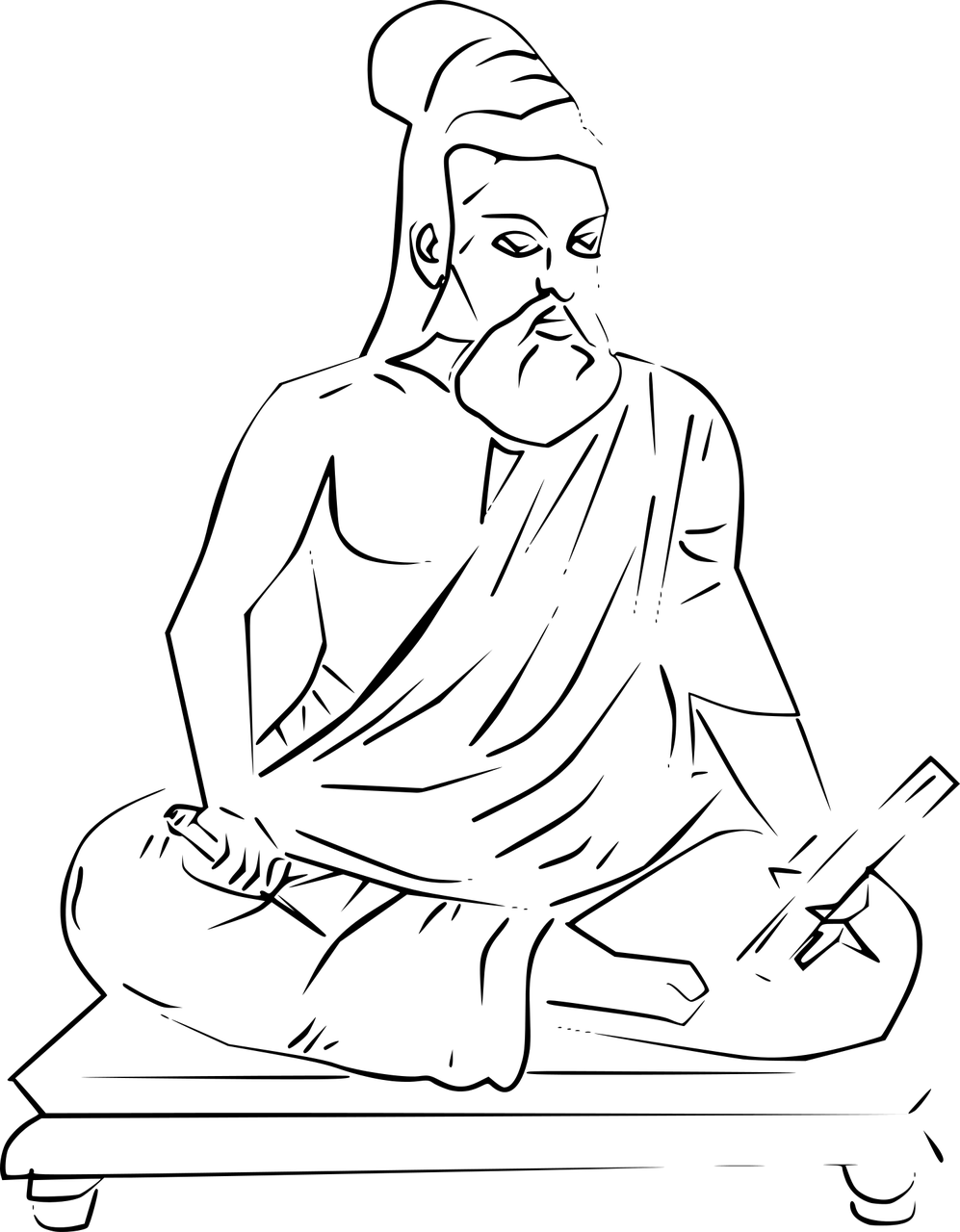 This is the next part of the sword and sorcery tale...

THE MASTER AND THE STUDENT OF GREAT STORY TELLING

“Then what happened master?” asked Vell the humble student.

“Give me a chance will you,” said the master a little impatiently.

“Okay,” said the humble student of the art of great story writing.

“Where was I?” asked the master story teller.

“I think you were telling me about Kelek’s rising above his body while he was dead drunk and lying on the floor,” said the student.

“Oh yes,” said the master, “so I was. Well, while his body was out of it, his spirit, soul, whatever, rose up and looked about. Nothing was hidden from him, nothing, not even a dog farting. And one did too, but he looked somewhere else at the time. Kelek soared above the city, over the castle that smoked and reeked of evil doings. Emanating from a tower of the castle was a strong feeling that took a hold of his heart and pulled him that way. With a whoosh he was there beside his beloved Belilia.

“Oh what has he done to you my love?” said Kelek’s ghostly spirit hovering over the sleeping but potion racked body of Belilia. She didn’t answer, just gave a groan and curled up a little bit more into herself.

Kelek hovered a while longer but there was nothing he could do, not in that state, so with a last glance at his beloved on the floor he departed back to his body.

“Kelek. Kelek. Are you all right?” shouted George. Kelek bounded up and got a hold of himself and said: “Of course I am George. Aren’t I always? Come on we’ve got a damsel to rescue.” Kelek charged out of the door into the night with George following close behind who shouted his battle cry: “Here we go.”

The night was waiting for them and Kelek and George fell into a trap of dark blackness that someone who we won’t talk about now had left lying around not so carelessly as first would be seemed. It wrapped them up so tight they couldn’t move.

“Shiiiitttt,” shouted George who was caught too with Kelek in a darkness that wrapped them up so much they had to stop screaming. If only they had a lamp to light the darkness...

Image by Lukas Baumert from Pixabay

THE MASTER GOES TO SLEEP AND INSUBORDINATION IN THE RANKS

“So that was it then, they were lost never to escape from the darkness, from that emptiness of the dragon,” said the student to the master.

“Not quite,” said the master with a gleam in his eye.

“But how could they escape from such blackness, such nothingness with no hope?”

“Oh there are ways. And there was hope. There is always hope,” said the master.

“Who is this Coffee Stark?” asked the student of the master who was beginning to drift away.

“Uh?” said the master with a start.

“I said, who is this Coffee Stark?” said the student.

The master pulled at his ear lobe and thought about it. After some time had allowed thoughts to develop the master spoke:

“Coffee Stark is the emptiness dragon and is Kelek’s twin brother who everyone thought had died at birth, but actually and secretly he had been spirited away by Kelek’s mother’s sister who was a wicked witch. There were heavenly bells tolling…”

“Master,” interrupted the student. “You’re straying from the main point of this story.”

“Am I?” said the master yawning. “And pray tell, what is the main point of this story?”

“Oh master please forgive me. How could I, a mere student of green activities, a ban the bomb protester, a vegetarian who meditates and who tries not to swear or involve himself in any illegal activity, yes, one who follows your every word to a T, whatever that is, one who would follow you into your grave I’m sure, even though he’s not quite dead yet in the full sense of the meaning, who’s not quite sure of himself and needs all the encouragement he can get from the all-knowing great master story teller who knows everything?...”

“Enough,” said the master. “I know exactly what you are saying.”

Long drawn out moments heaved breaths of almost immortal sighs that became less and less until the master said:

Image by Holger Detje from Pixabay

“On principal,” said the student.

“What principal?” asked the master.

“Yours,” said the student.

“Oh…okay then, if that’s how you feel. Swap places.”

“What?” said the student.

“But how can I?” said the student. “I don’t know what the story is about, that is, I don’t know where it is going, I mean, I could never tell it like you could. Oh please master, it’s your story. You tell it.”

“Okay,” said the master. “Have I quelled the insubordination in the ranks?”

“Right then,” said the master,” we’ll get back to the story. So what is the story?”

“Oh master. Although I am only a humble student at your feet, I seem to remember the story was about a terribly big swordsman called Kelek who was with a dwarf called George and they were caught up in a blackness they couldn’t get out of.”

“What about the wine?” asked the master.

Image by Dirk Wohlrabe from Pixabay

“In a minute master.”

“Yes, well. As Kelek and George were all tied up, Zen who we all had forgotten about had been battling through the night to find them. She was in a terrible sweat from her blind endeavour, but being slightly psychic she pulled clues from where they needed to be found, and finally with a final heave she flung in through the door…”

“Pardon me master. What door?”

“Ah, um, yes indeed, what door? Oh, the door to the Ghoul Inn of course. Zen came through it with a bottle of wine and a smiling face and dispelled all the darkness that was around.”

“You’re getting awful surreal or something.”

“Well it’s hard to tell a story when you’ve not had enough wine,” said the master meaningfully.

“But you have had two bottles full of wine master.”

“Why don’t you have a good sleep then,” said the student to the master who was definitely beginning to nod off this time for sure.

“You carry on then. I’m going to have a little sleep.” The master curled up on his leather couch and fell into a deep sleep that took him far away from the story.

This is a link to the part of the story before this one: https://goldvoice.club/steem/@wales/swords-and-sorcery

I tell stories, it's what I do

steemitbloggers
Congratulations @wales! This post was selected by the Power House Creatives.

It’s wine o’clock if you ask me

Yes, and the next part of the story will be out soon...

Hahahaha! I love it, @wales :D

Nice work @wales. Congrats on being selected for the rally up.

Thanks, it feels good to be so chosen...

It's nice to be a recipient

I think there is an order in or more wine!! Let the dance continue!

Thanks, always room for more wine

@dswigle wrote lately about: Give In To Kindness Feel free to follow @dswigle if you like it :)

Lesson is life, direct learning! Student has a tale to tell.

So very funny!
You're getting awfully surreal or something.
Great read, thanks

Nice read and congrats on being selected for the rally upvote!

Now I want some wine 🍷 too @wales. Excellent continuation. 👍👍

LOL..will love to see this continue!

There is more to come