Ten gates of the karma bum 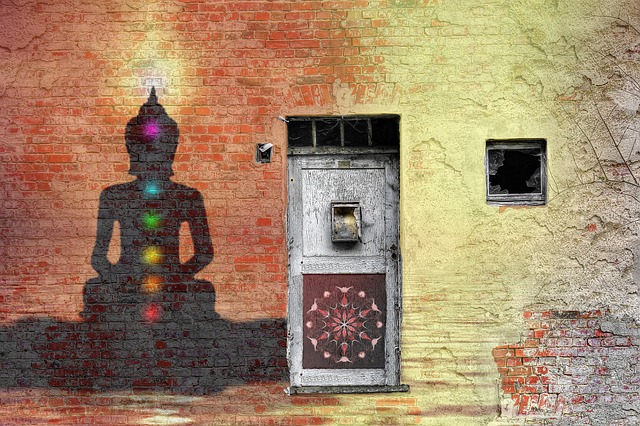 I was doing this one right up until I took my feet off and went to bed...

Rained on, and glued to the inside crawl where I was coming from and looking for something to believe in, maybe something push certain, I died and was buried in my shoes.

Six months later I came to my senses in all the blurred degrees I was surrounded in and said I am not guilty, so they put me back under for another twenty years until I was almost as stupid as I was the last time I came to where I was holding on with all my might to nothing much as I whirled around.

Well, it’s a kind of a thing, you know, it’s one of them kind of things, something that can’t be explained; it’s a conundrum, a metamorphic existentialism. That’s what it is.

Image by Reimund Bertrams from Pixabay

There are small moments of eternity that come along and do a little dance of some kind, and then are gone.

Never to be seen again

Right now there are 7 billion of them all over the place, here on planet Earth, risking it all with one throw of the dice to achieve their every dream.

That’s a lot of eternity, right there. If one were to break it down into molecules that were normal until eternity comes I’d be most grateful. Yours sincerely, a small measure of eternity.

Image by skeeze from Pixabay

Any letter, it doesn't matter

Now lick it shut with your lips

You can go home now…

Image by Karin Henseler from Pixabay

Almost half waking up most of the time as I headed along wherever I was going as if against some ordinance or other where I couldn’t build a spaceship in my back garden and where in the great game everything was accounted for and Sunday lunch was free, I felt most brazen where I was out back of left centre and singing to the ducks.

Image by Schmidsi from Pixabay

There was a black cat outside, soft and ambiguous, young and staring at me, and wearing a bell called Charlie that looked like a very long haiku.

Oh, am I outside, and god, look at all the holes in the sky.

I must be falling in love now, I said as I stared around me.

The cat was looking at me and sitting still and fitting in perfectly. It knew that I was not a threat, at least not that side of the fence; but whatever, it knew me inside out, and was just there sitting, and looking at me.

I sat down; and as I gazed at the sky I heard a voice say: come in number seventeen, your time is up.

The black cat jumped over a further wall and was away, and left me in my dreams where something was nowhere at all, and the engine of life was running down.

Image by PublicDomainPictures from Pixabay

I have to do most things for myself around here you know, I even have to fry my own mushrooms like some faceless warrior given up on swearing and swooning in his doom.

Image by Jordy Meow from Pixabay

First, do no harm is a Buddhist saying I take most religiously, until I am surrounded by idiots, and then I find I am allowed to call out for help, but by then it may be to late, and the programming will not save me, but whatever, fuck the Buddhist idiots.

Secondly, I’ve been feeling lately that I’ve been blocked in my seventh Chakra and I’m not happy about it. And no, I am not going to ask if anyone else feels this way; that would be a fool’s blessing in disguise and calling out like a foghorn in passing to find its release.

Sometimes when you ask a question you have to wait a long time.

I will now sneak away into the rain….

Image by Brigitte Werner from Pixabay

Suddenly, losing all relevance to anything that came before this moment in the sublime I felt a pressing need to grow mushrooms, silently....

Image by tambattru from Pixabay

You've come a long way in such a short time

I think you must be an angel

For only angels can travel like that, said my karma bum…

Image by mohamed Hassan from Pixabay

A good-bye cage, hanging under the roof of this, failed to suspend, and so was deeming useless in its withdrawal plans, and although safety was always first, this could not be so, and that’t when the ripping began, the cognitive dissonance,
as it comes and roars its indicidence

It’s called insipidence, and it’s a world wide epidemic, and it comes from being locked in a cage.

Well, that’s the theory anyway, as I was taught it.

Third: Don’t forget that you will be going home soon.

Image by DarkWorkX from Pixabay

Fourth: Let us now rock and roll the fuck out of this, and although we are not complete simple fools, we fucking well ought to be, shooting for the moon and five miles under from where we ought to be, and still going for it.

Image by John Collins from Pixabay

Fifth: rust is rust and there’s no getting it off.

Image by pixel2013 from Pixabay

Sixth: Fasten your seatbelts now, we are about to take off.

Seventh: hang on to your angels for all you’re worth and never let go, even when they’re taking you down further than you’ve ever been, not even then, or you’ll miss the swoop up the other side that always comes after the dive.

Image by Susann Mielke from Pixabay

Eighth: flying is not for everyone but thirty cents on the death groan is better than nothing

Image by Christine Sponchia from Pixabay

Ninth: There are many dreams you could miss while driving through all the places you can never get home to so never miss a good turn when you come to it or you may find yourself regretting it.

Image by Monsterkoi from Pixabay

Tenth and last: buttercups do grow up with daisies, and you better believe it.

Maybe the blockage isn't a blockage at all.

Perhaps its just perception that is calling to be shifted....

Thanks; if only I could find it in all the shifting perceptions

There is such a thing as a free lunch - it's on Sunday at the temple.
As Spike Milligan said:
There are holes in the sky where the rain gets in,
but the holes are so small that's why the rain is so thin.

Love Spike, and the goons, and small holes in the rain