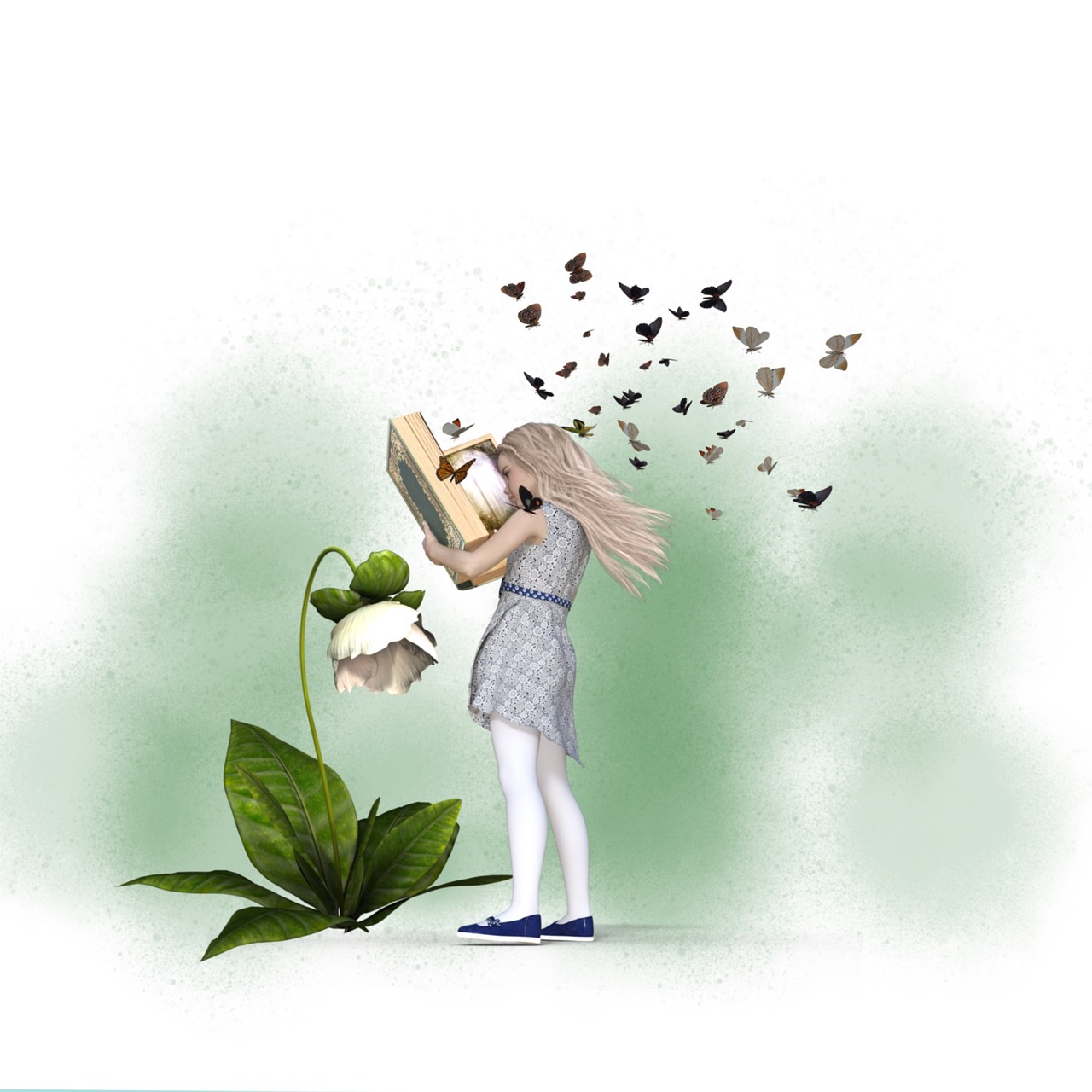 I think I write mainly for me, so that when that time comes when I'm broken again I can go read what I've written about it, and find some comfort, but I've written so much now that it's hard to find that one thing I've written that covers the moment I'm in, so I keep on writing, and writing...

WHEN THE BALLOON WENT UP

The early morning graffiti was still half asleep in the shadows of the rising sun where two pints of Mary had gone the night before in the recondite recognition of a lowly wall.

Up through the tide of day it pushed with its brash statement that the sea levels were rising up fast and we are all doomed.

A motion stone that had no boundaries and rarely took prisoners became enamoured with the graffiti and took it to heart as prophesy foretold and so began planning to build a boat.

When news got on the grapevine that something was happening the bible thumpers banged on their bibles like monkeys in the jungle and all began babbling at once that the second coming was close and to get to church to pray harder for salvation.

When the government were questioned about the coming apocalypse it was denied, but behind closed dark doors secret meetings happened where they all laughed their heads off and talked in gobbledygook (politician style) until the balloon went up and then they all fell asleep; it all being too much for them to comprehend, and one of the alcoholics was kind enough to die of liver failure (politician style of course.

Into the equation more and more enlightened ones came to put the fire out, and although the universe didn’t care one way or the other about any of it, still they did their best and a voice was heard here and there before it was extinguished by the evil ones with their long shadows that spread over all the land.

So it was little wonder that so many in disguise wrote on walls their truth and then went back into hiding.

Many were lost in the wars, in their sex and religion, in front of TVs, and the institutions they fitted into that ate them and left so little behind to talk to it was hardly worth the bother.

Strange is the world and stranger still is the spaghetti graffiti that spread over all the walls of all the cities until they were all covered and there was nothing left to say.

“It’s so nice to be five minutes alone when I’m ten minutes from the dream,” said the oh so nice whisker of perfection hidden in the honey and not about to come out any time soon again for anything that was not worth the time to come out for.

“Success or failure; does it really matter? Hmm; we are whatever we’re feeling.

And now I shall reveal the secret of the universe in a five span hand clap called Mu. Did you get it? Never mind, see me later after sundown and bring a bottle of wine.

The feeling machine burns with an incandescent brightness from inside until only fear of the unknown is left and then that too is consumed and transmuted into energy that is far beyond the old paradigms.

Beings of light understand this and listen, but those stuck in their minds fear it and call it madness and would suppress it.

The celebration continues, the masks falling away to reveal the true beauty from inside.

Many come to know, to ask for the truth to be revealed; and for those who are sincere nothing is hidden.

So, if we’re all still on the page and not gone dancing it means more must be said...prepare to be eaten,” said the pickle.

The hot translation company were finally open for business and were drawing a crowd on the back of a postcard when this hot Chinese chick stepped into the office wearing pyjamas and carrying a suitcase which she set down on one of the desks and opened.

“What do we have here?” said the boss opening his mouth to speak but quickly falling silent when the green gleam of a million bucks began talking about all his dreams coming true.

Into this noisy silence the voice of the Chinese chick intruded.

“I want you to translate this for me,” she said.

“Into what?” asked the boss, drooling.

“Into a dream like no other,” she said and sat down and looked at her watch.

“You have five minutes that begin now.”

A BREAK IN THE NIGHT

Sammy and the blue dogs were taking a break out on the hump where the witch-Charles were sowing the night with their yearning, and for all anyone knows this is what they may have been created for.

Half way through their smoke a communist riot shouting treason, jealousy and suspicion on the hard edge of death strolled by and stopped for a chat and a tete-a-tete in between all the outpourings.

The left foot of this took a while to get over before they could speak again but before long the ice was broken and they were knee deep in their broken sayings and after a while of this they found they were both a chip off the same block and so they were both able to sound each other deep into the rigmarole that only makes perfect sense after a number of beers, usually.

Suffice to say, nothing much was said, but it was a pleasant agreement they had of it for while it lasted.

And then the whistle sounded for the second half and they dibbed their dibs and chased off to finish what they started a while back.

The monkey in its tree took notes of all they said for the secret agent to use later in the book he was writing, about subversive types.

Image by tookapic from Pixabay

When the tactical granite was laid end to end it came up short by about a filibuster and it was ole Joe Gray who was named as the one who did it: “He did it milord.”

“Well then, off to the desert island with him.”

Not everyone agreed with this by a long way but they were silenced with the big shush and so weren’t heard enough to make a difference.

When Joe Gray arrived at the island a piece of tactical granite was tied to his leg to slow him down a bit and to remind him of where he came from.

The women of course found this most attractive and in no time at all he found himself married off at the local auction to one of the beauties who all came with very long legs and a rusty key to be used only in an emergency.

Over time and ten kids later the granite had worn down to an old memory of something that Joe couldn’t use anymore and so he buried it in the sand and taught his kids how to swim; and then one by one they swam off to the mainland and squeezed through the filibuster in the tactical granite that Joe had been blamed for and danced naked in front of the whole place which caused shocked gasps and a lot of winking from the priests who called in the army to round them all up and throw them in prison.

Much later as time flies or drags depending on where you live, the hive mind of the place they were in sent the deviants, so called for want of a better term for them back to where they came from to live out their lives in servitude to the crown for their huge crimes against the state and for being free-loaders to boot.

They were sent on their way with their pockets filled with tactical granite to keep them from flying off and escaping.
Back on the island they were hailed as heroes of the revolution and sent straight to bed to write a strongly worded letter against injustice which would never leave the island for want of a postal service to send it.

Over the years the waters of the ocean rose higher and higher until the island was covered and the islanders had to use straws to breathe through as they all stood on tiptoe on their sunken island.

The rich on their mountain stopped throwing down tactical granite and laughed long and loud on finding that their evil plan was working so well to sink the world and drown everyone except them.

When an Arabic cow drifted over the island on a raft made of tactical granite everyone knew it was the end.

@wales, nothing wrong with writing for yourself. You have to have an audience or it isn't worth it. The self is a worthy audience. I found this paragraph pure gold:

Many were lost in the wars, in their sex and religion, in front of TVs, and the institutions they fitted into that ate them and left so little behind to talk to it was hardly worth the bother.

There's something very Catcher-in-the-Rye-ish about that.

As a writer I'm just executing my duty to interpret what I see around me. Thanks for your comment, it's much appreciated. Read Catcher in the Rye and liked it, but did Salinger really live the live he wanted, and if he didn't would he have still written the same?