One of those days in the asylum 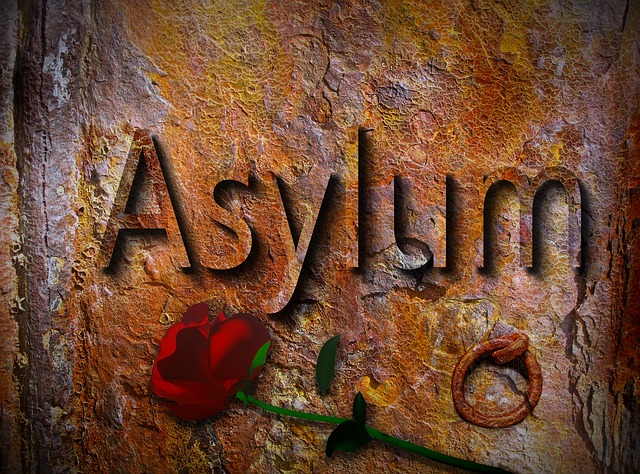 When you're having a good read of the newspaper in the asylum the last thing you want is someone knocking at the door...

Image by kalhh from Pixabay

Inside the deserted asylum where flowers never grew and joy is frowned upon as ‘too good for the likes of you’ the warden was preparing to fire up the boilers for the next shipment of interns and had got as far as the sports section when the bell rang.

“’Good day,” said Mike, standing there as the huge door was opened creakily.

“What do you want?” said the warden, angry to be disturbed by a mere nobody holding himself with in all the gravity.

“There’s no fire here, go away,” said the warden and closed the big front door and went back to his paper, muttering all the way.

A few moments of peace happened and then: “buzz, buzz, buzz,” went the ding-dong bell most insistently.

“I wish these people from out there would leave me alone,” he said as he went and opened the big door again to find standing there in all his glory the whistling blower back from holiday with money in his hand.

Image by rawpixel from Pixabay

“What do you want?” said the warden completely out of patience.

“I want to sell you some money,” said the whistling blower.

The warden could only look at the man holding out the money with a dumbfounded and perplexed expression on his face.

“Money,” said the whistling blower thrusting the money at the warden.

Slowly and with great effort the warden shut the door on the world and all its offerings and resolved that come what may he wouldn’t open it again that day.

As he went back to his seat the smell of smoke began to permeate his nostrils making them twitch.

He sniffed a few times to be sure and said: “Smoke.” And then thought nothing more of it and took up reading his paper again.

Image by Ralf Vetterle from Pixabay

They say if you bend over backwards fast enough things might change for the better, just don’t hold your breath while waiting. But then there’s so many saying so much these days that if you believed all of it your belief system would be stretched beyond credulity such as scientists finding proof that god exists and then showing you a picture to prove it that makes you fall out of you chair.

When you fall out of the sky this way with barely an excuse left to hold onto it puts a crinkle in the perfection of your beliefs that’s hard to iron out.

So when the warden came to his senses he found himself lying on the carpet still clutching the newspaper and barely able to move. He lay there for a long time before he twitched, and with one twitch comes another so it wasn’t long before he was able to climb to his feet and stare life in the face again, but this time with a picture from the newspaper in his mind to prove god existed and was alive and kicking and over in Kentucky.

Image by Pezibear from Pixabay

So without further ado he booked an overnight sleeper and set about preparing to leave from where he was. But it must have been one of those days for try as he might the more he tried the less he did until the time came to leave left him kicking and screaming that he wouldn’t get to see god, and with all the money gone that’s how he felt.

“OMG,” he said and collapsed back into his chair and stared at the newspaper and the second hand grainy picture of god.

Over in the dark corner of the room where the shadow was hiding, the sound of a snigger came that went all of three feet before turning around and going back again; which is just as well for this is the end of the story...

great story, the I can feel the emotions of the story. Someone feels annoyed and someone seems persistent.

That's great, when you feel something from a story it means the story has done its job...

God is alive and living in Kentucky, eh? Makes sense. 😂

My world is an asylum @wales 😁

Yeah, I know what you mean, it seems that way a lot of the time