Cycling round the sun 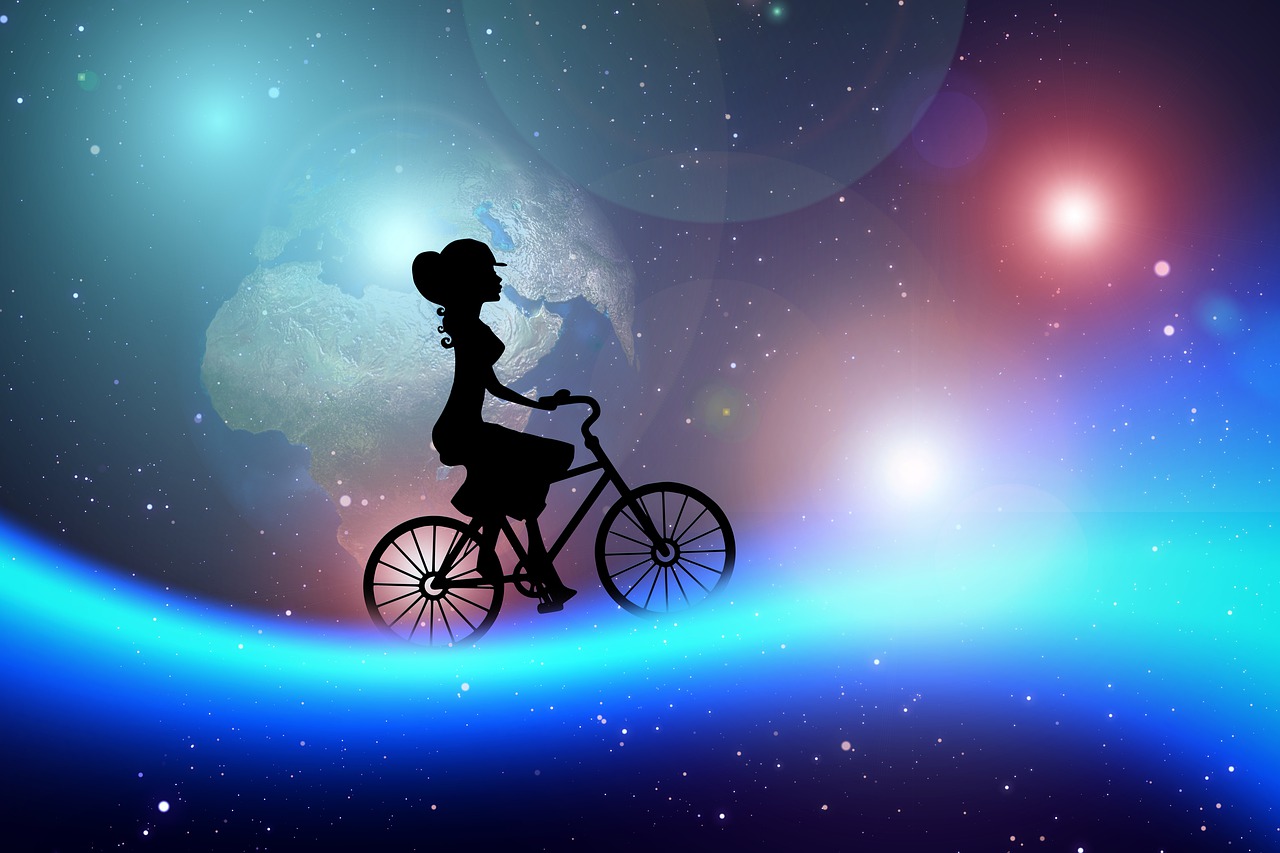 This one is taken from Miss Pretty's diary and tells of her journey around the sun...

"Today we cycled round the sun in our pyjamas, it was hot. We lost a tooth part of the way to the insurgence that fell apart, but that’s okay, we can always grow another one where the rest comes easy.

Many hits came to force us back, and at times we became lost, but our compass was reliable, and so we carried on.

Arriving at the half way point we had many tales to tell about the where, the witch and the when, and very entertaining it was too, with no one to gainsay us our say; and we found our self to be there with no time all; but this was not so peculiar for we had our eyes open all the time, so seeing was what was.

Near the end we had a nice coffee to cheer ourselves up in the desert and that gave us fuel for thought for we carried nothing with us but our resourcefulness which came in handy more than we thought it would and this was most pleasing.

If our shoes were too big at times we really didn’t mind, mostly, unless we tripped over something in the way, but we had secret pathways past that, and anyway, singing at dawn cured everything, what with a little bit of this and a little bit of that to keep us cool. So we survived and are still surviving to this moment in the all told never to be forgotten.

Sometimes over last times our zip fold came unstuck so the mileage never got recorded past the ‘very much we are here,’ mark, but does that really matter?

The old: ‘I saw my baby,’ was singing everywhere, but then it always is, and of course by now we were immune to its pulling on the heartstrings and so that river didn’t pull us anywhere.

If you haven’t guessed by now the pyjamas don’t come off here where the sun machine gets put away every day for another time to come up again; and: ooh look, there’s the moon, but only half full, the other bit must be breast-stroking where we can’t see, in a pool of delight we’re sure.

“You’re supposed to be happy,” it said in half a voice dressed up in something that said: “don’t go there,” so we didn’t over a smoke and cold mint tea.

We are quite pleased to have come this far with so many voices of reason calling; but we know they will be on later on the karaoke doing a Burt Miller on us that we will only be able to escape one way, straight up; but we are always hopeful for a miracle.

And now the space saver has come to save paper and call it a day and into bed bye-bye," said Miss pretty to herself in her diary.

Something different. I enjoyed it. 😊