A thing of works 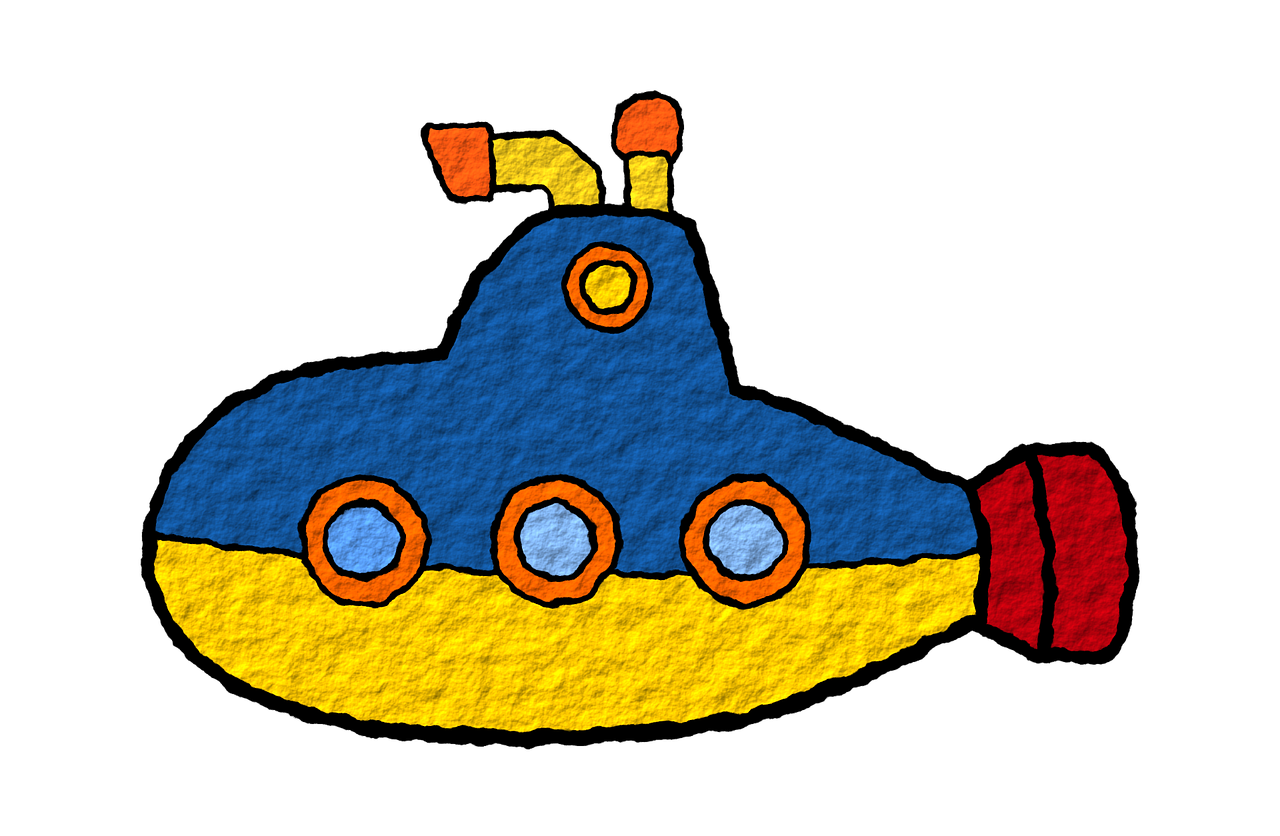 This is Captain Moriarty in his submarine called the Vindaloo curry...

Captain Morgan Jones was in his cabin and staring in total fascination at the world inside the bottle that was changing constantly. The closer he stared in the more he saw, and then, right in the middle of a desert was the number 37 looking back at him.

“A pizza would be nice with extra cheese and not burnt on the bottom,” replied Captain Morgan Jones.

“A trunk full of money would be nice too,” said Captain Morgan Jones.

“No problem,” said the number 37. And with that said a knock came at the cabin door.

“That was quick. Come in,” said Captain Morgan Jones.

As the door opened and the aroma of the pizza came into the cabin, Captain Morgan Jones forgot all about the bottle and pulled out his knife and fork from his pocket.

The pizza boy left the pizza with Captain Morgan Jones, and closing the door of the cabin walked off along the dark passageway of the submarine wondering how he was going to get back to Ponty now.

The passageway became so dark he walked into a dark hole that sucked him up and put him down in Mill Lane, and there was his motorbike leaning up against a lamp post where he’d left it.

“That was a strange delivery,” he said as he started up his motorbike and then rode back to the pizza shop to see where his next delivery was and as he rode back a camel, wandering through the desert came to mind.

Deep down under the waves of the ocean, Captain Morgan Jones was in his submarine, The Vindaloo Curry and flying the flag of revolution as the Jolly Roger for all to see. He wasn’t going to come up again until world peace had broken out or until all the air had expired, either way he was feeling doomed and so broke out the rum ration.

Two miners hard as stone were stowing away in the engine room, they’d chewed their way up from hell through thousands of years of rock and had found the submarine resting on the bottom of the ocean one day, and so crept in through one of the rusty holes; although there was nothing about them that would melt like butter in anyone’s mouth still they were grimacing sweetly as they shovelled coal into the boilers.

Over in the passenger lounge two feet thirty was jazzing the piano and by the smile on his face no one could tell he’d been drunk for 7 years straight and as the boat was well stocked he’d be drunk for 7 more.

The kissing girl was on board and kissing away with one of the crew in the torpedo room and were going at it so hard they didn’t notice when they leaned over too far onto the red button and off went a torpedo a mile a minute until it ran out of steam and sank to the bottom of the ocean into the thick mud there and disappeared forever and ever and so was never seen again not by anyone or anything... Moving on now...

FOR ALL INTENTS AND PURPOSES

Down in the pump room greasy prisoners shackled to the pumps pumped hard to keep the water out and they all to a man knew that if they stopped pumping they’d be the first to drown.

So day after day they sweated to keep the water out and their muscles grew very big until they became giants, yet still they pumped the pumps for all they were worth. Muscles was the leader of the bunch.

Three feet deeper than the average man was the second lieutenant who knew all about boats and could be relied upon to tell you anything you wanted to know in the blink of an eye, so help me god, and was into the religious relief too. His place was never determined so he went about tapping the clocks to see if they worked, and he had a red book that he put names into for future use and never drank in front of anyone because he was half Muslim about it and saying, that if he ever got into heaven god would know.

Everyone knew when he was coming by the tapping he made and so hid from his sight, and for all he knew the boat was empty with only him and the slaves in the pump room and the drunken Captain of course on board.

Up in the bell tower a roustabout going by the name of Harry H was keeping look-out for ice bergs and things like that but couldn’t see a thing through the steam surrounding him and so was easing the tension by enticing one of the working girls with a free pregnancy voucher, on the sly like, while undoing the buttons of her blouse with his hook and hoping to get lucky before his shift ended and he had to go back down into the bowels of the dark beast.

So when the call: “All hands to the pumps,” came he said: “Drat,” and gave the girl a biscuit to chew on while he was away, and off he ran to see what the problem was.

“I’m going fishing,” said the girl to his departing back.

Through the long dark passageways of the submarine he ran, past the creaking of the rusty metal plates bowed inwards from the huge pressure of too many tons of water that threatened at any moment to burst.

The claxon was so loud he couldn’t think and so was in emergency mode and ready for anything.

When he came to door number xx he saw a red light leaning over backwards and winking at him like a Bangkok whore.
“Ah hah,” he said, “a clue.”

Backpedalling on the slippery floor he came to a halt and decided to investigate and pushing at the door he found it rusted shut so he began kicking it.

Half an hour later he finally kicked the rusty door open enough to squeeze inside only to find it was too dark to see. So pulling out his trusty blow torch he pumped up the pressure and lit it with his sparker and then he had light to see.

Sitting at a desk with a little hand bell and a smoking cigar was T M security writing up in a leather bound ledger with the drips of the echoes coming at him thick and fast out of the shadows, but when the light came on they stopped, and then they were banished to the corners of the metal room to wait for the darkness to come back.

“You’re late,” said T M security looking up from the ledger into the glowing flame of the blow torch.

“Late for what?” said Harry H looking around at the empty room.

“Here’s a pass, go through the door behind me and you’ll find out,” said T M security holding out the pass.

Taking the pass, Harry H moved around the desk and pushed at the heavy wooden door he found there with the number 37 on it painted in gold.

It opened creakily and as he walked through holding his blow torch in both hands and pumping it to keep the pressure up he came across the ghosts of the Titanic.

The door slammed shut behind him, trapping him in with the ghosts.

“Whooo,” said the ghosts dancing around in the room and looking decidedly ghostly.

Wondering now if he’d made the right choice he pulled at the door behind him, but it wouldn’t open, and the blow torch was running out of fuel, the flame growing smaller by the second.

“Welcome,” said Princess Simone who was the queen of the ghosts.

Harry H did a double take at suddenly seeing Princess Simone right there in front of him.

“My princess,” he said and did a little bow.

“No time for that now, follow me,” she said and swept off through another door without any numbers with all the ghosts following her and Harry H bringing up the rear.

Several doors later and they were all quite lost but they could hear ballroom music coming from somewhere so they must have been close to somewhere, but as to where no one could say.

Many doors later as they went ever deeper into the belly of the iron beast they found it was past coffee time, and so a wail went up for coffee.

“Ding ding,” said the number 37 in passing pushing a coffee trolley out of door number 4660.

Everyone took a break for coffee then and gathering around the coffee cart got their breath back from their mad dash to wherever they were.

Looking in through a window was a little boy reading the story.

A THING OF WORKS

The mind they say is but a wind upon the bridge of all dreaming; would you then harness this wind for your dreaming to make it a thing of your works?

And the hero, forgiven to surrender wants to go home now and rage-fires burn in the face of this where the space margin is another Uzza Daisy on the idiot radio of repeat questions in the common hours while all the while the land burns under the illusion tree for the driven dust on the edge of the great decision to peel back the layers to reveal the snakes and mirrors of any deceit.

On the borders many come to escape and bring with them their hopes of an exhilarating destiny and the cheap perfume of their fear seasoned in all the wars where time has no spaces more than the breath moves for death, that great absence to take it all away.

But this all will pass to come around again in another form, as the hero too will rise again to fight the good fight. The great game, played out in life’s stage, over and over until...

A stir fried French beau with a stiff lip to boot was showing Princess Simone around the perfume department and they were going from one thing to another and taking a lot of time about it as the ghosts, and a Bermuda Triangle followed close behind wearing an American bikini over easy and two drops of a steady grin.

Just before they got to the bottom of an enormous pile of loopholes in their spending power a nervous manager came out of nowhere and began to limp up the beginnings of a hard smile and all that went with it but was forestalled by the sudden appearance of a gold credit card that had the makings of dreams to come true which sent him off in another direction.

And that’s how you deal with managers who should know better.

End of part one