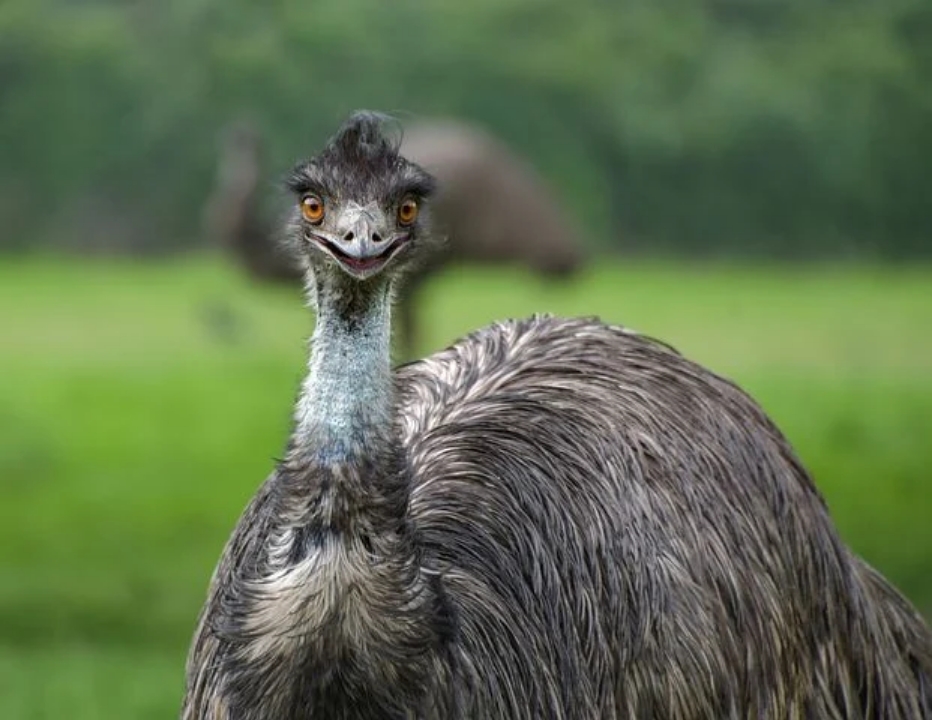 He was noodling at his guitar as both police officers showed up. There was no need to show them what happened. The emu with the cut off the head was still where it was placed by its killer and so was the chocolate wrap.
The men nodded at each other from a distance.

"That smells", Fidelo said. He made some notes took photos of the dead bird.

"If so not for me. I have nothing with emus. The only one who can tell us is the one who did it. That couple doesn't seem to know anything.
More photos we're made of the front door and carefully he took the wrap from the door.

"Let's say this is evidence. Should we examen the bird?"

"I doubt something is hidden inside, the cut-off head seems to be the main message. A " you-better-keep-your-mouth-shut-one" if you ask me", Ben said.

"Sir, I have some questions are you willing to answer them?"

The man at the veranda nodded.

"You know someone keeping these birds?"

He shook his head.

"Are you ever threatened, you have enemies?"

Another shake of his head.

"Since how many days the lady lives with you?"

"Three only", Ben replied as he noted the answers given. "Three and someone already traced her and threatens her? What did she do?"

"You want us to take care of the emu", Fidelo asked. Vultures circled above his head. "We took photos and it's better to remove it before it attracts more vultures and the coyotes."

As they drove away Ben looked over his shoulder and saw the man studying the emu. They drove in silence. As Fidelo dropped him at home he knew the man was right. It was a sign, a clear sign, but given to the wrong person. The daughter was mixed up with her mother. It was Magda who should watch her steps, keep her mouth shut. After he had bought some food at the restaurant at the corner he would discuss it with Jim. Who knows what he knew, besides the man deserved some answers after all these years.