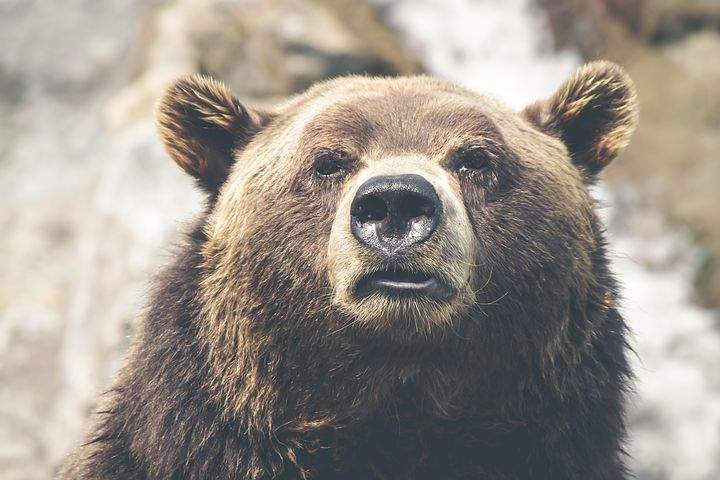 They moved over there because people not liked them. They believed the seven were the Evil Brotherhood that brought plagues over the country.

Together they lived in a cave and made a cozy home out of it. It was all peace and harmony. No stupid people dared to search for them since they feared the dark and the strange sounds in the woods.

To keep themselves busy the seven collected nuts, berries, herbs and eggs to eat and everything else they liked rocks, stones, and shiny items. They hid it in another empty cave which they called The treasure room.

On a certain day, as they went to cherish their treasures, the whole place was messed up.

"Someone was here", number One said, "my collection of rocks is gone. I build a tower right here!"

"You are right", number Three cried. "My shiny stones are all gone." He ran through the cave in circles and was so upset he would not see a bear if it stood right in front of his nose. The others did and start screaming like nuts.

"A bear, get over here number Three it will kill you and you end up for his supper!"

"What! What makes you think I like to eat old, ugly guys like you", the bear growled, "I am a vegetarian and what the hell are you doing in my cave! Is all that garbage yours?"

It pointed at the back of the cave.

"This is our treasure room", number Two said firmly and did a few steps towards the bear, "you better leave or number Five and Seven kill you."

The bear bends forward and opened its mouth as if he intended to bite of number Two's head.

Number Two started coughing and turned green. Quickly number Four pulled him away from the beer.

"Can we please have our things back", number Six stuttered. We thought the cave was empty. Five and Seven will not kill you, we are just a bit overwhelmed."

"You can say that", number Two said, "when was the last time you brushed your teeth!"

"Before I had my goodnight kiss!"

They are really lucky the bear was a vegetarian. It's strange that they turned green when he opened his mouth. Wonder what will happen if he had tried swallowing them.

He probably chocked or got food poison.

Who is kissing number six, that's what I want to know. I always want to know more after your stories. Is my answer in this one too?

No, sorry. You have to end the story yourself. My time was up but I can guarantee you it won't be me..😘💕

LOL I love the creativity! Imagine that kiss 🤮

I smelled it first 🤢💕

Oooh what a great opening line!!! I would suggest it for a we-write:
Seven ugly men lived in the dark woods far, far away.
Interesting that they are vegetarians, and so is the Talking Bear (love him!).
What a fun story!

It is not said they are vegetarians. Might be the eat the bugs, worms that come with the food they find.

You can start a we-write with that sentence and tag me 😁.
You have some men in mind?

Do I have some men in mind... sadly, no, but Seven Ugly Men who abandon society to go live far, far away in the woods, eating bugs, just riveted me. Tell me more!