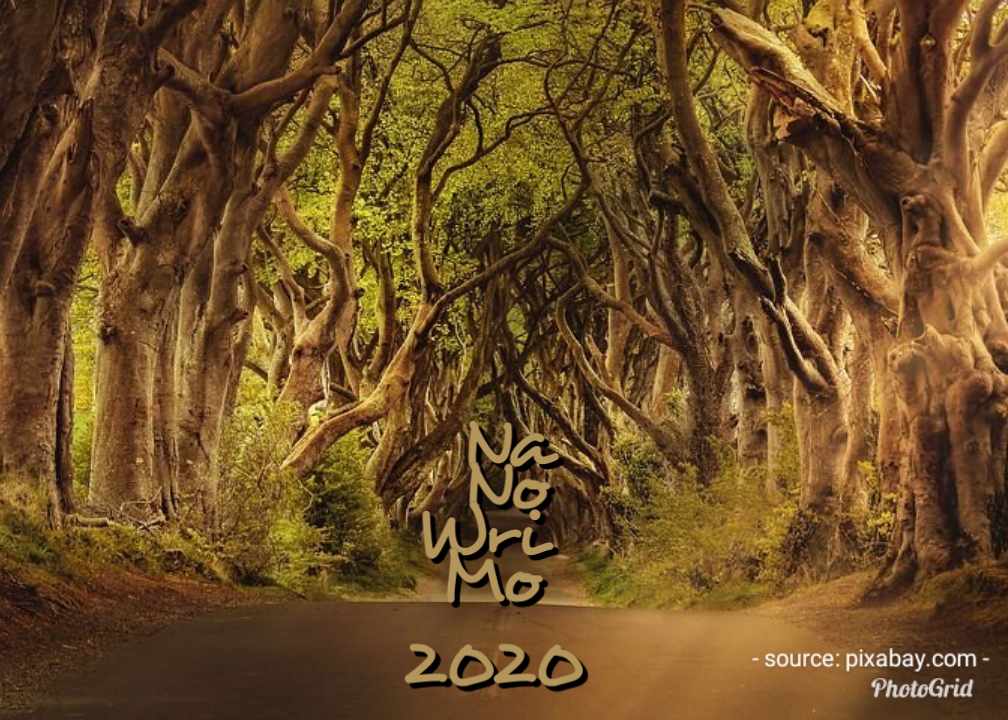 This place where I stay, the cave, is a good and safe spot to be. No one showed me the way. It's all mine. Most of the time darkness reigns but that's no issue. I learned to deal with it after 'the dark days'. I can see plus there is no anywhere to go. 'Being safe and staying safe is what counts.'
These words I remember very well. Someone told them to me long ago in another life. I forgot the name but can see the face and hear the words, these words. Strange how I can remember words. So many words said and told to me specifically. It was a long, long time ago, even in another life. From that moment on my goal was set. Staying safe is what I am good at from the moment I arrived in the world. No one knows I am here and they will never find me. You won't find what you aren't looking for.

My cave is a good, warm place. One I share with my blanket and a wall built out of boxes. All boxes have the same size and it must be a long time ago someone brought them here. I know because on my arrival they stood here already. I never felt the need to open or exam them. There's nothing I need and those boxes, if you ask me, they are left for a reason. At the moment they benefit me because they protect and warn me. One day they might help someone else.

My life started long ago. I should say my first life did. It all began in the dark. For a short time, I saw the light even thought people were happy to see me but it didn't last long. Out of experiences, I can tell you life doesn't take long, neither does happiness or health. I was small and she brought me into the world. A dark, dirty world. My world was a small room with a bed and bucket but we were not the only ones.

"Way too small, useless, you better get rid of it. The sooner the better," a harsh voice said.

"We can give it a chance," she begged but it wasn't something he fell for. She was ignored, like usual. A poor woman, being the slave of a spoiled, drunk, selfish man. It was hard to believe a fine woman gave birth to such a monster. He added nothing to the world, never did any good. His sick mind and dirty hands... It was worth deleting him out of all good mother Nature created as fast as possible but like we all know it rarely happens this way.

'Useless, a waste of energy' the cold voice called me and he threw me in a bucket and kicked it partly underneath what they called the cupboard bed. I tried to make a sound but if I managed at that time they must have overheard me. It became quiet around me as the weeping stopped and it was at that time I heard someone say: "Being safe and staying safe is what counts."
Was I safe, did I feel safe? At certain times I was. Someone, it was her, lifted me out of the bucket and held me close, fed me. After the bucket I hid in a cupboard -it was a closet underneath the bed- till I became old enough to be noticed. I was caught by the harsh voice who couldn't believe his eyes.

She didn't say a word and I didn't speak either. It was not because I intended to be rude or felt afraid but I came without words and it remained that way. I am not dumb, not 'a complete idiot' like he said. My brains work fast, my ears and nose are excellent. I just lack the words to speak and that is why I was sold -not long after he saw me- on the marketplace of the village between the cows, goats, chickens, rabbits, and one single horse.

It was crowded and a dirty, reeking area but no one seemed to care. They came for a reason, with one purpose. Making money or buying was their intention and some hoped for a bit of free food given by a generous heart. All those people together, their voices, the different ways they stunk, the scent of the village, altogether it was overwhelming. This was my first day out. Away from and out of my shelter, the hidden place underneath the bed. That small place where I was born was gone. It no longer existed for me. He threw me into the open air, dragged me by an arm outside, and brought me into this village. I walked the entire way, watched the grey clouds floating by, heard the birds while the yellow and red leaves -blown off the branches by the wind- flew through the air.

It was on a dark day my life changed. At least that was what the woman said to the man, the one who still tried to sell me, at the end of the day.

"These are dark days, take it, or leave it."

He wrinkled his nose, groaned like a wild boar but as she stepped forward, looked him straight into the eye for longer as he felt comfortable with, he nodded and pushed me forward.

"Take her before I change my mind," he growled.

I became used to his voice and noticed he sounded not as harsh as before more relieved. The woman threw some coins at him which he hastily grabbed off the ground.

"Like a dirty pig, he digs around in the dirt for a hand of copper coins. Look at him! Beware they might turn into buttons."

She laughed and still laughed long after he ran out of us. I watched him till I no longer saw the man I never really met or knew. The marketplace became quiet and no one seemed to care about the woman who just bought me or about me. The grey air became dark and for the first time, I felt drizzle on my face.

She knew I couldn't speak but my eyes told her I understood.

"I am glad I found you. Now follow me and make sure you finished your meal at the time we arrive home."

It was at a small cottage we stopped. I never saw anything like it. Not that I am an expert and saw many houses but this one was special. It was as if it was protected by nature itself. High trees and bushes surrounded it and I swear they moved away as we walked by. People called it a dark place but it didn't scare me. This 'dark place' was incredible. A good habitat to be, one I loved from the first moment I saw it, and most importantly it felt like home.

She had watched me from a distance and smiled.

"I will make your bed and give you something to wear for the night. Those lumps you are dressed with now... put them at the door. This is not the kind of outfit people like us wear."

After she made my bed, washed, and clothed me, we sat at the large table placed in a room she called the kitchen. We both drank the tea she made out of the herbs she grew herself.

"I show you the herbs garden after we slept. It's late we better get some rest first," she promised me.

The blanket she put on me on that very first night... I still have it. It's here with me in the shelter, the place where I hide today. It keeps me warm and kept my thoughts and dreams safe for many years. I know it is the same blanket because the little mark I made on it during those long dark days, days they even dared to call a community project, is still visible.

A part of the story is not published here.