Once upon - A life tale - Goodheart 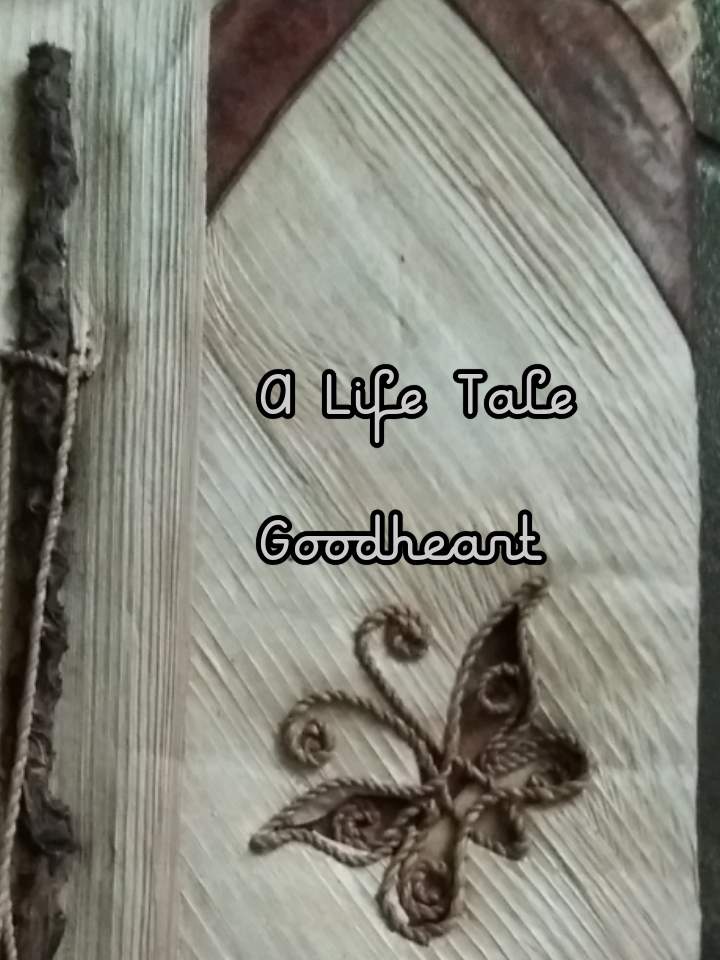 They all sat around the table.

The father, mother and their 14 kids, 6 twins there were. A big family and a smart one as well. The kids were eager to learn and those who were old enough worked hard to build a life of their own.
The two brothers Storm and Goodheart were sitting next to each other. They were close, actually closer as to their twin brothers.

"We decided to leave to the South", Storm said. "It is time we start our own business. I heard there is plenty of work there. I am 20, Goodheart is 17. We will be architects."

The father nodded. He was a carpenter and taught his sons all he knew.

"What about May first?", mother asked.
She looked from one to another.

"At this moment I have nothing to offer", Goodheart said, "once I have saved enough and am famous..."

"At that time you will be too old", one of his sisters said.

"We'll see about that and if so, you are still available."

They all laughed, had there the last dinner together and went to bed. Next morning the brothers left the early. It was fine for them to walk, strong and healthy as they were.

It took them over a month to arrive and you can imagine how happy they were to see all stories they heard were true.
For two years the brothers stayed in the South. They mainly worked, slept and saved.

"Let's go back home", Storm said on a day in September. "We saved enough and can start our own business back home, we are a great team."

And so they did. Another two years passed by as Goodheart met the girl of his dreams as both brothers build a house for her father.

"You better forget her", Storm said. " You know who her father is, what he is capable of."

Goodheart shrugged and ignored his brother's advice. The only one he could think about was the girl of his dreams. He was sure she was the one who would make him happy.
He didn't care she was different, he only saw her beauty. The beauty of a rose, a rose without thorns.

Another year passed by and so did another May 1st. Storm introduced Goodheart to other girls, girls of his own kind and so did his parents, but the only one he kept dreaming of was Merry.
Finally, his brother gave up and left with his wife to start a new life elsewhere.
Goodheart kept working hard and stuck to his wish. He would ask the father for permission to marry his daughter.
There was nothing the parents could do about it. It was his life, perhaps it was God's wish?

On the next May 1st Goodheart knocked on the Giant's door and asked to have a word with him.
He took all his savings and handed them over to the giant in front of him.

"This is all I saved in the past years. As you know I am a hard worker. I ask you for your daughter's hand, my lord. I will give her a good life. She will never be in need of anything."

The huge man looked at his treasures.

"How do you know you can trust me? I can take everything and make you disappear for once and for all within 15 seconds", the giant said.

"I trust you just like you trusted me as you allowed me to build your house", Goodheart said.

The giant had a closer look at the gifts and filled his pockets with it.

" Now, what are you waiting for", he shouted.

Goodheart looked him straight into his eyes as he said: "you accepted my gift, my lord, so give me your daughter."

A sound like thunder filled the air. Goodheart had no idea if the giant was laughing or screaming. Any man would be scared, but he stood there and waited. He felt no fear. As the giant noticed he could not scare him away he went silent.

"You are a brave, little man. I will grant your wish."

He sent the maid for a bucket of water and asked her to find his daughter. He handed the bucket over to the young man and wished him luck.
Goodheart's heart sang for joy and happiness. After all these years his dream came true and as she finally entered the room he threw the bucket full of water over her. Now she was finally his.

It was a long way walking back home and while Goodheart's heart sang, hers felt like a dead bird.
While his dream came true, hers were over long before they were started.
She looked at the person walking next to her, the one that was so what she not wanted, in her fist she held the only thing she took from home. It was the gift the farmer's wife gave her. She had not had a chance to open it. She prayed it would help her.

Goodheart has thought about everything. He had built a nice house and a shop. Bought her the finest clothes and the furniture he knew she liked. He had observed her for years. He knew she didn't feel as happy as he was but one day she would. He was sure about that. Once their children were born everything would be different.
No matter what happened he kept smiling, his heart kept singing and he worked harder as before to give his Merry the life she deserved. The life of a queen, a queen expecting his firstborn. As little Queenie was born Merry was not the caring person he hoped she would be.

Everything changed as the Fight started. They felt safe in their home and the shop turned out to be a great help.
Goodheart saved many and his wife finally could nurse the strangers. She smiled and looked happier as she had ever been.

✔@cindyhartz mentioned how writing your own fairy tale can be therapeutic. She writes "Cindy's Grim tale".
If you do not need therapy you can still turn your family history into a tale.
No tale is completely made up, in every fairy tale is a part of someone's life told.

I decided to join her.

I love tales and I am a fairy tale writer. I write Once upon... a Life Tale.

Tale 1: Once upon... a Life Tale - Merry
https://steem-bounty.com/services/forever/@wakeupkitty/friday-emoji-ccc-202-contest-once-upon-a-life-tale-merry-3uubpoci

Awesome job! The story is indeed transformative and helpful if a reader can recognize a tiny part of their own soul in your story, and for a part of the story I thought you were telling about me! For a little while, I was Merry and Merry was me! Wonderful!

Thank you so much for reading and commenting it.

I did not intend to wait so long for a follow up of "Merry". Actually I wrote this for the biggest part after I posted the first tale but did not came to finish it.
I hope to write another one tomorrow. Now I need to sleep first and during my sleep I will think out the characters.

I am happy to write again.
💕

💗 Rest well and I will look forward to seeing more! 😘

It does seem quite therapeutic to get your thoughts and ideas out in a semi fictional form, great way to express and not keep thoughts bottled in!

I have featured you and this post for a curation contest here :

You can join the fun here

Ugh :( I had read this late week and loved it @wakeupkitty. It's still great just sucks my upvote and comment didn't go.

My chrome kept crashing anytime I would open, comment, or even open a post. Looks like I have gotten it. I'll upvote one of your others ... I thought I had you on my autovote list. hmmm...

You featured in Week 73 of @pifc's Pay It Forward Curation Contest by @bengy.
@pifc is a Pay It Forward Community which believes in by helping others grow we build a stronger community. We run this contest each week, it is open to everyone. It's a great way to some curation done, celebrate someone you find that might need some more exposure, meet new people, and possibly win some SBI for you and your featured Steemians.

No need to worry about it. I am already happy with your comment and you liked it. I hope to finish part 3 todsy. Lot comes in between and we all have to catch up. To be honest I lost the spirit as Steemit was out of the air.

I wish you a great day with 💕