NaNoWriMo 7 - Sons of the father 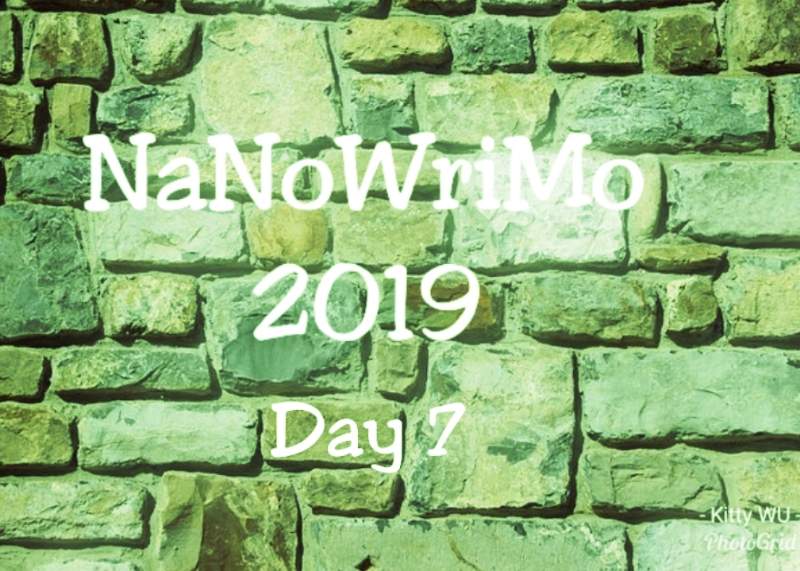 Join #NaNoWriMo. Write 50,000 words in November. If I can do it on my mobile phone you can do it too. Leave your link at @freewritehouse's post! Happy writing.

A good rest makes a world of difference and that was what he had had.

Full of energy he woke up next to his favorite stone. Not in the mood yet to stand up he studied it closer. The glittering parts shone upon him.

"It is silver a precious metal. It heals."

"Heals? Is there anything to heal? I mean are you healing me?"

He didn't know what to think about it, never heard anyone spoke about precious metal. It looked nice and shiny and the stone was precious to him. He searched his memory. Did anything ever happen to him that needed a healing?

"You are fine. It works for those who need it, belief in its precious power. It is a part of Mother Nature, we all are. We are a part of her."

"Does it benefits you?"

"I am what I am. I contain the world's wisdom next to earth. I am, we all are spirits and will be until eternity."

"What happens if you are gone, I mean if you are cut in pieces. Isn't that what happened to many of you. How can you survive?"

Suddenly there was a lot he liked to know about his buddies and this pal in particular. What if it split or worse been crushed? He knew he was the only one, the last survivor but the thought of a crushed spirit made him sick.

"I cannot explain how it works. We are and we'll always be. We never disappear, it is not meant to be. Our spirit is what we are. We feel and move out in time. Think of it as moving."

He thought about it but it is hard to understand how it works if you are different or it does not happen to you. In his imagination, he tried to think of his friend as a spirit only. He had no idea how a spirit looked like but it was good to know it would always be there.

"I am too," he thought.
How come he didn't disappear, survived the Fight, the Big Bang?

"Is it just stone you can move in?"

The stone did not answer his question. For a while, he observed, waited but it kept quiet.

"You understand what they say if the message is meant for you," a soft voice said. He looked around. Who spoke to him?

In the huge cave, the one he called his lab, he slowly passed by his creations. It would take a bit more time before the first was ready. Was there something he forgot or could add to it? Most of the time he spent here, talking to them. It was what his life looked like, a task given to him by the first living a long time ago. He agreed to help them and felt proud he was involved, the creator of a new life.

"They still talk about Mother Earth, who is she?"

He studied one of them.

His whole life he heard each living being phrasing her, thanking her. All believed in her but he never met her. Where did this mother hide? If she was so powerful as all said, existed, she should have shown herself. If the stones are born out of her they are her or what is left from her? His friend did not answer either did she. Did the death take her?

"Never forget to say thanks at the end of the day."

Again that voice, a voice out of nowhere.

For a long time, he watched his creations. Did any of them talk to him? They were identical, had a smile on their face.

"A bit of color will do you good," he murmured, "You look so grey."

This story/text contains 2590 words. I will not share all of them with you.

NaNoWriMo starts
AND
the latest update <<< please click to read.

Hi! You have received a vote at 14.96% from @tlnt account for use the #talentclub tag.

Talented authors receive extra rewards with the TLNT token, check yours in:

Thank you very much. Happy day/week ahead. 💕