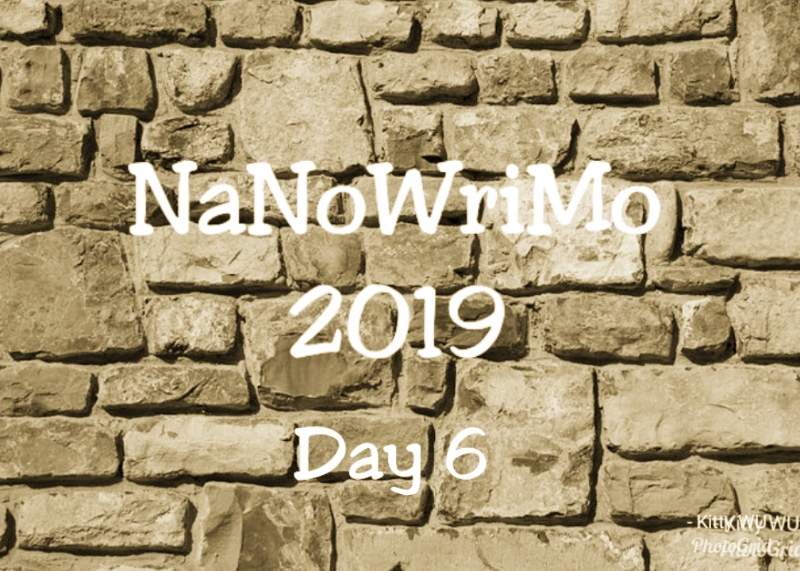 Have you ever heard about the tyrant John? The guy who calls himself King? I wonder why he says such a thing. There is really nothing special about him. A chubby man with a big mouth who's only skill is shouting out loud and trying to rule the world he lives in. You got a picture of what he looks like? Add to it a triple bottom chin.

It was a long time ago, indeed once upon a time,
the earth recovered and the world was just started doing fine.
The people worked hard to fill up and rebuild
the holes the war left them with.
The time seemed right for new life and a kid
was born out of aliens who once settled down oversea.
In the kingdom of The Not Loved Ones, it happened to be.
It was a kingdom without a king,
since for ages, a queen did reign.

This child was named John and Nicholas too.
His mother who
hoped he would turn out fine,
worried a lot about his laziness and attitude.
And his lack of food control
was what worried her most of all.
No matter how hard she tried
he kept growing and always lied
about the amount of food
he consumed which did his body no good.

Welcome to the world of heavy king John.
The second generation of aliens from
a country that lost a big fight
but John will get his right.
"Who is the king?" is his phrase and he wants you to reply if he asks
"John is!" and you better answer him fast.

This perfect loser does not sit on a throne, does not own a scepter, crown or ring,
to prove to the outside world, he is royal, the rightful king.
He has no license or deserved to rule over each of you, everyone.
Since those living in the country do not stop him he can.
O, how he loves to command and pretends
but believe me, I know him it is all bluff.
A sane person never believes all the stuff
this man loves to vomit out.
Still, he knows how to impress the sheep in the cattle, his only crowd.

He controls his mother and wife, his friend and even his chief,
tries to do it to the neighbors who have a very hard time to believe
John is right and he is an honorable man.
All they say if you ask them for the "whys"
is, "He lies!

It is true, the elderly couple next door do their best
to avoid John day after day and also the rest
of his disciples who give him a hand out of fun or who knows fear.
And as soon as John shows up and can hear
them talk, they keep silent and go out for a very long walk.

Already the face of the self-made king makes them feeling sick.
They rather kiss a wild boar
with its ten pig and even twenty more
as admitting he is the true king.
They simply refuse to agree with his lie
that robbery is the reason why
he cannot show a scepter, crown or royal ring.
They are the only ones except me, who know big John is only bluffing.
Are they, or we, a serious threat and scare the hell out of this guy,
and is that the actual motive why
he moved to another part of the land
and killed the father, mother, and brother in the end?

How come these people know John so well?
Like I said they lived next door
and it was understandable therefore
to hear each word he spat out
since this tyrant shouted loud
plus their daughter became his wife
in the hope to improve her own miserable life.

John is not the only tyrant around
the nation suffered from dictators who are in love with themselves and the sound
of their own voice.
No matter who you will ask they say the same "With a tyrant around you have hardly any choice,
to make something out of your life.
The only person around who did so is the tyrant his legal wife."

Clear is John didn't really care
and the nation didn't dare
to protest against his aggression, his sick will.
They despise him but obey, get punished but still
give the dictator what he requests and
fulfill
each of his wishes as soon as he demands.

Is it a smart thing to do, to help a bully who
abuses each person around including you?
Who can you blame if you give him a hand?
If life in fear is chosen far above
being your own master and living in a free land?
When females start to fight
for their lives and the same right
and no one comes to their aid,
there is something seriously wrong
and for mankind, humanity, it is too late.
Who loves to fight and chooses to belong
to the army of this tyrant, the fat master king John?

I wish it is just one but there are at least three.
A dictator, a tyrant he is our John will his dictatorship soon come to an end?
He fights as hard as he can
against children each woman, and man.
Not with his hands or body, he is way too fat
to ride a horse but that
does not stop him to let
the world kisses his big arse and sweaty feet.

Next to the amount of the food he eats,
it is wealth and young women what he needs
to satisfy him. He doesn't care about the one at his side, the queen.
She was just a trophy to annoy the neighbors next door,
a way to prove he gets what he wants nothing more.

It was a brute force that suddenly changed the world
and finally, put John and all dictators a hold.
It stopped the endless battles that made Mother Earth mourned again.
No one knows yet if life will come back again
and if so to whom it will be given and when.

You just read the story of John.
He is as real as any other dictator and lazy king, queen or president. Those who only care about themselves and their own residents.

Name me one who is not, who really cares about the people who suffer from the terror. Name me one who does not fill his pockets over the back of others.
The world ended and it was not the first time in history.
Mother Nature just had it and who can blame her for that?
If it comes to blame who is right, who is wrong, is it you or me?
Why do you accept what happens to you, allow a bully to do what he does, you could poison or shoot him too.
We didn't do this to John, although he was far from a Saint and full of envy and hate. A nasty, fat guy who abused so many and loved to dictate.
We let him and prefer to stay blind for the truth, we ignored it because it is a saver and we think it is the best thing to do.
John was an alien not one of us and would never understand why his tyranny came to an end.
The world needed a break to recover there was nothing left as the suffering of the many in high need who were tramped by his big feet.

Broken hearts and souls and bones were all there was left. A big bang made an end to the terror and fight. It was a huge delight to the eldest.
The eldest gathers the wisdom since ages ago, they are the first but only a few do know why they are there and survived through the years and how come not only the mother takes care of them.

There is a boy who grew up into a man.
His name is a secret but he will be the father of all of them. How come he made it? Withstood the big bang? How does he stay alive in the abandoned part of the world where spirits live and not a single heart beats except his is heard?
So many questions...
Perhaps he's willing to answer them one by one. On a good day at the end of all misery.

Everything is possible since this "Once upon a time" did not stop with this guy John. I tell you why, although bastards last extremely long it is eternity that will punish them for the one they once chose to be.

And while John is hiding and chokes, telling his last anecdotes about his greatness and how he became rich. There are no supporters left who will listen to the stories of his great life. He hides. It is dark in his cave and it will be his grave.
Goodbye John, well done!

Is the grown-up boy the only one who survived and able to create new life?
Is this Mother Natures wish or is there more in store?
You might find it out if you read what I write about in the next weeks or a few days.

Day one of NaNoWriMo mentioned how writing your own fairy tale can be therapeutic. She writes "Cindy's Grim tale". If you do not need therapy you can still turn your family history into a tale. No tale is completely made up, in every fairy tale is a part of someone's life told._

I love tales and I am a fairy tale writer.

Tales were written so far:
Tale 1: Once upon... a Life Tale - Merry

@bdvoter.cur thanks you team for letting me know. Happy Monday. ❤️Posted with

Thank you wakeupkitty! You've just received an upvote of 47% by artturtle!

This one is worse, believe me. ☹