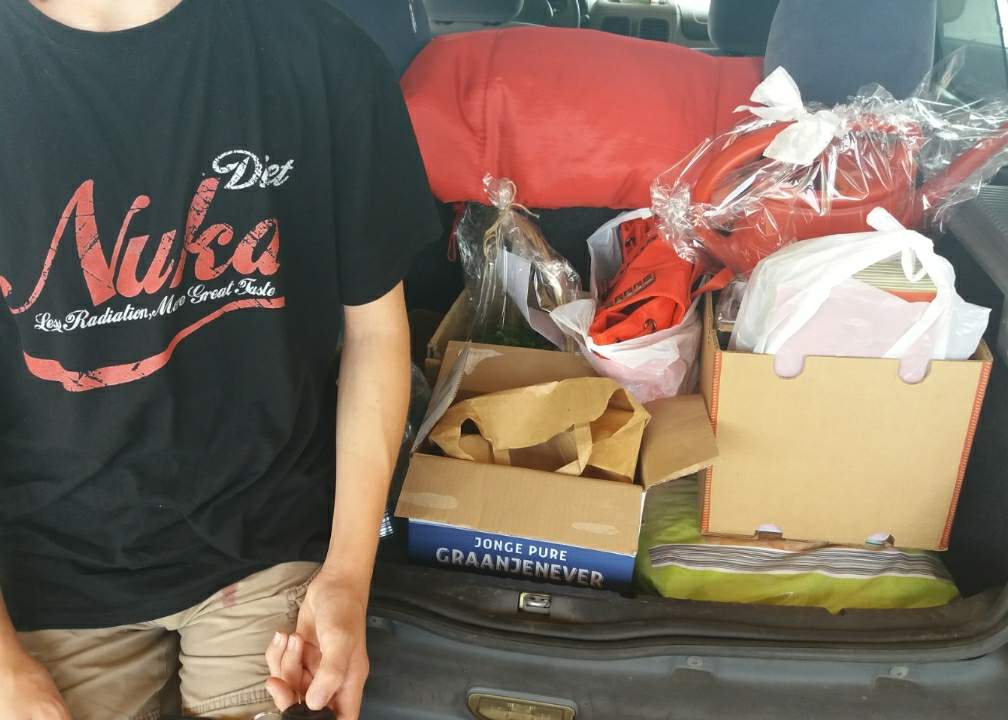 We decided to leave early.

The hotel owners were clearly overworked, stressed. She felt sick because of shingles and her husband was losing weight very fast while she was gaining weight fast.
Too much bad luck. Rooms ruined by customers, insurance didn't pay, time to quit.

He told me too much bad luck, no holiday, unexpected costs, power down for a day and the guest complained because there was no French fried but bread instead, perhaps they would close the restaurant. His wife had so many diseases he had to do everything alone (he is a chef, master cook).

We went to the bakery first.
I think they felt relieved we did not want breakfast. I felt sick like vomitting as I woke up at 4 but we still needed to drive 5 hours most of it endless road works in Germany.

"I feel sick and I have a headache" my son said and he sat for a while with his head on a table. He had had less sleep.

"Is it okay I sleep a bit" he asked as we went back into the car.
So he did after he took some paracetamol and pushed the back of the seat backwards.

It did not look as if the other two kids were happy to see us. Internet is more interesting as seeing your mom back after she has been in hospital.
And how come they are so fat!

"You are fat!" I said to the youngest. What happened to my slim daughter? Where is her chin?
A fat dog happily circles around my legs.

"You are fat too!"
"Yep, everybody is fat", the eldest of the 3 says happily. I don't know why the dog is she really doesn't eat that much and shits a lot.

What did she feed them?
Time for a diet as soon as possible. Scales first and counting steps.

This is an Invitation to join #ccc for [Guaranteed 👍 Daily Income 💵 and Payout 💸 for Newbies (2.0) 🐟 🐜 🐛 in #ccc 👣 and Follow 👣 the Honor Code 🏅 - the Creed (Conditions and Limits Inside)](https://goldvoice.club/steem/@freedomshift/guaranteed-daily-income-and-payout-for-newbies-2-0-in-ccc-and-follow-the-honor-code-the-creed-conditions-and-limits-inside) <br>AND <br>the latest update <<< _please click to read._

The original @beerlover where you just send him some STEEM to get for each 0.15 STEEM one BEER token.

Exchange some Steem for some BEER and support the new development of the next steps of the BEER token.