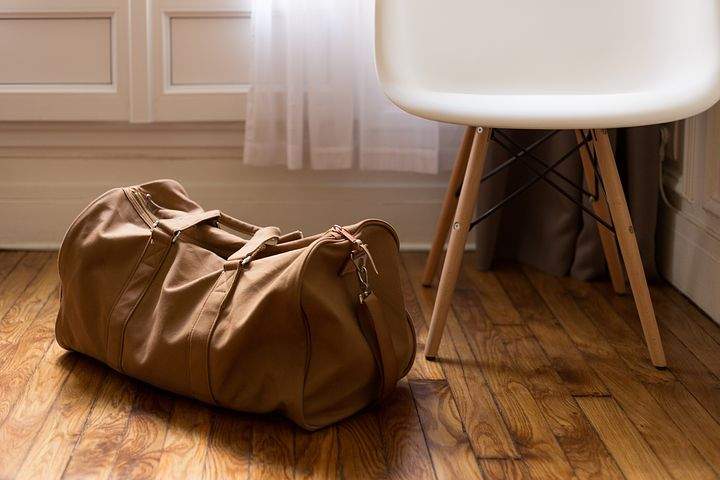 As Danny parallel-parked in front of the bar,

he knew who he wanted to live for.
The only one who ever said 'hi' to him and wanted to be touched by him.

He sighed. How could he have been so stupid to trust his former roommate?
All left to him was his car, a lemon of a car, but at least it was his and there was plenty of room for both of them.

With a grin on his face, he stands in front of the door and started whistling their song.
For a moment he thought she wasn't there, did not wait for him. As he turned around she ran towards him and jumped into his arms.

"I am so glad you waited for me", he said, "let's go before the car starts complaining."

"Mama, what are you doing!"

"What are you doing? Damn you!", she shouted as she grabbed her bag and ran out on the street.
No way she would ever go back home. It was clear her mother did not care and completely lost her mind.

"Well done dad", she mumbled, "You had the guts to leave and left me with your misery."

With a sleeve of her coat, she wiped the tears off her face. In a flash, she noticed them next to the rustiest car she ever saw. The guy looked extremely happy.

"That car looks like shit but he is happy, why can't she?"

She had everything and the only thing she did was complaining, manipulating and making other people's life miserable. She felt too good to see a shrink but if someone needed one it was her.
Her friend was right. She should have left years earlier. It was time for her mother to take care of herself and for her to start her life.
She smiled as she walked out of the street and disappeared around the corner.

She sat on the sofa and stared at the forgotten clothes.

The small bottle was still in her hand.
For a moment she felt she had lost, lost again. He had left her right after he finished his study and had found a good job abroad. He had laughed at her in her face, called her a stupid cow, said it all had been her own free choice. She could have said no.

Now they were all gone.
No need to feel guilty about not taking care of them.
She had seen the dog leave the house and once followed it. A guy had talked to her in a soft voice as he stroked her. He looked nice.
Her daughter was old enough to take care of herself, better as she ever had taken care of her.
She felt empty and... relieved.
There was nothing left that reminded her of him.

"Free at last", she whispered and smiled.

The picture is a pixabay.com pic

This is my entry for the weekendfreewrite.
If you like to join see @mariannewest
AND
the latest update <<< please click to read.`

First I give the amount that is allowed (Appics 4, Steemit 5) next I edit with partiko app and add more tags.
If you post via planet I believe you can use more tags too.

I was wondering the same of the tags :D

This turned out to be a sad story
I kinda know someone like that
Who took care of the guy, who stopped her from progress, no need for phd he told her, she paid for his .... and one day he was leaving her for another woman.... and even introduced that woman to his favourite daughter in the hopes of a happy family after.....
Sad.....

Here's the next prompt
And do swing by the

There are many of these cases, more as we are aware of.
In this case the woman was my mother. She worked for years so my father could make his dream come true. He became a doctor, wasted her money (she was a rich, spoiled girl), at 5 pm they put us kids in bed because he needed to study and she worked (midwife 24/24).

She was crazy but after he left it became 10 times worse. He left with the words "take good care of your mother".
He left asap he was finished, new life, new women/wifes, cheated on them too.

So sorry for the mess your Dad created!!

The one I know is my aunty
Hers left her for a woman 10 years older and even had the nerve to introduce his youngest daughter, his favourite to her... probably in the hopes of starting an instant family
That's how the cat got out of the bag.... the girl was so guilt ridden she had to tell her mother.... poor child
My aunty almost lost it... as in mentally.... her sisters especially my Mum had to pep talk her until she was ready to let go
Recently, now that they are older, he wants to get back...
His sister asked too and my aunty said No Thank You.
She's much happier now, travels when she wants to, visits her daughters who are abroad as and when, she's got her time and peace of mind.

Thank you for sharing your story @wakeupkitty <33

I can imagine she is happier now. I hear many elderly women say so and I can only agree with them.

I hope your aunt has a great life!
💕