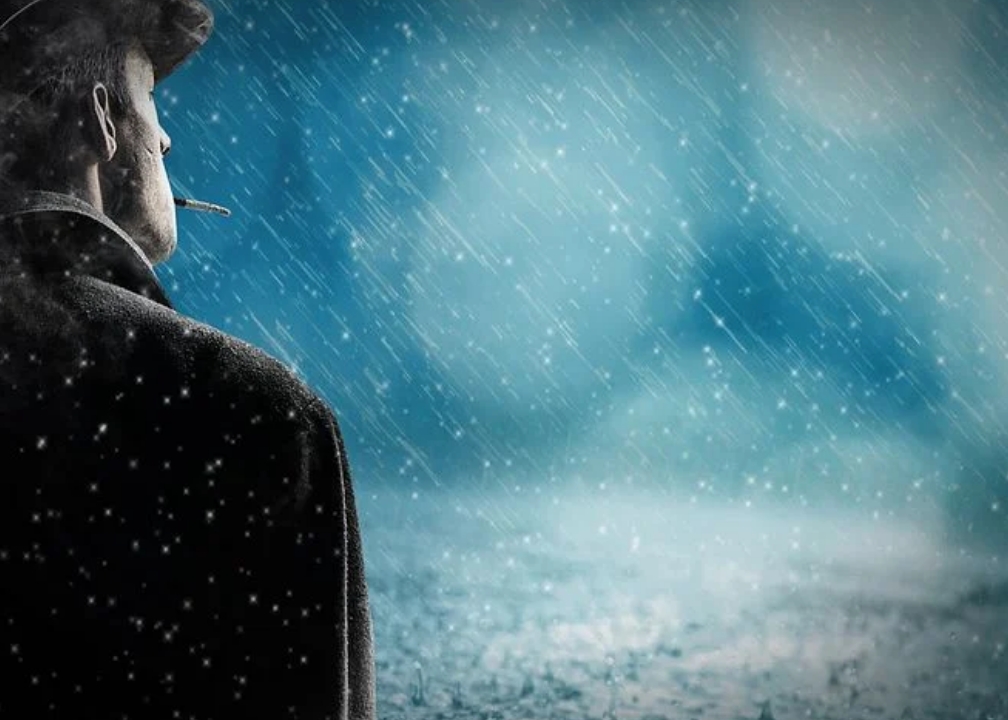 "It's the first time in my life I see a fungus like this."
Ben had a closer look at a part of the wall in front of him. "If you ask me it glows in the dark."
"Better not touch it then."
It wasn't the spec is of fungus that kept Fidelo's mind busy but the thought what might be behind that wall.
"We let those men do their job and we do ours. I go to the office and you keep an eye on Jim. If we may believe the doctor he can wake up any minute."
"Should I call you?"
"No need to I'll be back as soon as I questioned that woman. There's enough to give her more than just a bad time. Don't let anyone near Jim, question him. Give him some time."

"There's a woman waiting for you", the officer at the front desk said as Fidelo came in.
"Let her wait."
"How long?"
"As long as it takes."
Fidelo didn't feel at his best after his night out and the only way he could survive the day was by taking step by step. Back in his office he sat down for a while and thought. Since Jim's sister showed up the case was opened and it didn't seem to come to an end. He couldn't help thinking the street Jim lived in was the end of the road, a deadly road. A missing girl and a sister who suddenly shows up and turns out to be the mother. Jim disappears and is found in a basement where at least one person had stayed before him. He wrote his thoughts down in his notebook. Who stayed in the basement, who was Mrs. Gordon involved with and who called the police?

(Time's up I added some extra to the part with the promo: fungus.)

He picked up the phone and ordered lunch from the bistro across the street. Ten minutes later he ate in peace while listening to the latest news. The fire was mentioned, fireworks and Mrs. Gossip were shown but not a word about Jim. Neither his disappearance or the fact he was found. It felt as if he didn't count, not existed. How come the press hadn't found out yet? Where was Hella?

Mrs. Gordon was even nastier as he thought. She refused to say a word although she hadn't seen a doctor yet.

"Jim is fine which means you will not be charged for murder in the first degree but it isn't said you are free of any charge.
You have to stay with us for a bit longer. Your house is locked so no need to worry. Is there anyone you like to call?"
He placed a cellphone in front of her.
"I guess not? Well, if there's anything you like to tell me you can do it now."
He waited although he knew it was talking to a deaf man's ears.
"They will be here within half an hour to have a look at that leg of yours", he paused, "I bet someone teached you a lesson."
He grinned and walked towards the door he had more things to handle before the day is over. The phone was left on the table. She might be a monster but she had the right to make a call. She wouldn't leave. Not with that leg of hers and chained to the table. He opened the door and turned around "before I forget we called your husband". For a second he saw fear in her eyes before he closed the door behind him. There was a woman waiting for him and if she wasn't the one he expected he had to make some phone calls and search for her before the next missing person ended dead in a basement.

He couldn't help gazing at her.
"Do you like my hat?" she asked.
"Your hat?"
Her smile was identical to the one of the woman he had expected waiting for him. This one was younger but she could be her, he could swear it was her if she wouldn't have sat in front of him. A boy sat next to her an old dog was at his side. It was a strange trio but in some way, they seem to belong to each other.
"We need your help, I need your help."
She looked at the boy who nodded and hold her hand.
"We think... I believe someone tries to kill me."
"Kill you?"
"It's the dead emu,the paper at the door and Bear. All the proof you need", the boy added to it. "My father is the chief you better have a look at it."
"I hope you understand I can not just walk out of here to have a look at an emu and a piece of paper."
"You can write it down, we wait."
"You wait?" he stuttered.
"Of course, we can't go back without you. We wait till you are ready to see the emu."
The boy crossed his arms in front of his chest and waited. Not for a response but the moment the man at the other side of the table was ready to follow them and meet his father.

Fidelo left the room. There were some urgent phone calls he needed to make.
He tried the number of Jim's sister but she didn't answer the phone. Next, he called Ben to inform him about Mrs. Gordon and Jim's sister.
"I'll send some cops over to check the house and we better find her as soon as possible before someone else does."
"It can't be Mrs. Gordon," Ben said, "better not think the worst of it she might have found some trace and didn't feel the need to tell us."
"It's possible, everything is possible but I do not feel comfortable with it. Too much happened in not even 24 hours time. If you ask me someone left the gate to Hell open. Figure out who Mrs. Gordon's husband is. It's someone she fears, I can guarantee you he knows more."

Prompts used: for the fungus and do you like my hat.