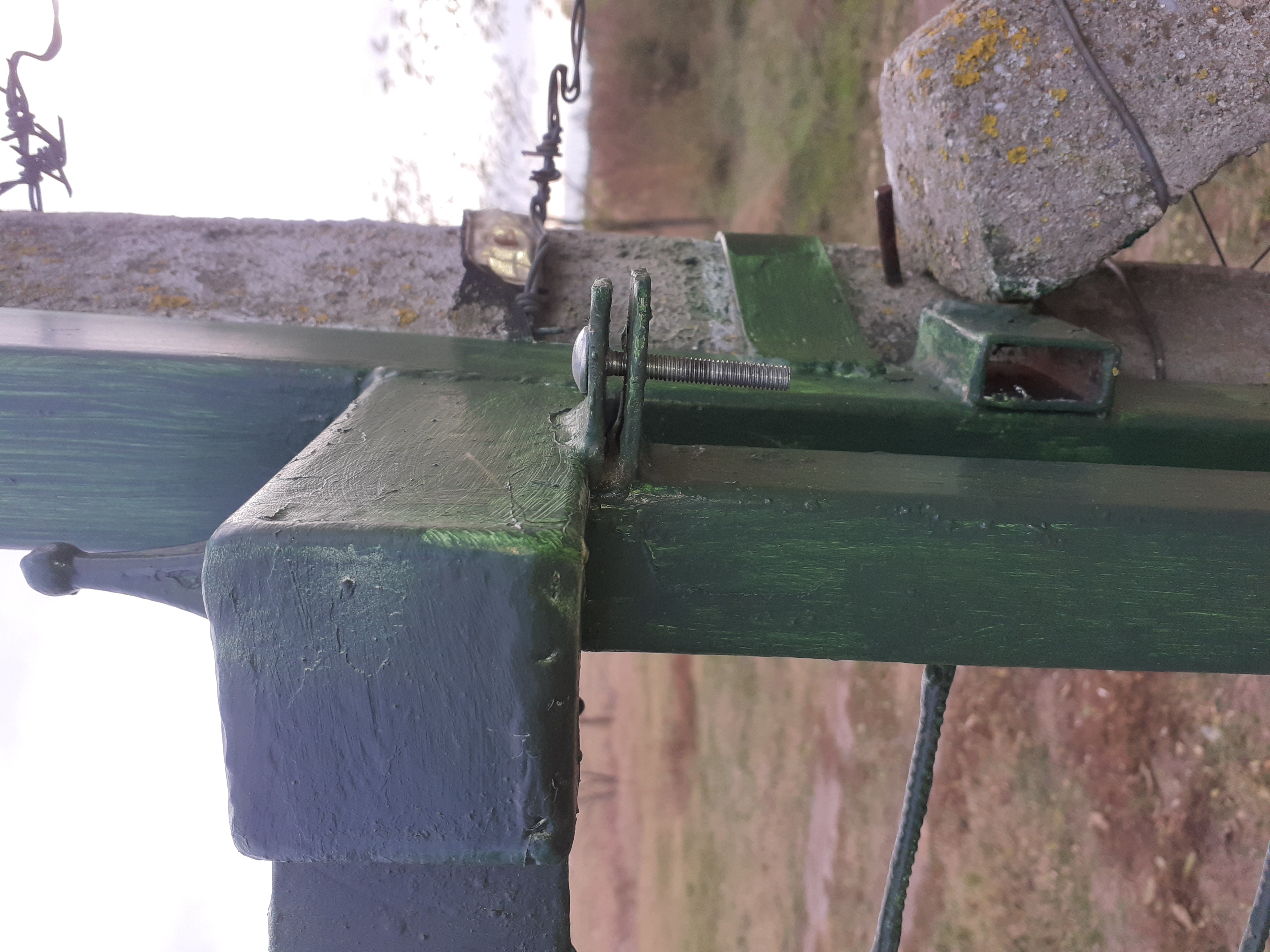 At times each one of us has one: a bad day.

Today, October 22, 2021 is such a day to me.
I dreamed I came outside taking trash to the car. It was parked at the parking lot behind my house. There were two luxury cars parked filled with people. Some people between these cars talking... Next, I noticed my car was gone. Both cars were stolen.

As I drove backwards I hit the gate. My gate. The gate is fine but not the small cabinet that hides the tool on how to open it. I am not the first one who hit it. A former friend dit. He drove the entire gate out plus broke that cabinet. Since that moment it's not electric any longer. My only problem was how to close it since I had to drive to town (garbage) and the car was already outside.
Well, I managed and once back I studied and kind of repaired it with tape and bricks. For the time being, it will work but it's better to remove that cabinet.

Once back home the cats wrecked down the place. It smelled like poop so I decided to drink something first before cleaning up (the nasty thing about vision is you see dirt).
After cleaning the hallway I did the dishes and decided to make a new hammock out of an old towel. The dirty one I threw outside. One day I wash it but today is not the day. I better stay home since this is not my lucky day (so I won't bake a cake since you never know if the oven sets itself on fire. I have already been there and it's not a great experience I can tell you that (plus the firefighters will not come over here).

The past nights it did freeze but at day time the sun did shine. Not every day (yesterday was extremely windy) but today is the day.

I can tell you next to the many wasps I still catch in bottles and jars with my mulberry marmalade there's a plague of stink bugs, ladybugs and every other bug you can think of. They are hard to kill and I can tell you it's no fun. The entire walls of the house are covered. I haven't seen a single one this spring or summer. They didn't protect my crops, bushes, fruit. If you ask me they agreed to pop up after each other instead of fighting each other and keeping some balance.

Some facts: ladybugs are not special. They are ordinary bugs and can be mean and bite! So now you know why they stand for love.
It isn't true either the more dots the older they are. I tried to take photos of them and there are fat ones who do without and tiny ones have many. This plague started today so do not believe everything they say!
Another fact: a bug is a bug and they die inside of my hallway as soon as they sit in front of the window. They can keep the dead wasps' company.

Only spots at the sides.

They are not all so red either. This one looks sick. Covid?

There they go. They don't like me to take photos of them. By the way, while I was taking shoots I stood in a cloud of bugs. I assume spiders do not eat them since they crawled around one and it didn't set a foot (the spider I mean).

Here's the dead one. My camera refused to focus on it. It was kicking his paws. Trying to turn around or in pain? Life is short especially for a bug born in the wrong season.

It's not the end of the day yet but I will stay inside and try not to move. I already lost half of my toenail so I better drink tea, watch some films and wait till it's bedtime. Tomorrow is another day.

This is my entry to the CCC contest What does TODAY Mean to YOU? 4.19 hosted by @freedomshift

This is an Invitation to join #ccc for Guaranteed 👍 Daily Income 💵 and Payout 💸 for Newbies (2.0) 🐟 🐜 🐛 in #ccc 👣 and Follow 👣 the Honor Code 🏅 - the Creed (Conditions and Limits Inside) AND the latest update <<< please click to read.

That was a nightmare to dream of having your car stolen. I love ladybugs can you send some hehehe I know they wouldn't make it there alive. But I love their bright colors and I don't mind them biting some leaves on my plants. I can share them with them but not with others.
My entry goes out today. I was waiting for Friday because the topic is about planting.