This college student is paying his tuition by creating Roblox games 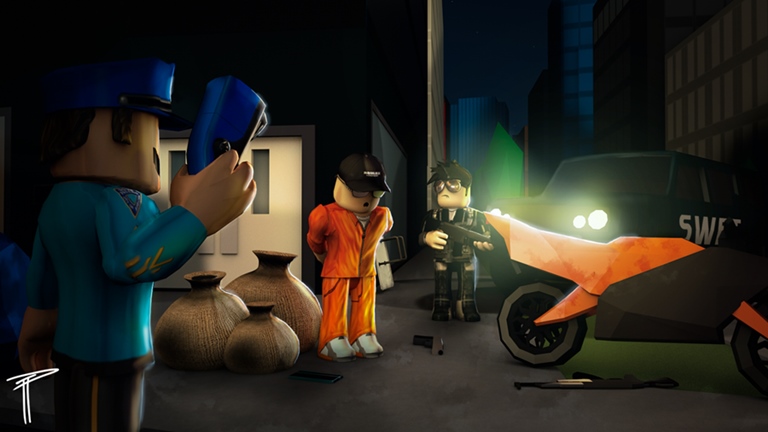 Roblox has been a very popular game since 2017. A 19 Year old Developer, Alex "Badcc" Balfanz used his love of programming games on Roblox to create and get the roblox game 'Jailbreak' a Successful game.

He Released the game on Saturday and there was Nearly 60,000 Players Playing that game. How surprisingly he just made the game and lots of players on Roblox just jumped into his game to check it out and Play. When Alex saw those players playing the game, It blew his mind. He was like 'Wait What?! Is that my game in the top page?' He became so happy seeing so many players in his game. He had never been so happy in his life in Roblox.

It took him and his business Partner 'asimo3089'. So basically asimo does the modeling in the game. Example if you see a car in that game, asimo designed it and Alex 'badcc' makes it come to life. All things badcc does the work for programming in the game Jailbreak. He released the game in 2017 About 3 Years ago, He worked on that game Everyday for 5 months release of April 2017. He started playing roblox since he was 9 Years old and he started learning to make games on Roblox. When he was a school student he used to play, Cops and Criminals. And then he decided to make a similar game like that. He wanted to make a game that it would have no tutorial, He wanted to make it so easy that nobody would need tutorial for that game at all, Playing Cops and criminal is very easy game, just as it his roblox game was easy playing too. Alex "badcc" Never met asimo3089 in real life, Just in game, They never met in real life at all, not at all. Only place they met is in social medias, and in roblox. Never in real life, asimo does the modeling and designing for Jailbreak, It is now the most 2nd Popular game on roblox, it was the 1st Popular game now in 2019 it's the 2nd Popular game on Roblox. Badcc always loved programming, he started learning RLua (Programming Language Of Roblox) When he was just 13, Also learnt others such as Python, C++ & More. Team name of Badcc and Asimo is Badimo, They're team is really small, Just Badcc & Asimo, They 2 People updates jailbreak, and made the game Jailbreak. If you don't know what ROBLOX is, Here find out what that gaming community is:

Roblox is a global platform where millions of people gather together every day to imagine, create, and share experiences with each other.

All the online games you see on the platform have been built by members of the Roblox community for members of the Roblox community. The types of gameplay on Roblox are just as limitless as the imagination of the creators themselves. Players can build the ultimate theme park, compete as a professional race car driver, star in a fashion show, become a superhero, or simply design a dream home and hang out with friends. Roblox is free to download and free to play on all modern smartphones, tablets, computers, Xbox One, Oculus Rift, and HTC Vive. People can create they're own games on roblox, and play with other friends and earn money by developing and creating games and cashing out with DevExchange on Roblox. It's is a fun and friendly place where you can find millions of games, all for free.