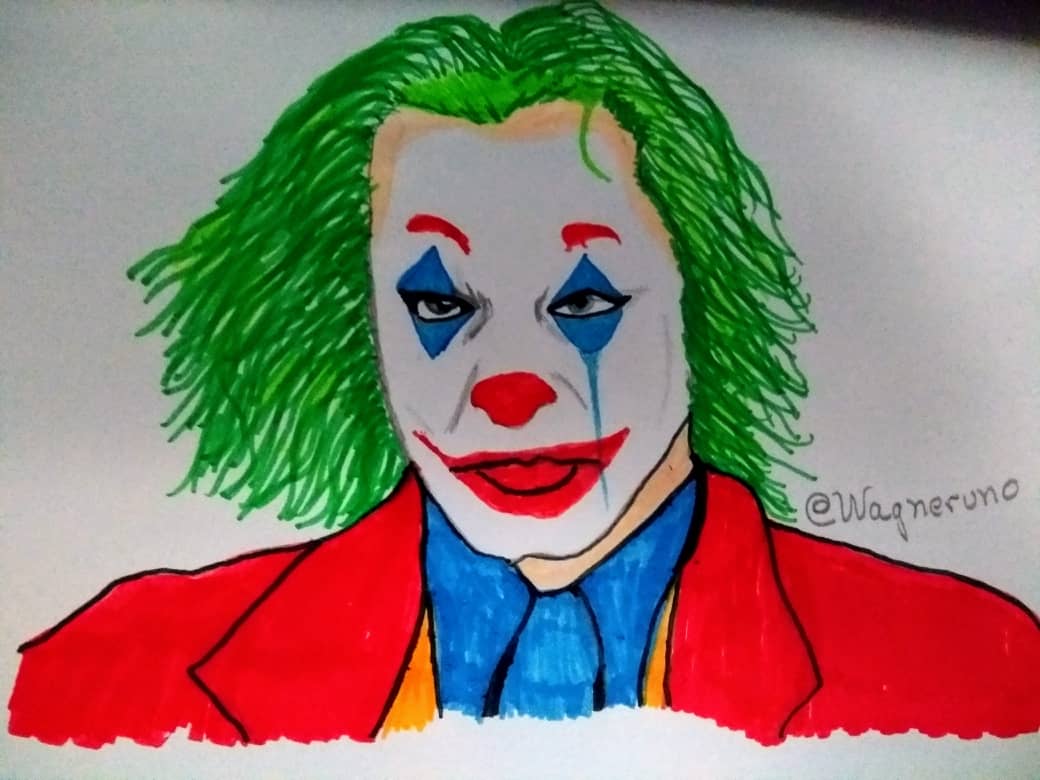 The passion of Arthur Fleck, a man ignored by society, is to make people laugh. However, a series of tragic events will cause his worldview to be significantly distorted, making him a brilliant criminal.

This movie stars "Joaquin Phoenix" who personifies Arthur Fleck who lives in Gotham with his mother, and his only motivation in life is to make people laugh. He acts as a clown in small jobs, but he has mental problems that make people see him as a freak. His big dream is to act as a comedian in front of the public, but a series of tragic events will increase his anger against a society that ignores him.

Then I show you how I was doing my drawing, for you. :)

Phoenix turns laughter into nervous coughs, and the smile is the first symptom of a disease that extends far beyond his body. The best thing about 'Joker is that behind he hides a filmmaker using the borrowed universe and that it is never adaptation that is using him. Joker is an amoral movie, which reminds us that anarchy has an irresistible, even liberating, humorous component.