My 3-Year On-Again/Off-Again Relationship with Steem(it) 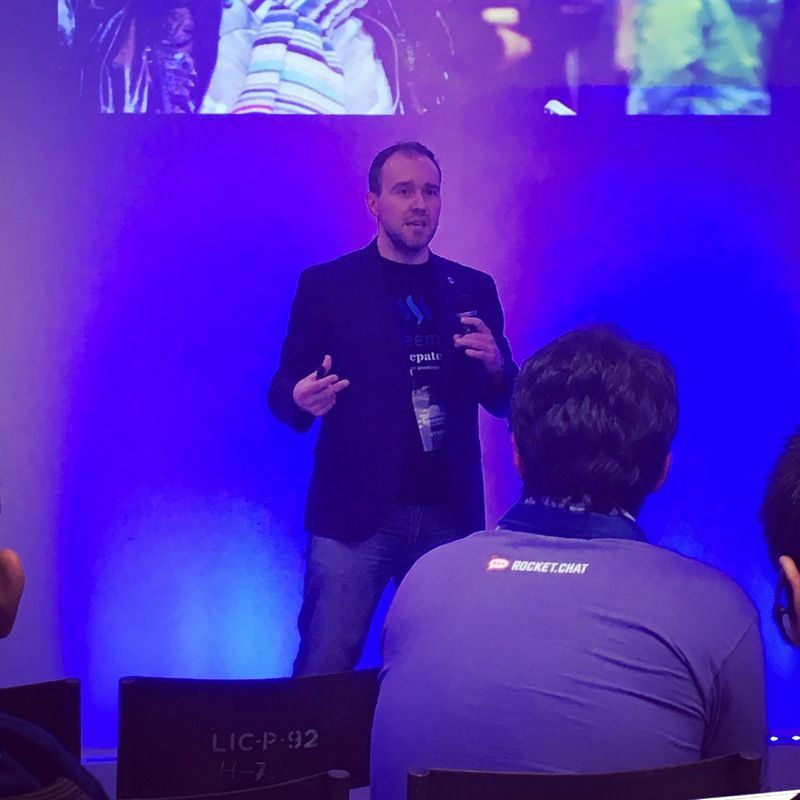 If Steem(it) and I had a relationship status, it would be: "It's complicated."

Throughout our three years together:

The above may seem harsh, but it's true. Steemit — especially early on — was good to me; therefore, I consistently looked at Steem/Steemit with rose-colored glasses. I understand that Steemit isn't Steem and that there are many talented people working on promising projects on the Steem blockchain; however, most of my time/energy has focused on Steemit over the past 3 years, so that's what this post is focusing on. I also understand that almost everyone I've recruited to check out Steemit has left over the past 3 years. (Shout-out to @dragosroua and @rogerkver... two of the few who stuck around!)

Below is a timeline of our relationship:

July 2016 - I'm introduced to Steemit and, as a cryptocurrency virgin, I have no idea where this secret money is being generated from. I see some people making ridiculous sums of money for posts; I see most people making nothing. I pen my first entry: $0. Then my next several entries and comments: $0. "This platform is stupid," I think to myself.

Late July 2016 - I interview @heiditravels in what becomes the first of a "20 questions" interview series that seems to gain traction on Steemit. The community rewards me with an author reward payout of more than $500 USD worth of Steem/SBD. I'm stoked. I run through my kitchen, jump in the air and do a fist pump.

Later July and August 2016 - I focus almost all of my spare time and energy on the "20 questions" interview project. I interview: @katecloud ($80 USD value), @manthostsakirid ($10 USD value), @blockchaingirl ($320 USD value), @piedpiper ($60 USD value), @stellabelle ($17 USD value), @budgetbucketlist ($21 USD value). As a freelance journalist, I'm truly happy with the compensation for my work on these interviews, and part of me even likes the unpredictability of what I'll earn.

August 2016 - I post what would be my all-time most lucrative interview on Steemit: "20 questions with @rogerkver." The author reward is worth more than $4,000 USD. I'm, obviously, losing my mind at this point. Shortly after this interview, Roger (@rogerkver) creates an account on Steemit. I begin to realize the content marketing/recruitment opportunity through these interviews.

August to November 2016- I continue the "20 questions" interview series, focusing on both well-known Steemians as well as outside influencers who aren't yet aware of the Steemit platform. During interviews with outside influencers, almost every single interviewee asks about the payout amount at the bottom of the Steemit posts. Some of them join the platform, others don't; however, they admit there's something unique about Steemit.

November 2016 - I attend the inaugural SteemFest in Amsterdam. Simply put: it was one of the best weekends of my life. Five months prior, I had no idea what "cryptocurrency" meant. But at SteemFest, I was rubbing shoulders with some of the brightest and most creative people I'd ever met. And they didn't look down on my inexperience in the sphere; they were excited that Steemit was a gateway for people like me.

December 2016 - I continue arranging interviews and posting to Steemit. In total, I complete 26 interviews from July to December 2016. I sacrifice sleep and spare time with friends and family to land as many interviews as possible, but it all seems worthwhile.

Late 2016 and early 2017 - I post parts (one chapter at a time) of an unpublished book I'd written several years ago called, The Popular Depression. Some of these chapter receive significant rewards. Others don't. But I'm excited that my first novel is being published on the Steem blockchain, and the community is determining its value.

February 2017 - I interview John Goehrke (the Twitter user who landed a date with tennis star Genie Bouchard). The interview gets thousands of views and brings more eyeballs to Steemit than the top 4 trending articles combined. I expand my marketing strategy to focus on overnight influencers enjoying their 15 minutes of fame, with the goal of leveraging the Internet traffic and interest.

June 2017 - I post about my girlfriend's participation in The Ride to Conquer Cancer. She had set an ambitious fundraising target, and I was hoping the Steemit community would help her reach that goal. The generosity was overwhelming, and thanks to two posts, she surpassed her fundraising goal. Her and I were both blown away by the generosity of this community.

First half of 2018 - My participation on Steemit drops off quite a bit. I do the odd interview with popular Steemians and influential people, but my interest in the platform is waning. I also get increasingly annoyed with purchased bot upvotes and a trending page that is, quite frankly, garbage.

August 2018 - I post "20 questions with Neil Strauss" and it is, by far, the best thing I have posted on Steemit to date. @neilstrauss is someone I've looked up to for quite some time, and it meant a lot that he would take the time to answer my 20 questions.

October 2018 - I post "20 questions with @lordvader" in what would be the last post I put out that would earn more than $50 USD worth of Steem/SBD.

January 2019 - I discover APPICS and am re-energized with passion for the Steem blockchain. The APPICS app looks great, is easy-to-use and is something I could see outsiders being attracted to. My only issue is that my APPICS photo content begins cluttering up my Steemit blog, making my Steemit profile look like a complete mess.

The rest of 2019 up to present day - The vast majority of my content on the Steem blockchain this year has been delivered through APPICS. Rewards range from $0.05 USD to $2 USD worth of value, which isn't terrible considering I'm quickly uploading a photo, which I would be doing anyway on Instagram or other social media platforms. I haven't done a 20 questions interview since January, and I don't feel incentivized to do so.

Going forward - I am still optimistic about Steemit; however, I'm also realistic. Other than APPICS, I haven't come across anything that is going to attract (and retain) my friends. With that said, I may be slightly naive to what's going on because I have lost some of that initial passion I once had for Steemit and Steem.

However, with all of that said, I'd like to end with this...

I am incredibly grateful for everything this community and this platform have given me over the past three years. Sure, rewards today aren't what they used to be, but I don't think the 2016 reward payouts were a sustainable system. From a marketing standpoint, I believe I have contributed to this blockchain over the past three years; I also believe I have been greatly rewarded (both in upvotes and kind words) from the Steem community. So, for all of those reasons, "thank you."

Where will Steem(it) and I be three years from now? Perhaps we'll be broken up completely. Maybe we will be more in love than ever. Or we may just hook up from time to time when the mood strikes us. Whatever happens, there will be no hard feelings... but there will be some great memories.

Congrats - definitely not a boring 3 years

Agreed! It’s been a fun ride so far!

It's definitely complicated. Thanks for your fine efforts.