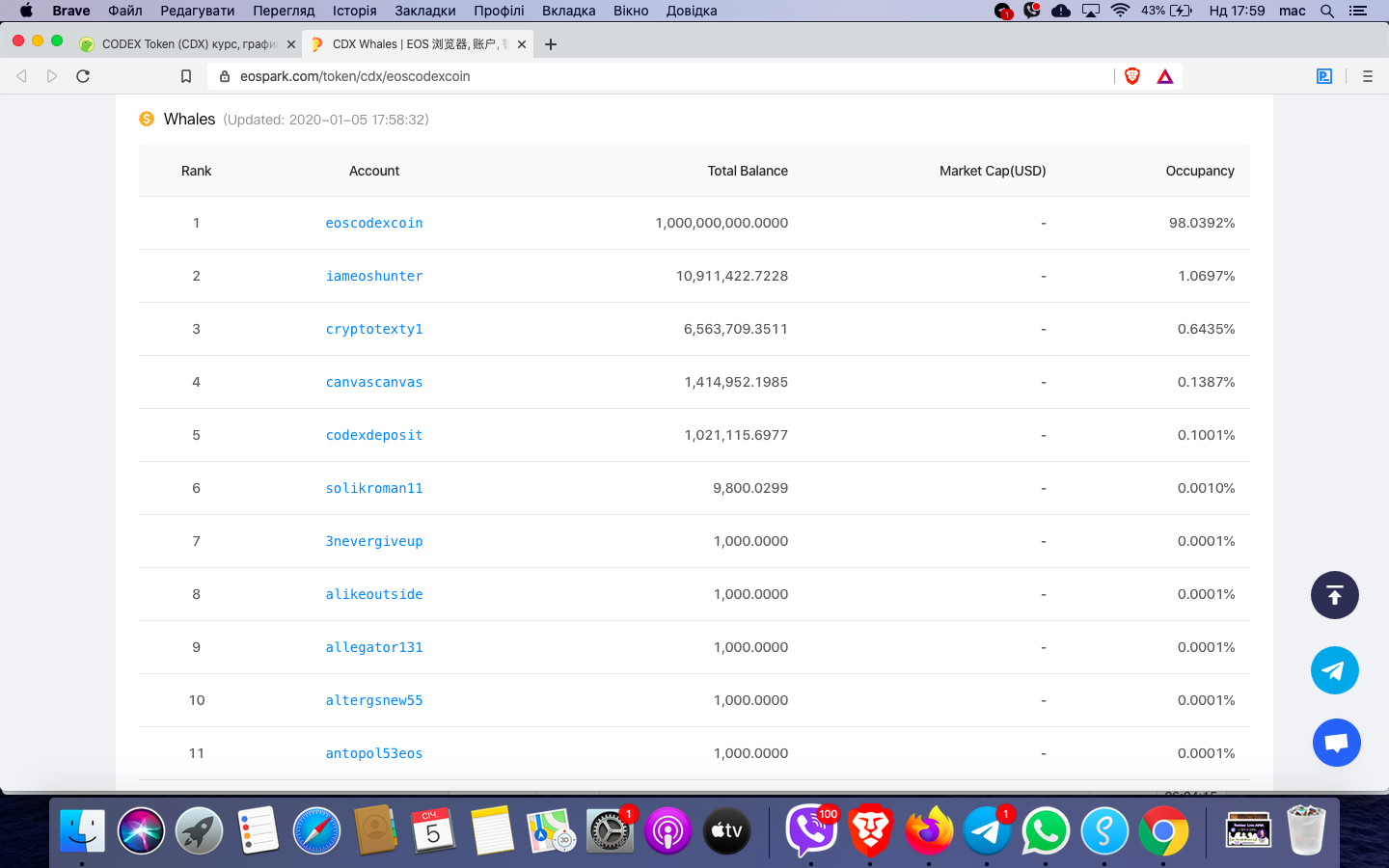 I had significant amounts of this token for a while, but only yesterday I withdrew it from Codex exchange, which is closing

Information from Codex web-site: "CODEX exchange will be closed on 01/15/2020 due changes in the regulatory policy of the European Union. Please withdraw your funds before this date."

CDX token had actually interesting tokenomics. Exchange provided trade mining, every day if people traded certain pairs - they got % of CDX token distributed. (every day 1 million of tokens was distributed).
It was possible and cheaper to pay trading fees with CDX and also those who held CDX tokens received some free crypto each day (if they had at least 1 trade that day).
CDX event made it to Coingecko when exchange was listed there, and later exchange was also listed on Coinmarketcap.

In spring 2019 I remember sometimes it was relatively good amount of crypto. Then exchange stopped giving such loyalty rewards, and then in several months renewed but the amounts were minimal. But the idea was that the bigger is your CDX amounts - the bigger reward you will get. So it gave economical incentive to buy tokens.
In spring it was real to sell this token, and now it's still present, but nobody willing to buy.

"We bought more cdx token
We trust you
Now you say we will close exchange.
I think codex must to buy all of cdx tokens..." - says one member of Codex telegram group

Because Codex is closing soon, I decided to withdraw tokens, may be they will remain as crypto-collection in my EOS account.

In past I liked to say (firstly to myself, but to some crypto-friends as well) - "Now it's crypto-winter, many projects dies and CDX tokens doesn't cost much (As they costed 0.1 satoshi at the time, but volume was very small).
But to have own token is a trend among exchanges. Of course I don't expect CDX to cost like BNB or even KCS, but if there will be crypto-boom - everything will rise. Codex, (which was created by Atticlab, EOS block producer, Tezos baker) will definitely receive it's part of attention and I see the possibility that CDX might cost $0.01 If so - my total amount would be good)"

I was wrong, but still I think there is small possibility that somebody will buy this exchange. Technically it was good, it just lacked traders and marketing. It's always sad when some crypto-project dies...