The yuletide has been quite hectic cause I dedicated it to my clients: but today is for me 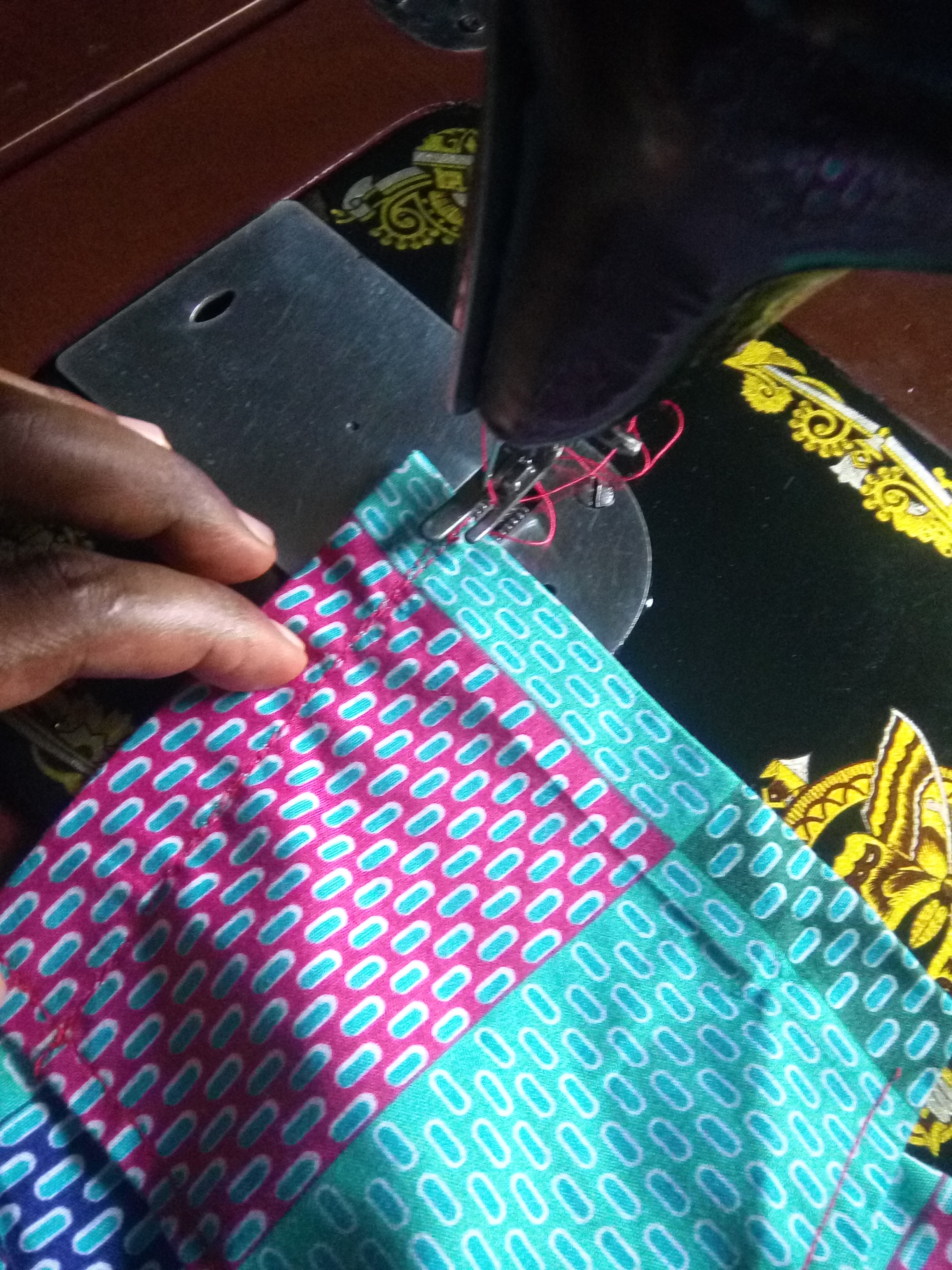 So today after returning from the cross-over night in church at about 2am cause I had to trek home with other brethren through the daring and notorious road, not because I chose to do so, but rather because the tricycle operators may have been in their various homes or returning from church where they went for the cross over night. I also trekked cause I needed to ensure that the female brethren that were living in my neighbourhood were safe.

Enough of the ferry tale. The thing is that today I decided to look after my dressing owning to the fact that the past few days, I have been really busy in school while it was on session that I had no time to sew for my new clients.

Hence, as schools closed, I had no excuse to give my clients, so I went straight ahead to sew for the but forgot to sew anything for myself, talk less of even having time to do amendments on cloths which have long cried for attention. Of course you now the result of procrastination, I was paid with bad coin as one of the tops I sew which I didn’t feel like inserting the pocket made me lose my hard earned money.

Well, I can’t really tell what happened, but I remember collecting some money from a client and tried to slip it into the breast pocket of the native material I wore as my trouser pockets had hole. It was a risk to do so, because the money would slip off without my knowledge. I have lost countless pens, marker and pencils from my trousers, but never learnt the lesson till when I realized a bit too late that the assumed paper which I had thrown into an incinerator last night was actually money. That was two weeks ago before the end of 2019.

Today while I removed the native to wear, I couldn’t tell when I exclaimed ‘’God damn it, the new year must not meet me making such mistake again”. This I said almost simultaneously reminisce the bad experience of losing that money the other time.

And bingo, I picked my scissors to cut a piece of material to prepare a breast pocket for the native so that I would safely put my money there.

And this is how it went within twenty minutes. Let the pics speak.

I used 4'' length by 3'' width
I didn't do the normal pocket design.
I added a stare to make it stand
The I didn't need to use pins to hold the pocket or ascertain the position where it was placed (whether the goes up or down) Note, the pock shouldn't be too high or too low below the chest.

Took it to the machine and stitched it when I was satisfied that it was at the right place.

I had already sowed a nice stitch across the top of the pocket while preparing the piece before attaching it to the body of the cloth.
Note: use a quarter inch stitch to sew round.

My cloth with pocket is ready to wear.