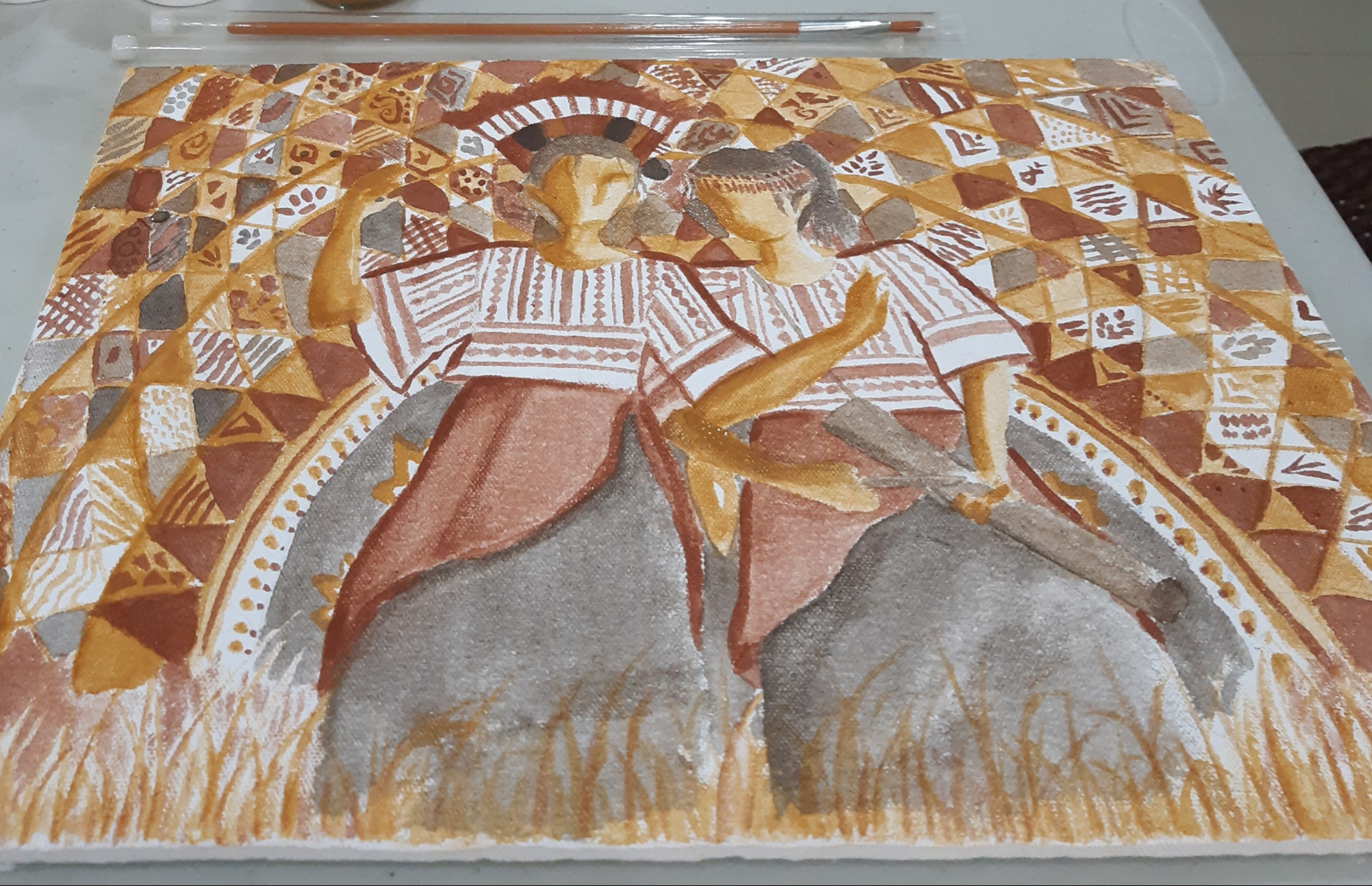 Here in the Philippines the Indigenous people, or who we call Lumads, have greatly influence our culture. The country is rich with musical and oral traditions that we annually celebrated in different dates, Kaamulan is one the festivals  held in the Philippines, the festival starts every March 23 till April 23, it is a long celebration of street dancing, music fest, food trips and visiting the parks, these festivals are held to pay tribute to our ancestors who are part of the seven tribes and preserve the tradition that was passed down from many generations and it is only celebrated within one city called Malaybalay City.

In tribute to the older generations, locals who are passionate about traditional music and art had opened a small event for anyone interested in Soil Painting.

I had never tried Soil Painting and it is a new experience for an artist who had always used colorful materials, unlike the usual paint and pencils, the artwork is made by the use of the most abundant elements of nature, which is earth.

This was my artwork back in 2019 which I named sisters, this was created with a vision of women in their indigenouss clothes dancing and playing their handmade instrument, I tried painting the symbols and patterns that is associated with the clothes on the tribesmen that is behind the two figures. I wasn't planning on joining at first but to pass the oppurnity that was infront of me had made me feel uncomfortable when I thought of it. So there I joined in, did my best and for my first soil painting, it wasn't that bad.

I didn't really know what kind of connection the Philippines has with music. This painting looks timeless like a dream. It is like an image that is far away but very special, very profound. It is also simple and therefore symbolic. I love it.